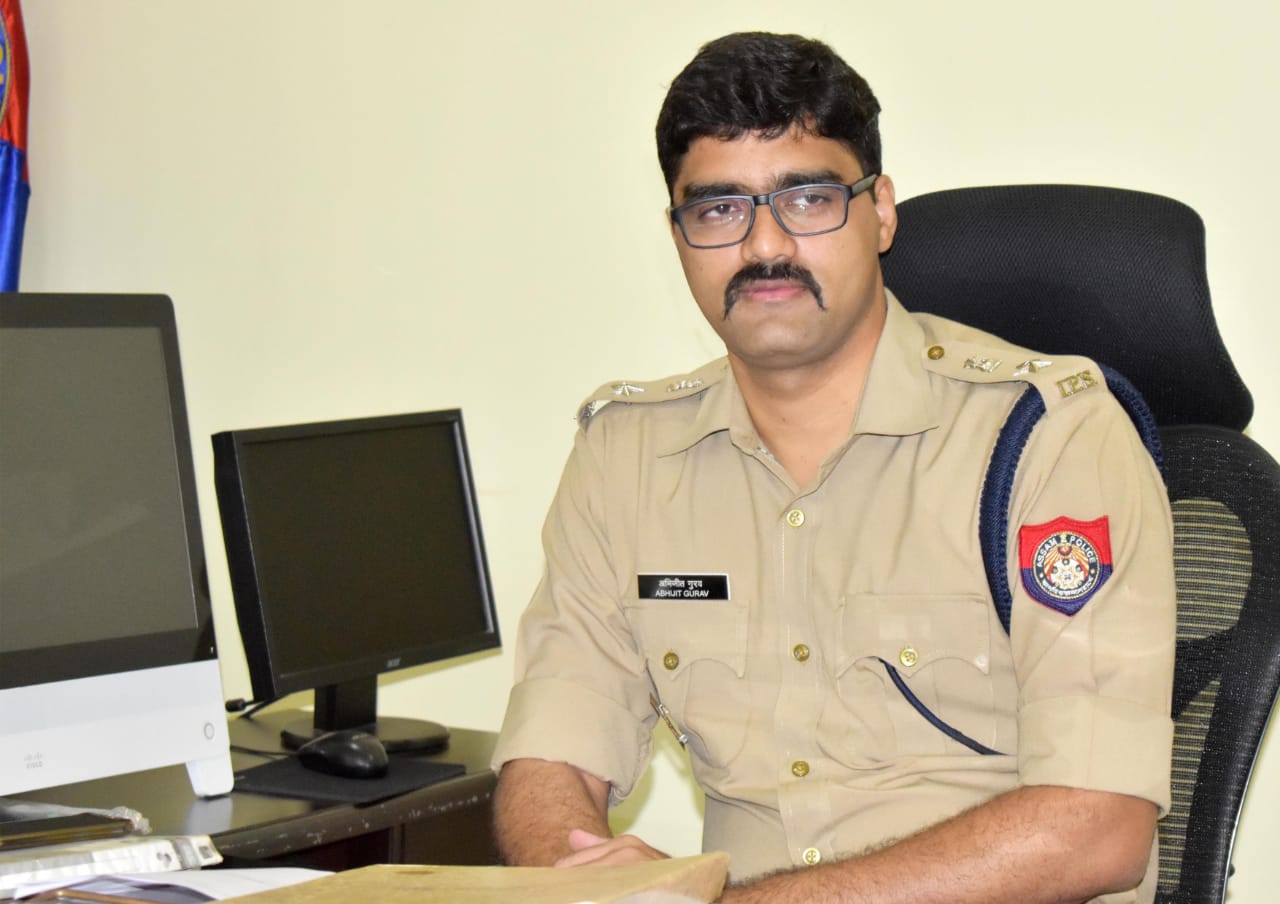 The social media viral gimmick ‘Rasode mei kon tha’ has caught the attention ofKhaki men. So nooner that the rap by Yashraj Mukhate took over the internet, Assam Police joined the bandwagon with a unique flair. Assam’s Nagaon Police, known for its tongue-in-cheek humor, took to twitter to inform about a drug bust through a quirky dialogue from TV show Saath Nibhaana Saathiya, leaving netizens in splits.

Assam Police is known for their innovative ideas that instantly catch social media attention. This time they have grabbed attention by announcing their feat in a drug seizure venture.

“Basic motive behind our tweets with catchy and humorous words is to attract the attention of people and create social awareness. At this age of information technology social media has become the primary source of information. Putting things on social media ensures that people, especially the youngsters, read them. Our motto is to attract the attention of the young generation as a first step towards social awareness,’ shared Abhijit

Nagaon Police believes everybody has talent and has made the fight against drug menace an inclusive affair by accepting innovative ideas right from constables to higher officials.

“The ideas come from anyone and everyone associated with Nagoan district which are submitted to the Superintendent of Police for approval before being posted on social media for awareness building.  There is a dedicated police team in charge of social media affairs but ideas from all rank of police officials are taken into consideration before making any social media post,” he informed.

The fight against Drug menace has always been tough, however, Nagaon Police has extended a helping hand to counsel and rehabilitate the drug addicts who often shy away from help. With an aim to aid drug users and pull them out of darkness, Nagaon Police launched a project titled ‘Sahai Hotline’ last year that facilitates counseling sessions. However, no mercy is shown towards the ones engaged in drug peddling. Due to COVID19 pandemic, the Sahai helpline was discontinued but is back in action from this month.

“A clinical psychologist is associated with Sahai helpline, who counsels people. We have appealed to the people of Nagaon, to inform us about drug addicts, be it at their homes, in the neighborhood or anyone they know as seeking help and counseling. We have started a centre in the SP’s office itself, where an initial counseling is done. If required our partner doctors also provide medication. But in case of critical cases, we refer them to the drug rehabilitation centers of Assam,” notified the Superintendent of Police.

The Nagaon Police has in recent times intensified operations across the district to combat the burgeoning drug menace.

“I joined in February and have taken a special drive to make fight against drugs, a priority. During last seven months, we have registered more than 60 cases, have arrested more than 135 criminals and seized about 66 thousand tablets which are used as drugs, 17 thousand codex bottles, 1.5 kgs of suspected heroin, 400 g of brown sugar and 12-13 kg of ganja. Basically our fight against drugs consists of two parts; in one hand we act against criminals and drug peddlers and on the other hand we try to sensitize the consumers who are not criminals, but hapless addicts needing treatments. We launch social awareness through our social media accounts on twitter, facebook and instagram, to make people aware about the menace of drugs,” added the cop.

India’s 1,643 km long border with Myanmar puts the country, especially the Northeast, in a vulnerable position as far as the drugs problems arising from the dreaded Golden Triangle is concerned.

The country is wedged between the world’s two largest areas of illicit opium production, the Golden Crescent and the Golden Triangle. This proximity has traditionally been viewed as a source of vulnerability, since it has made India both a destination and a transit route for opiates produced in these regions.Drug trafficking has been a major problem in India’s northeast, but this menace now threatens to encroach new areas. What is worse is that not only drugs from Golden triangle is coming into India, some of the routes are also being used to smuggle narcotics out of India. Thus, it has now become a two-way route for illegal trade in drugs. In the Northeast, drug lords of the infamous Golden Triangle have found a safe haven in the virtually un-administered region at the tri-junction of Myanmar, Thailand and Laos. They have shown an increasing tendency to smuggle brown sugar and heroin through Northeast India to the rest of the country, as well as to the outside world via Indian and Bangladeshi ports and airports. Assam Police believes that narcotics, particularly heroin and brown sugar, manufactured by the drug lords in the Golden Triangle, where high-grade poppy seeds are produced in abundance, find their way through the Tamu (Myanmar)-Moreh (Manipur)-Nagaland-Assam, Myanmar-Mizoram-Assam, Mizoram-Barak Valley (Assam)-Bangladesh routes. In the process, Guwahati, the gateway to the north-east, reportedly has become the primary transit point for drug trafficking.

“There is the Golden Crescent and the Golden Triangle; the latter produces huge amount of opium based drugs. This particular area serves as a transit area for the rest of the country. Nagaon District is situated near both Dimapur and Guwahati and drug menace in the region has always remained a worrying factor,” rued Abhijit .