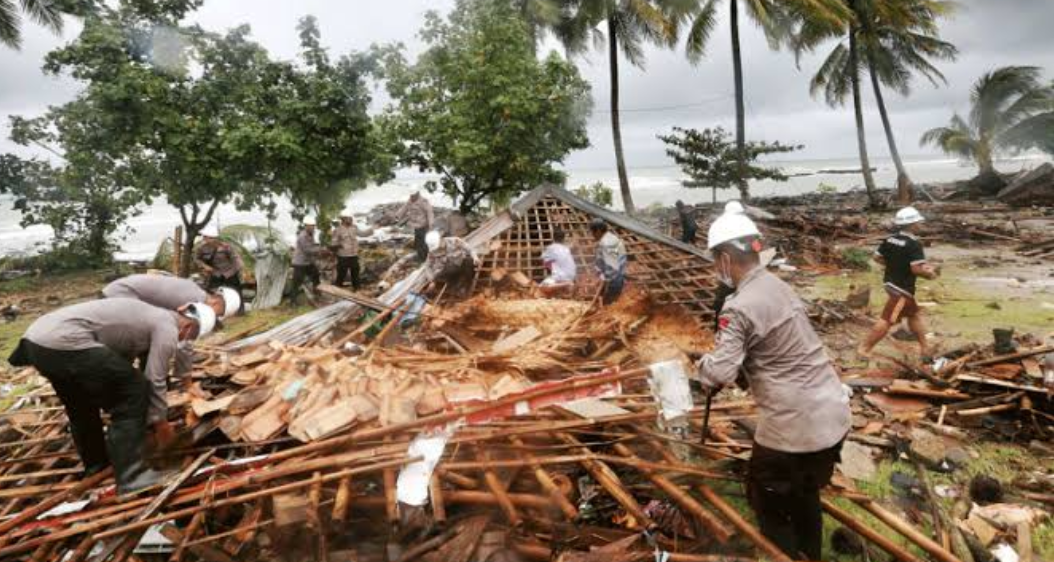 Natural calamities not only impact lives and property but also have devastating effects on the economy and can cause a considerable set back to the developmental efforts in a region or state. For this, looking beyond the provision of immediate relief alone is very critical and therefore, a relook at reframing of governance and associated decolonisation of the archaic laws is integral, reflecting the voices of the thousands whose suffering needs to be told and highlighted .

Disaster management mechanisms and policies have undergone many changes over the years. Many would like to consider 2001 as a cut-off year of the sort after the earthquake in Gujarat’s Kutch area took place, initiating a change in India’s response to a disaster, according to many.

The tremors lasted just two minutes but left nearly 20,000 people dead and around 1.67 lakh injured with over a million structures destroyed. The ancient city of Bhuj was flattened. It was only after this earthquake, a hazard risk and vulnerability atlas, the first-of-its-kind in the country, was developed to assess the danger from earthquakes, tsunamis, floods, cyclones and droughts, besides chemical and industrial disasters. The model served as a paradigm for building a national response to variegated calamities.

Cut to present. Almost two decades down the road, Super Cyclone Amphan, that has devastated millions of lives in the Sunderbans, a tidal forest on the shore of the Bay of Bengal, has again thrown up more questions than one — have we done all the right things? Have we faltered anywhere? If so, where? What needs to be done? What is the way forward?

The questions come up more in the wake of the fact that the Sunderban region has long been in a state of structural dysfunction, bringing great harm and impoverishment to millions. This impoverishment is not a natural state or determined purely by the fragile ecology but rather, it is the result of human agency, policies, laws and institutions.

As the fault-finding goes on, one must keep in mind that beyond disaster relief, ‘rebuilding’ the Sunderbans will be a monumental task — one that cannot repeat past mistakes. It must be attuned to a climate-stressed world where rising sea levels and cyclones will continue to batter the region, which is the largest delta and mangrove forest on earth.

Now, why do we need urgent interventions to ensure that a proper disaster management policy is in place, which, in turn, would ensure a stronger economy in the region?

“Many studies and research works have shown that there has been a high level of apathy towards development in the region from local government bureaucracy, especially the IWD. The state chooses whether or not to respond, with local people unable to take part in any meaningful sense, in the decisions that govern their lives. For example, many studies have found that this centralised control was at the heart of poorly built infrastructure and the misuse of resources after Cyclone Aila in 2009. Besides, decisions about embankments could be democratically controlled, through legislative reforms by the communities whose lives depend on their maintenance. Communities need to be empowered — both through the provision of resources and legal power — to create an environment where people and nature can thrive together. Unfortunately, nothing has been done in this regard,” says Rabin Roy, an IIT Kharagpur alumnus and founder of SustiKnow Advisory.

The embankments of the Sunderbans protect the islands where people live and are vital to their safety and livelihoods. When an embankment is breached, saline water enters farmland and food can no longer be grown. A downward spiral often follows, as people move into further marginalised activities (such as collecting prawn seedlings), or migrate under precarious conditions. Embankment law in the state of West Bengal has not changed much since the colonial era: the Bengal Embankment Act is almost 140 years old. Today, this legislation operates in a completely different social and ecological reality, points out Roy.

Mind you that the existing set of laws in the state vest complete power in the state bureaucracy, the Irrigation & Waterways Department (IWD). Under the law, the embankments are government property. The department is the ultimate arbiter of where, when and how embankments are built and maintained. These decisions are life-and-death issues for the people who live in the Sunderbans.

That’s not all. There is also an urgent need, as Roy says, to update the science and knowledge embedded in the way embankments are built. The Bengal Embankment Act assumes a fixed distinction between land and water, as the British based the law on the geography of their own rivers. But in the delta which makes up large parts of eastern India, the border between land and water is constantly changing. Concrete embankments assume a clear demarcation but this is not possible in the region.

Quite in line with Roy, many experts working in the belt, feel that the Sunderbans has been limited to protecting tigers or forests, largely at the expense of communities. Recently, a planned relocation of populations in the Sunderbans to create buffer zones has been advocated by some researchers. There is no denying the fact that mangroves, migration, embankments and eco-tourism will all have some role to play in rebuilding efforts. But, a reframing (and decolonising) of governance and law is long overdue. The rights of residents need to be reflected in law and policy. Ignoring the voices of the suffering has been central to the story of the Sunderbans.

In the overall scheme of things, the Sunderban story is just a case in point.

And R K Pachnanda, former Director General, National Disaster Response Force, is quite positive about the kind of things and initiatives, which have shaped up over the recent years.

“Purely humanitarian force has responded promptly and professionally in saving lives and livelihood and sensitising and preparing communities through the National Capacity Building programmes. In the past five years, early warning, information management and weather forecasting systems have been evolved by the Indian National Centre for Ocean Information Service which sends constant alerts and advisory services. The Indian Meteorological Department has revolutionised weather monitoring with the help of remote sensing techniques. The Indian Space Research Organisation (ISRO) has evolved a comprehensive space-based disaster management system. Community-based disaster risk management programmes, for millions residing in remote and high-risk areas to tackle the onslaught of calamities, have been organised, leading to a transformational reduction in loss of life. The same trigger has been applied at the national, state and district levels. Vulnerable public buildings have been retrofitted and evacuation plans are in place with a mission to reduce the loss of property and lives. The NDMA has done yeoman’s work in coordinating enforcement and policy implementation with the states and all stakeholders,” says Pachnanda, in a recently signed article.

All these issues assume great significance as natural disasters such as earthquakes, floods, typhoons and hurricanes inflict serious damage and so seem to be bad for the economy. For firms, natural disasters destroy tangible assets such as buildings and equipment — as well as human capital — and thereby deteriorate their production capacity.

According to a UNDP study report, the traditional perception has been limited to the idea of “calamity relief”, which is seen essentially as a non-plan item of expenditure. However, the impact of major disasters cannot be mitigated by the provision of immediate relief alone, which is the primary focus of calamity relief efforts. Disasters can have devastating effects on the economy; they cause huge human and economic losses and can significantly set back development efforts of a region or a state. With the kind of economic losses and developmental setbacks that the country has been suffering year after year, the development process needs to be sensitive towards disaster prevention and mitigation aspects. There is thus a need to look at disasters from a development perspective as well.

Indro Dasgupta, Adjunct Faculty, Department of Economics, Southern Methodist University, Dallas, Texas (US), says disasters lead to enormous economic losses that are both immediate as well as long term. As an immediate fall-out, disasters reduce revenues from the affected region due to lower levels of economic activity leading to loss of direct and indirect taxes. In addition, unplanned budgetary allocation to disaster recovery can hamper development interventions and lead to unmet developmental targets. Disasters may also reduce the availability of new investment, further constricting the growth of the region. Besides, additional pressures may be imposed on the finances of the government through investments in relief and rehabilitation work.

Those living in developing countries and especially those with limited resources tend to be more adversely affected. With the alarming rise in the natural disasters and vulnerability per se, the world community is strengthening its efforts to cope with it.

“Mind you that generally, the geophysical setting with unplanned and inadequate developmental activity is often a cause for increased losses during disasters. In the case of India, in particular, the contribution of over-population to high population density, which in turn results in escalating losses, deserves to be noted. This factor sometimes tends to be as important as physical vulnerability attributed to geography and infrastructure alone. Many parts of the Indian sub-continent are susceptible to different types of disasters owing to the unique topographic and climatic characteristics,” says Prof Dasgupta.

He adds: “India is one of the most vulnerable regions in this regard in the world. And therefore, natural disaster management should emerge as a high priority for the country. Going beyond the historical focus on relief and rehabilitation after the event, India must look ahead and plan for disaster preparedness and mitigation, in order that the periodic shocks to our development efforts are minimised”.