In present situation, needed to do political series like Rokto Polash: Kamaleswar Mukherjee 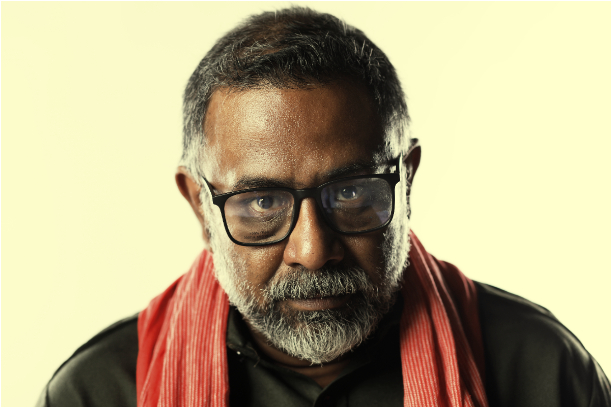 If you browse through Kamaleswar Mukherjee’s Facebook account, you would know his political stand. However, when many of his contemporaries in the Bengali film industry have campaigned for certain political parties, Mukherjee never rallied for any party in particular. He considers himself blissfully aware of everything happening “politically” around him. In fact, that has led him to make a new Bengali web series, Rokto Polash, starring Silajit in the lead. The director also plays a crucial role in the series, but refuses to divulge.

The Chander Pahar director, who shot Rokto Polash in Belpahari, Jhargram and parts of Purulia in West Bengal, has tried to present a political statement through the web series. “In this present situation, I felt the urge to do the political series. This is because, I feel the new generation is looking forward to such series,” he says.

Political films are nothing new in Bengal. Since the time of Satyajit Ray, Mrinal Sen and Ritwik Ghatak, political films have been made. However, with time, the language of these films have changed and so have the messages. At times, some films have become mouthpieces of the establishment.

“Every film, be it mainstream or parallel, has a political language. However, I am very much hopeful that films with political and social comments will soon rule the roost,” says Kamaleswar Mukherjee. Recently, his acting in Dev and Rukmini Maitra-starrer Kishmish has been appreciated too.

In Rokto Polash, which is streaming on Klikk, we see seven urban people visiting a resort in Jhargram. However, as the plot thickens, their masks come off and their wild sides are revealed. “We wear masks of modernity and civilization, but then once we are in the jungles, the masks are off. We tend to show our animal instincts,” informs the director, who is contemplating a series on the 2015 Robinson Street skeleton case in Kolkata.