More
More
HomeEntertainmentAll About EntertainmentNever did I imagine Godard would pass away when my film opens...

Never did I imagine Godard would pass away when my film opens in theatres: Adieu Godard director 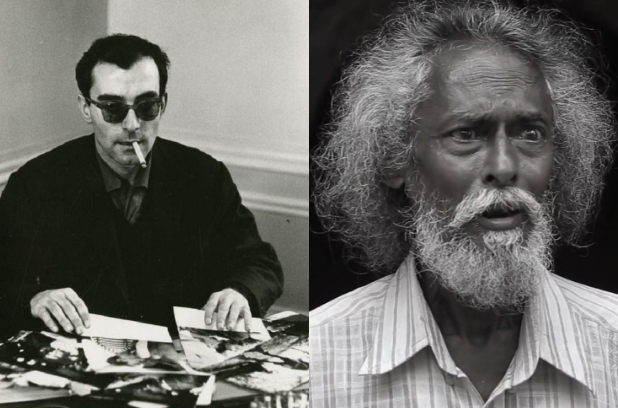 2014. Jean-Luc Godard’s 3D feature film Adieu au Language or Goodbye to Language has been released. It was during that time Kolkata-based director Amartya Bhattacharyya had started writing the script of his film, Adieu Godard.

Cut to September 13, 2022. Adieu Godard has released in Odisha and this Friday, it will hit Kolkata and Mumbai. But pioneer of French New Wave cinema Jean-Luc Godard left the world on Tuesday at the age of 91.

From Satyajit Ray, Quentin Tarantino, Martin Scorsese and Bernardo Bertolucci to every filmmaker like Amartya, Godard has influenced all. He followed no rules, and created his own world of cinema and the movie buffs watched with absolute awe his creations like Breathless, A Woman is a Woman and Our Music.

The death of Godard has come as a major blow to Amartya. As someone who grew up watching Godard and his no-rulebook-follow-filmmaking techniques, Amartya wanted to pay tribute to his master through his dark comedy. Amartya’s critically-acclaimed Odia movie Adieu Godard had been released in Odisha and would soon release in Kolkata. It won the Best film award in the Indian Language competition at the 27th Kolkata International Film Festival 2022. But then, he never imagined the master filmmaker would leave the world the moment his ‘tribute film to Godard’ is in the theatres.

“I had posted three promotional posts on Tuesday regarding Adieu Godard and was about to post the fourth one when I received the news of his death. I paused and couldn’t post. The news came out of nowhere. Although he was 91, and I understand it’s a part of nature to leave the world, the timing of his death has hit me hard, ” he said.

Adieu Godard is a socio-cultural comic tribute to the legendary French-Swiss filmmaker. Shot entirely in Odisha, it narrates the story of an old man Ananda, who happens to be a pornography addict. One day, they accidentally come across Godard’s film (Breathless). Ananda gets attracted to Godard’s film and gradually develops an obsession. He initiates the idea of hosting a film festival in their village where Godard’s films will be screened. Adieu Godard won the Best film award in the Indian Language competition at the 27th Kolkata International Film Festival 2022.

Initially when Amartya first learnt about Godard’s death, he didn’t know how to feel. He said he wanted to pay tribute to Godard but never in a grave way. “My film is very simple and enjoyable, yet it has a lot of impact in terms of how the cross-cultural aspects of our society are brought to light. It’s a very entertaining film but today, the title of my film has taken a grave turn,” he said.

Amartya has earlier directed Bengali films like Runanubandha – The HE without HIM and Odia films like Khyanikaa – The Lost Idea and Capital I. This time, he chose to base Adieu Godard in Odisha to bring about the contrast between French new wave cinema and indigenous culture in Odisha villages.

“Bengal has a history of film societies. It was the old British capital and has seen the Mughal penetration for which there is a cross cultural exchange in the state. So, the exposure to the outer world in Bengali villages and suburbs is much more as compared to a indigenous culture in a Odisha village or Chhattisgarh. The outer world has not really penetrated in those parts. I wanted to place my film in a milieu where the name of Godard would be an alien word itself. This alienation works well in Odisha because the humour generates from this alienation,” said the director, who’s next film is on Cyclone Fani.

Last year, Godard was honoured with the Lifetime Achievement Award at the 25th edition of the International Film Festival of Kerala (IFFK). Due to Covid-19 pandemic, he participated in the ceremony virtually. Celebrated filmmaker Adoor Gopalakrishnan had accepted the award on his behalf.