No one can fill Akshay Kumar’s shoes: Kartik Aaryan on Bhool Bhulaiyaa 2 success 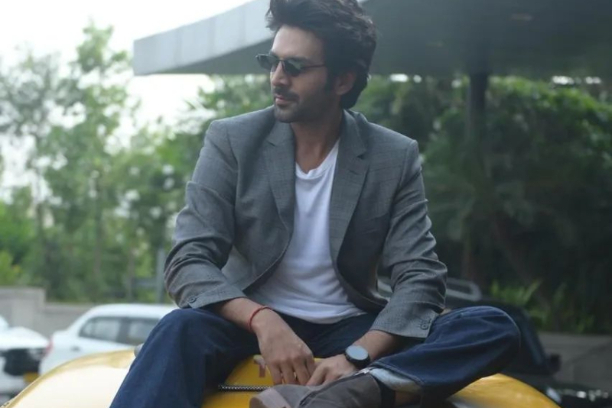 Kartik Aaryan’s latest film Bhool Bhulaiyaa 2 has entered the Rs 100-crore club in just 10 days, making him the current heartthrob of the nation. But then, Gwalior’s Kartik is not ready to forget his struggle. In fact, he is proud of “those days” and wouldn’t have wanted it any other way.

This Navi Mumbai engineering student, who skipped classes and travelled two hours to attend auditions, has “no regrets”. So, what Kartik and Karan Johar have had a fallout, which led to the actor’s exit from Dostana 2?  “I am proud of my struggle. I would not have wanted it any other way. My struggle has helped me a lot. I don’t have regrets either. Whatever time and effort it took me to reach here, I am proud. I am proud of all the highs and lows. I don’t want to jinx anything,” he smiles.

Kartik was in Kolkata to launch the song, Ami Je Tomar from Bhool Bhulaiyaa 2. Though the song gives out details about the film and comes at a crucial juncture, the actor says he and the team were inundated with requests from fans to release the video format of the song. “And what better place than Kolkata to launch Ami Je Tomar,” says the Pyaar Ka Punchnama actor.

Though Kartik had a good run at the box office with films like Sonu Ke Titu Ki Sweety, Luka Chuppi, and Pati Patni Aur Woh, he also faced a low with Love Aaj Kal 2. However, for Kartik, it’s his innate self-confidence that keeps him going. “Even after a lot of rejections, I didn’t let my self-belief suffer. My main aim has always been not to let my self-confidence go down. You have to work on yourself despite all challenges,” he says.

Bhool Bhulaiyaa 2 is the second installment of the 2007 psychological thriller starring Akshay Kumar. However, Kartik wasn’t in two minds when the offer came his way to act in the Anees Bazmee film. “I was actually excited when I got the opportunity to work in Bhool Bhulaiyaa 2. I wanted to grab the opportunity. I was really happy that the producer, director and people associated with the film had the belief in me that I could carry a film as big as Bhool Bhulaiyaa 2,” he says.

He didn’t let the pressure of acting in a franchise earlier headlined by Akshay Kumar bother him.  “Coming to Akshay sir, no one can fill his shoes. He is a superb actor who had performed so brilliantly in Bhool Bhulaiyaa. I have always been his fan. So, I never tried to put any pressure on myself by trying to fill his shoes. Thankfully, I never experienced the pressure as well since the story and the character were different. Bhool Bhulaiyaa 2 was not a remake of the first version. So, the audience reacted in a way we wanted them to react. Bhool Bhulaiyaa 2 is a separate film and it stood on its own,” says Kartik.

Bhool Bhulaiyaa 2 has won the box office and also the critics. Kartik himself admits the film has surpassed all expectations. So, what attracted him to say ‘yes’ to Bhool Bhulaiyaa 2? “When I read the script, I liked its twists and turns and the climax. I react to a script like an audience. The script had engrossed me a lot. I was also excited because I was doing the horror-comedy genre for the first time. I have been a part of comical situations or comedy films but not the horror-comedy genre. I had got opportunities to give some typical expressions. So it was a win-win situation for me,” says the actor in Kolkata, who is seen doing Tandav in Ami Je Tomar for the first time on the big screen.

Meanwhile, the actor is also open to doing Bengali films if a ‘good script’ comes his way. As for the Bengali that he spoke in Bhool Bhulaiyaa 2, he had a tutor who taught him with the accents. “It was important for me to be perfect with even the smallest accents. It was tough for me. Also, I had to dub as well as during the scene. Since I was speaking in Bengali for a long duration for the first time, I was facing grammatical errors but finally, we pulled it off. I was really and happy with the kind of reactions drawn from this scene,” Kartik says and flashes his cute smile.