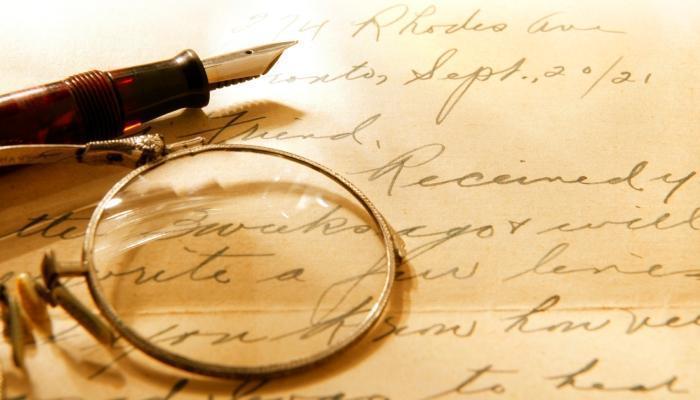 Human mind is mysterious and Graphology is a scientific tool that helps us to uncover that mystery. Graphology is the science of handwriting analysis which reveals a person’s mental and emotional state, behaviour patterns and so much more.

Mr. Mohan Bose, a practicing graphologist for more than 32 years, established Kolkata Institute of Graphology in the year 2002, where he began teaching this science of Graphology. Over the years he developed an extensive course with advanced scientific research evidence from all over the world and also provides Graphotherapy, a form of psychotherapy done through modification of handwriting of the clients.

In an interview with Mr. Bose, we learned a little bit about his mission, his journey and about Graphology as a science.

Graphology: The science of handwriting

Contrary to popular belief, Graphology does not involve ‘reading’ what has been written on paper nor does it look at the aesthetics of the writing. Graphology is a scientific tool that looks at how a writer forms the graphic structures on paper. These graphic formations reveal what even the writer can’t, that is, his thought patterns, his mental health, his behavioural tendencies as well as some aspects of his physical health. It is an efficient diagnostic tool as it is not dependent on the writer’s verbal reporting or conscious writing subject, but reveals the inner cognitive and emotional states of the individual. Every time an individual picks up the pen to write, millions of neurons start firing in the brain as the brain begins coordinating multiple processes which helps to produce the handwriting. This involves accessing the learned patterns of letter, memories, the language, the subject matter or the thoughts that the writer is attempting to access to put down as writing on paper. As the writer begins writing on paper, their focus is on the subject matter and not on the formation of graphic structures of letters, words and sentences. However the neural impulses of the brain get reflected in the handwriting formation and it is the job of the Graphologist to interpret the meaning of these graphic formations.

Graphology is an age old science, and scientists from all over the world studied these graphic structures individually and the behavioural or personality traits they represent. Handwriting of a given person divulges at least 30 to -70 hidden traits and unlimited number of behaviour and emotional patterns which the writer may or may not be aware of. Some of these are emotional or childhood trauma, our sociability, emotional intelligence, levels of introversion/extraversion, physiological health problems, adaptability, intellectual/material inclinations, motivation, maladaptive patterns, aggression, relationship issues etc. Trained graphologists can also tell us from these traits which genre of career would a person be most likely to excel in. Partners intending to marry can also find out their compatibility through their handwritings.

Human behavior is learned behavior. Children learn most of their primary behavior and emotional understanding during the first seven years of their lives from parents, caregivers and their social circle. Their beliefs and ideas about their own identity also develops during this stage. It has been found that children learn most of their manipulative behavioral patterns also from observing parents, and immediate social circle which mostly comprises caregivers, family and teachers. This is the most crucial time for them to learn autonomy, agency, self esteem, resilience, decision making, secure attachment, and identity. “If mother says to wear a red frock and a father says to wear a blue frock, this confuses a child and absolutely takes away the capability of decision making by their own” says Mr. Bose. Children also mimic the relationship patterns that they observe between their parents, and other family members, which contributes to the way they handle relationships later in their adolescent and adult lives. All of these are reflected in the handwriting of a person and can be modified to ensure the emotional and social well-being of the person.

Graphotherapy is a form of psychotherapy where behaviour modification, emotional & attitudinal adjustments are achieved through modification of one’s handwriting. Graphotherapy, like psychotherapy can be done only by a trained professional of Graphology. This form of therapy has proved to be extremely beneficial and has helped over hundreds of clients from children to the elderly. Individual resistance is a huge component to battle in other forms of psychotherapy, where the client’s conscious resistance to either divulge sensitive information, or the resistance to adjusting to modified behaviour hinders improvement of mental health. This factor does not exist in Graphotherapy as all the client has to do is practice handwriting as suggested by the Graphologist and that reprograms their subconscious or learned patterns  in the process.

Establishing the Institute of graphology in Kolkata was Mr. Bose’s individual mission. He saw the value in this scientific tool especially in a time when mental disorders contribute to the disease burden of our nation heavily. He single-handedly started this institute however it wasn’t long before he was joined by educators, psychologists, doctors, surgeons and many enthusiastic associates from diverse backgrounds. The response he received was overwhelming and soon the institute had a faculty and governing body of esteemed members.

In a city like Kolkata which has been the hotspot for development of psychology and psychoanalysis in India, it wasn’t easy at first to establish this science. Traditional psychologists initially were sceptical indeed, but not for long. Graphology was soon picked up as a research topic and cocurricular by the students and teachers of Calcutta University, Christ University of Bangalore, National Forensic Science University of Gujrat to name a few. Very many schools and institutions in Kolkata, Guwahati, Raipur, Burdwan, Dehradun have also conducted workshops and collaborated with the institute on several occasions. “In forensic science there is no statute as to who should be stamped as handwriting expert” mentioned Mr. Bose. Any person who has sufficient experience and been accepted by the society as so is considered as a handwriting expert. Graphology contributes to the Forensic sciences where handwriting script is examined to determine cases of forgery. Apart from this, Mr Bose has trained Indian Defence Personnel and is also the faculty in University of Calcutta, Post-Graduate Diploma course on Family Counselling.

Mr. Mohan Bose was continuously encouraged by his students to write and publish a book on graphology. Although hesitant at first, he has written 4 books by now: Research Methodology and Psychology of Graphology, Handwriting Analysis for Beginners, Rabindranath ThakurerHatherLekharBichar O Visleshon, Graphology- An insight into one’s capabilities. He is currently writing his next book : Graphology as a Diagnostic Tool.

There are some who find it difficult to accept Graphology as a scientific tool. Mr. Bose encourages sceptics to learn about this subject first before commenting on the validity of Graphology as a scientific tool. He is confident that the scepticism comes from lack of proper knowledge and insight and that once people learn from appropriate sources the science behind this subject, nobody would doubt the legitimacy of Graphology.

Mr. Mohan Bose wants to keep on working and helping people. His mission is to train students as much as possible in graphology and his vision is to see at least 1 graphologist in every family.