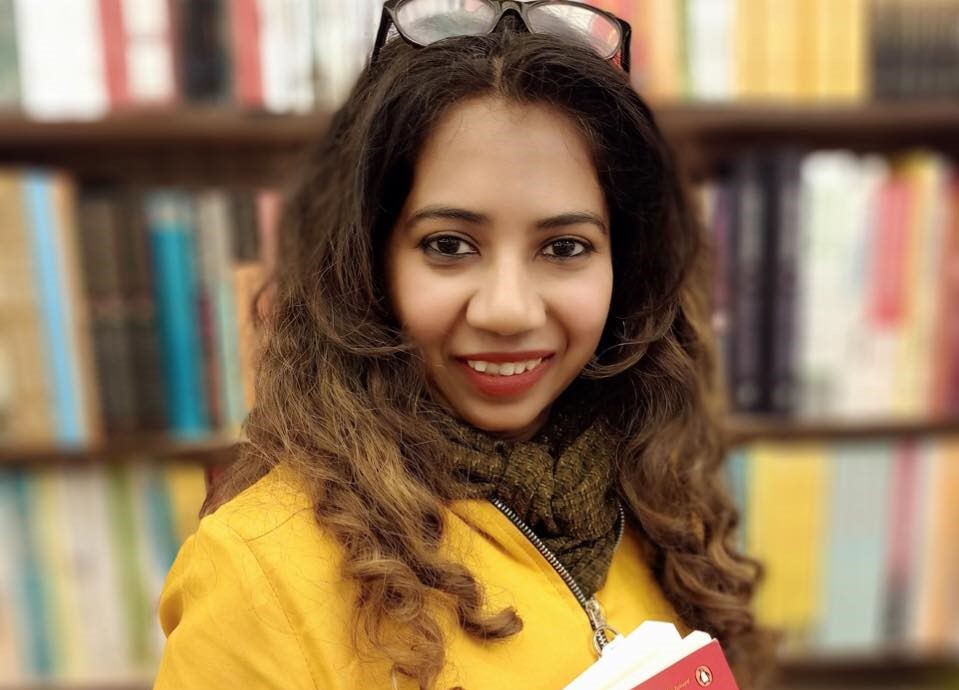 Nirali Bhatia, a cyberpsychologist and psychotherapist, founder of Cyber B.A.A.P., talks about the Internet having an overwhelming impact on our lives with cyberspace becoming an unwavering force to reckon with. However, it’s not without its own set of cons.

In the ’90s, it was quite different. Initially, my journey began as a web developer, trainer but gradually I ventured into teaching people about developing websites and web applications along with web-based software. Thereafter, my journey shifted from websites to usability involving anything and everything about user behaviour online followed by a detailed analysis of the same. Gradually, in 2006-2007, my work revolved mostly around user behaviour analysis in terms of use of online web services. This sparked my interest in cybercrime and security which is all about how users behave on the screen. Thus, I started to identify user behaviour in different situations and went on to pursue Masters in Criminal Psychology. With my work and studies, I dived deeper into human minds and understood more about the aspects of psychology. This was something that intrigued me and I wanted to pursue it mainly because it opened up several facets and complexities of the human mind.

Growing use of the Internet and cybercrime:

Over the last few years, people have seen a surge in the use of web services. With the growth of digitisation, the Internet has become an open space, inviting unnecessary conversations, trouble and most importantly, increased cases of cyberbullying and harassment. Being a certified counselling cyberpsychologist, my work involves doing behavioural analysis and online profiling of trolls from various sources. I counsel victims on cyberbullying. Cybercrimes are dangerous because everything is happening digitally and the victims suffer from emotional wounds, which do not have physical manifestations. A lot of child pornography, sextortion and other online harassment incidents keep happening on a regular basis. Crimes over digital space mostly happen because people are not aware of the technical know-how and there is still a lack of technical knowledge. It is important that proper counselling sessions are arranged not just for children but for parents as well. A lot of seminars and workshops are hosted for this matter so that we can educate children and parents simultaneously. One of the biggest challenges of the new-age technology is that parents must be equally aware of the changing scopes of online platforms and social media, which opens up huge opportunities as well as threats for youngsters. It is important to know that the Internet is a vast space and its various facets must be known to all.

Biggest challenges in the cyber world:

In the 21st century, we see a role reversal — earlier we used technology and consumed the Internet to our fullest. But now, the wheels have turned and the Internet and technology are consuming us without our knowledge and we are allowing that to happen. In physical conversations, our instincts play a major role as our senses are triggered with the reactions, enabling our instincts to play a major role in understanding the other person and in communication. But none of this happens in the case of online communication. The screen is a perceptive medium where we cannot understand anything in totality, and yet, we use the digital screen. This creates a gap in communication which invites anonymity, miscommunication and often mischievous behaviour from the other side.

Side by side, the online platform also gives the freedom to drop the sense of responsibility as there are no fixed guidelines or norms by which people need to abide by during communication, leading to inappropriate or indecent behaviour in the disguise of “anonymous” on several occasions. The sense of fear decreases and this causes people to act out of their deepest desires and cause heinous cybercrimes.

Biggest reasons for trolls and cyberbullies:

Trolls and online harassment have become popular these days but the truth is no troll can be hidden or can remain anonymous for a very long time. Apart from being a cybercrime analyst and a cyber psychotherapist, I was associated with the popular TV show MTV Troll Police — a show where trolls commenting on celebrities would be traced through a rigorous process followed by a direct confrontation with the respective celebrities. I was involved in the process of tracing the trolls and doing online profiling for the victims. One thing I remembered was that trolls are rarely intentional: mostly people troll or harass for fun or solely for entertainment purposes or some do it to get just attention. The accidental bullies or trolls often lose their sense of responsibility as they do not know where to draw a line. They forget that “what is said or written online stays online”. The benchmark of entertainment is changing and the fun factor seems to be degrading. The physical connect is missing and the social interactions are going down in number, causing the devil minds to come out and perform such acts.

We must understand that cyberbullying and the trauma of being cyberbullied leave behind emotional wounds. A person physically gets hurt but the pain can be treated, unlike the emotional wound which is unseen. In these cases, a cyberbullied victim has to communicate or open up to someone to share his/her state of mind to feel better. Space is needed for these victims to open up and express their ongoing state of mind, which will help them feel better and prevent negative or depressing thoughts. A channel will help them to vent out their feelings where their closure will take place without the fear of being judged.

All about CYBER BAAP:

The organisation started around 3-4 years back with an intention to protect and help cybercrime victims. In a vast country like India, it is not possible to address individual concerns. Thus, the initial thought regarding setting up a platform came where victims could report and write about their concerns, staying anonymous. Cyber Baap originally started off as a Facebook page but soon in 2016, an online platform was launched under Cyber Baap where people could write and report incidents if they wished to. It is a non-commercial entity to ensure that every cyber victim never feels hopeless or alone. The organisation provides absolute handholding, guidance and counselling to all victims. Many times, finding the right source of help can be difficult and police are not properly trained to handle certain extra-sensitive situations. In these cases, the victims can fill-up the form on the website, report the case and immediate action and investigation follows thereafter to minimise the ‘wound’. We have certain lawyers and professionals linked with us. Whenever any case of online harassment or severe cases gets reported, we provide counselling. If matters are to be handled legally, then we ask our legal teams to contact victims to discuss further steps.

To sum up the following, CYBER BAAP expertise in:

Vision and mission of Cyber BAAP:

In order to spread the importance of cyberbullying, I am actively working towards supporting cybercrime victims. I have already spoken at a couple of UN Women’s conferences and at UNICEF as well. Recently, a campaign was launched called “Ab Bas” where Bollywood actress Sonakshi Sinha was the face as she too received a lot of trolls over a feud of nepotism from her fans for which she eventually had to delete her Twitter account. We are collaborating with police teams to come up with awareness campaigns to raise concerns regarding increased instances of cyberbullying. Also, we have collaborated with Cyber Peace Foundation as we intend to introduce the Cyber Baap curriculum in schools, colleges and universities as we believe that if awareness starts from the root and if it is instilled at an early stage, then it can protect many from impending danger. “A stitch in time saves nine”, as they say.

The first chapter has already begun in one of the women’s colleges in Mumbai and we are planning to continue this in future. The pandemic has slowed down the process but the plan is still on. Lastly, we are mulling to collaborate with like-minded people, such as the youth, to help spread the word regarding cybercrime because today’s generation is powerful and has a strong voice. If their ambition and power is steered in the right direction, it has the power to bring about a significant change in society.