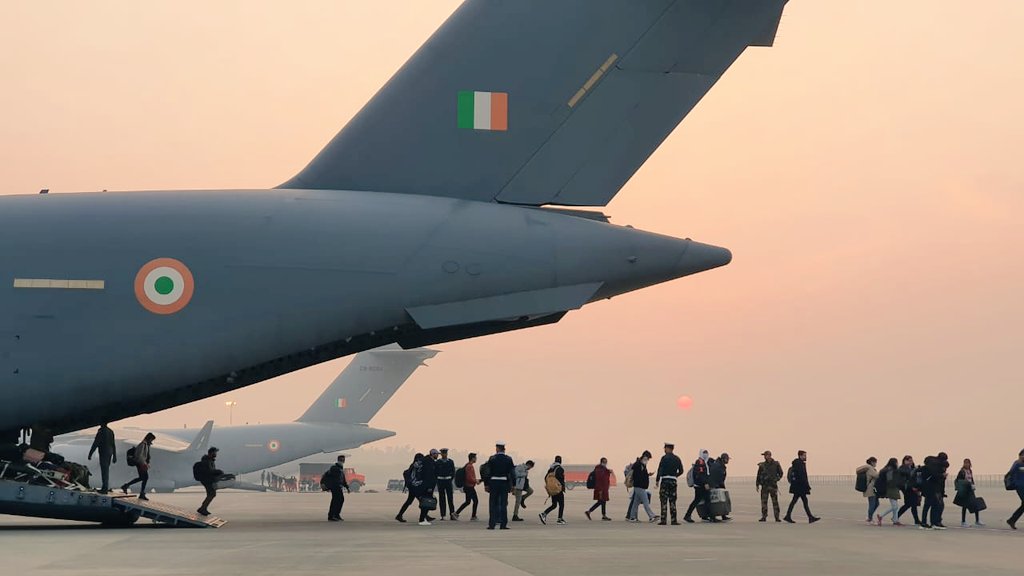 New Delhi: The Indian Air Force on Friday said three of its C-17 aircraft had brought back 629 Indian citizens from neighbouring countries of Ukraine – Romania, Slovakia, and Poland on Saturday.

The evacuation took place as a part of Operation Ganga.

“In the last 24 hours, three #IAF C-17 aircraft returned to Hindan airbase with 629 Indian nationals evacuated from airfields in Poland, Romania and Slovakia. They had carried 16.5 tonnes of relief material on the outbound journey,” IAF tweeted.

The Centre on Friday announced 10,800 Indians were brought back by special flights from war-hit Ukraine’s neighbouring countries.

“Under ‘Operation Ganga’ to rescue Indian citizens, 17 special flights have come back to the country today from Ukraine’s neighbouring countries, including 14 civilian flights and 3 C-17 IAF flights,” the Indian government said in a statement.

‘Operation Ganga’, which began on February 22, is a massive rescue mission to bring back Indian citizens stranded in Ukraine. The Ministry of External Affairs and the Ministry of Civil Aviation are pooling their resources to ensure that Indian students are brought back safely to the country as soon as possible.

Four Union Ministers- Hardeep Singh Puri, Jyotiraditya M Scindia, Kiren Rijiju, and Gen (Retd) V.K. Singh have been designated to supervise the evacuation process and have been sent to neighbouring Ukraine countries to support the operations.