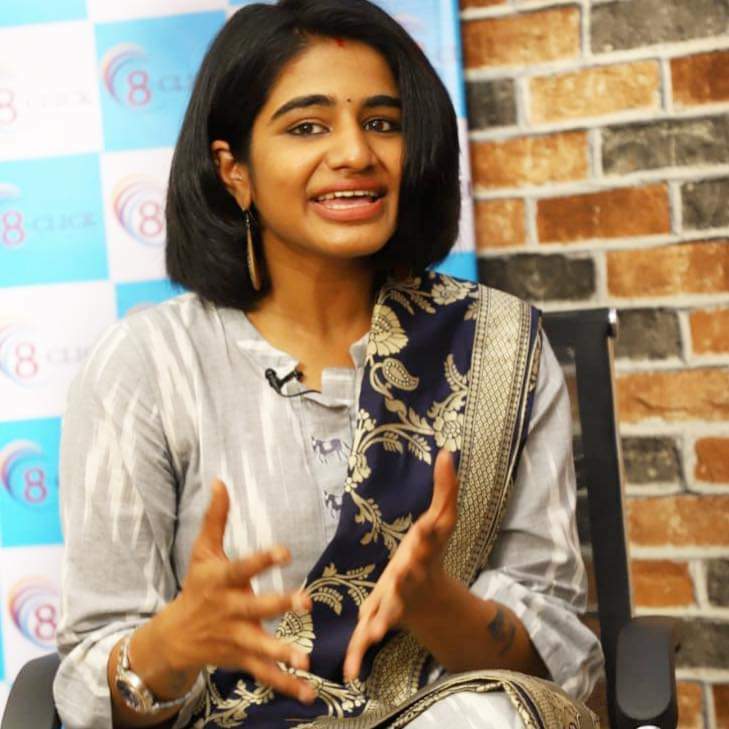 Intangible cultural heritages are intrinsic and inherent to the tapestry we call India. But, unfortunately, except for few, these traditions have remained obscure beyond their immediate geographical locations.

Bringing such neglected creative communities into limelight and empowering women is the focus of Sahithi Divi, founder of ImpactSciences – a project through which she is bringing about a major change in rural India. From San Francisco to India, through ImpactSciences she aims to bring to limelight the hubs, where women form the major part of the supply chain.

Leaving a secured job in Hyderabad, letting go of her establishments and contacts and shifting to a village – was a major challenge for Sahithi but she was determined to give her dreams a shape. “At first, I was writing blogs about women from 2 and 3 tier towns. It was mostly about gender inequality since I have seen that women today still face a lot of social stigma when it comes to breaking barriers and achieving something. Also I have been working with them for a long time, and have realized that most women in the remote rural areas face social pressure when they want to work. Women empowerment is the solution to acquire gender equality. I wanted to write stories about women who were gainfully engaged. I was lucky that I had my husband’s support throughout, because we had both agreed to shift to Rajahmundry in Andhra Pradesh, which is a small village located far away from the main city. It is here that I came across various women driven projects like producing mango jelly, cashew nut and broom making units,” said Sahithi.

“When we went to a smart village Mori, which is located in the East Godavari district, we realized that we wanted to work here. Also my husband is an orthopedic surgeon and lack of orthopedic doctors gave him an additional reason to practice here. Out of all the 17 Sustainable Development Goals (SDGs) I chose to work on goal 5 and chose handloom as the medium. In Mori, there were about 7-8 mini weaving communities who had looms as well.  We would go and visit them and see how we could build their capacity and ensure market linkage,” she recalled.

Women still face a lot of barriers and difficulties both from family and society. Equality not only means empowerment of women but giving equal importance and opportunities to men and women in their field of work. Decisive interventions in their life and proper training are important but a community approach is also required to remove the thin line of difference between men and women. Sahithi believes women are proactive in learning and if given a chance they can use the right tools and work on their skill and progress faster in life and their inhibitions have to be broken to achieve this.

ImpactSciences has a three pronged strategy. ImpactStories with blogs and write-ups about weaving hamlets and weavers, including situation and condition of the weavers, their looms, how do they maintain it, their difficulties and struggles, methods of weaving et al. ImpactStores for economically empowering women weavers, by procuring and providing fabric, tools and other raw materials to weavers so that they can produce better end products. Lastly arm is the rural tourism workshop which is more like a rural innovation project. First three days of the 10 days workshop are about knowing the villages, next three days tourists meet and spend time with the weavers and in the following three they are given an exclusive village tour which includes fishing, staying and cooking with the locals.

“I have been coming to Rajahmundry for a long time since my grand-mom used to live here. I was acquainted with the situation here and wanted to bring in change. Communities from remote parts of India produce excellent pieces of art which remains unacknowledged due to lack of publicity. ImpactSciences aspires to bring these weavers under an umbrella and in doing so will soon launch an online platform where all their products will be up for the public eyes to appreciate and acquire. Also I wish to reach out to as many weavers as possible. Currently I am doing a pilot survey with eight weavers and wish to create Policy Level Intervention so that they can survive and their ideas get recognition so that their endeavors become commercially viable,” signs off Sahithi.