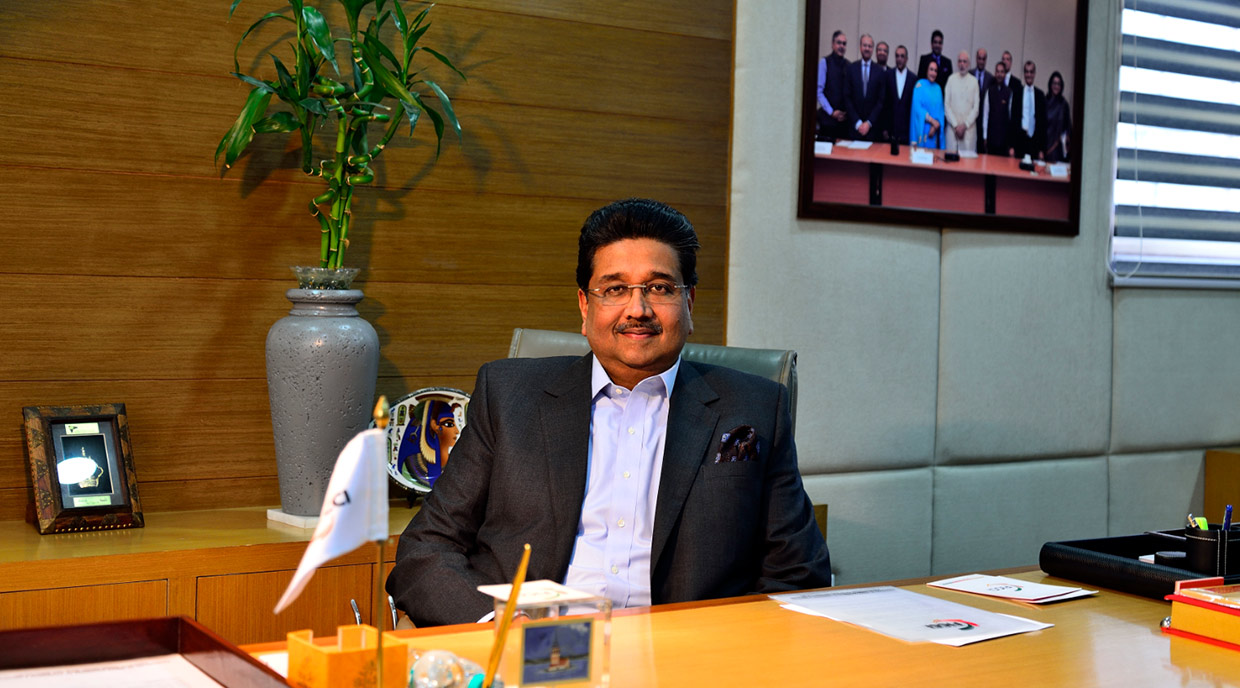 There was a time when West Bengal was considered to be a state of strikes, lock-outs and poor work culture. The perceptions about West Bengal outside the country as an investment destination, however, is not doubtful anymore; on the contrary, it has shown a steady improvement over the last five-six years, according to Mr Harshavardhan Neotia, chairman of Ambuja Neotia Group, who has been working very closely with the state government and even accompanied the chief minister, Mamata Banerjee, in a number of business trips to foreign countries. In a free-flowing conversation with Optimist, the chairman of the leading real estate, hospitality and healthcare company, spoke on a range of issues staring from general industrial scenario to start-up culture in the state. Excerpts follow:

Q: As an industry captain of West Bengal, how would you assess the general the industrial scenario in the state? What are the positive changes you have observed in the present regime under Chief Minister Mamata Banerjee?

A: A lot of efforts have been made to improve the ease of doing business and there has also been a lot of investment in infrastructure. One also must have noticed the remarkable transformation in metro corridors, in Rajarhat and in general beautification and cleanliness of the city. Even if we look at the rural areas, we see water supply and electricity reaching to remote villages, improvement in roads and of course a very sizeable increase in farmers’ income. These are things that have all contributed to the general economic development of the state. This is clearly reflected in the fact that for more than five-six years in a row, there has been more than 10 to 12 per cent state domestic product growth while the country has witnessed a growth rate of 6 to seven per cent. So one can feel that efforts and one can see those result coming in.

This is unfortunately, a time when the general economic sentiment in the country and the world at large has been a little challenging. So big industries in terms of very large investments probably have not yet happened except in a few sectors like metro corridors and a few others. So maybe that is something the timing or the cycle has not happened. But I am quite sure next time the positive investment cycle is there in the country, West Bengal should get a sizeable portion of that.

Q: You have been part of several business delegations led by the CM to foreign countries. What is the perception about Bengal as an investment destination?

A: It is known to everyone that Bengal had a perceptions problem. Those of us who live here know that situation had been much better in reality even in past but outside the perceptions remained a little doubtful. However, in the trips in which we have taken part in the last few years, we have seen a very steady improvement in perceptions. Those who have come and met the honourable chief minister and have seen some of the statistics are quite impressed about how things have happened. But we are yet not the top-ranking state in the country in terms of perception. Maybe, in reality, we are near there. But in perception, we are still lagging behind. However, we have covered a lot of ground and things have certainly improved quite substantially but more work has to be done and I think the effort is going on.

Q: West Bengal is said to have the highest number of micro, small and medium enterprises among states in India. Can MSMEs compensate for the lack of large-scale manufacturing industries in the state?

A: Look at Singapore. That is another country where there have not been very large investments. They have, however, focussed on services sector, financial sector and trading which has become very large. So, there is no one model which is a good model; there are various models in different parts of the world.

Our state has a very high density of population. The land area relevant for development is limited because it is a highly agricultural state and most of our land is suitable for agriculture. So for large industries, we may not have so much of opportunity or possibility. Therefore, focussing on MSMEs is a good idea. Besides, there is a lot of scope in the services sector, in the tertiary sector, in healthcare, education, IT, financial services and design & arts. We can certainly be a very major centre of design and arts as we all know that the finest talents of the country come from this part of the world. So that is a great opportunity.

Q: What about start-up scenario in the state? As an industry veteran, how are you extending support to them?

A: Entrepreneurial culture in this part of the country has been somewhat weak. Start-up culture in Gujarat, Rajasthan, western states and even in southern India is far more robust. But as a company, we have set up NEOTEC HUB which is an incubation facility for start-ups and we have around 20 odd companies enrolled with us as of now and they are very talented young people. Hopefully, we will find some good results coming from it. But gradually I see the start-up culture is coming and I think this is one option that young people will increasingly like to explore.

Q: Ease of doing business: How much would you give the state on a scale of 1 to 10?

A: Very difficult to rate because I don’t have all the parameters in front of me. But I would say it has significantly improved in the last five years. Many procedures have been simplified. WBIDC is very proactive. You can get things done very fast. I think overall there is a very positive change.

Q: How is Ambuja-Neotia Group doing in the state? What about your future plan?

A: Well, we are a company which is headquartered here and most of my businesses are here. My family has been here for several generations. So naturally, this is home to me and I am emotionally attached to this place. So we are certainly very bullish about our projects and investments here and we are trying to build as many interesting facilities as we can. We have a lot of focus in healthcare, hospitality and also in real estate. That should carry on.