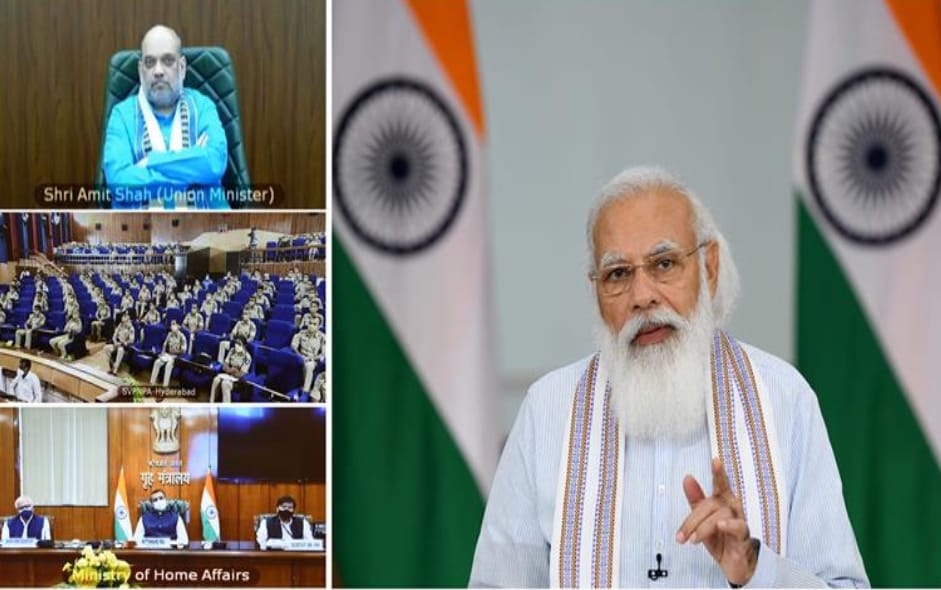 · With Anuj Paliwal, IIT Roorkee pass out from Haryana who has been allotted Kerala Cadre, the Prime Minister talked of seemingly contradictory but entirely useful choices of the officer. The officer told the PM about the utility of his Bio-technology background in criminal investigation and of his optional subject in Civil Services exam, Sociology, in dealing with other aspects of his chosen career. The Prime Minister said that Shri Paliwal’s hobby for music might look out of place in the dry world of policing, but it is going to make him a better officer and help him improve the Service.

· With Rohan Jagdish, a law graduate with Political Science and International relations as his Civil Services subjects, and a keen swimmer, the Prime Minister discussed the importance of fitness in the Police Service. He also discussed the changes in training over the years as Shri Jagdish’s father was a state service officer from Karnataka where he is going as an IPS officer.

· With Ranjeeta Sharma, Rajasthan Cadre officer from Haryana, the Prime Minister talked about her achievements during the training where she is accorded the honour of the best probationer and talked about the use of her qualification in mass communication in her work. Shri Modi referred to the work done in Haryana and Rajasthan to improve the conditions of daughters. He advised the officer to give one hour every week to girls of her place of posting by interacting and motivating them to achieve their full potential

· The Prime Minister told Doctor Navjot Simi, a dental doctor from Punjab who has been allotted Bihar Cadre, that presence of woman officers in the force will bring positive change in the service and quoted Guru?? to advise the officer to do her duty with compassion and sensitivity without any fear. He said that inclusion of more women in the service will strengthen it.

· With Kommi Pratap Shivkishore from Andhra Pradesh who is being allotted his home cadre, is an M Tech from IIT Kharagpur. With him the Prime Minister discussed his ideas about tackling financial fraud. The PM stressed the inclusive potential of information technology and asked him to keep pace with the developments in the world of cybercrime. He also asked the young officers to send their suggestions for improving digital awareness

· Modi also interacted with Mohammad Nazim, an Officer Trainee from Maldives and conveyed his appreciation for the nature-loving people of Maldives. Saying that Maldives is not just a neighbour but a good friend, PM Modi shared that India is assisting Maldives in establishing a Police Academy. He also touched upon the social and business ties between the two countries

· The Prime Minister said, “Whether it is Bhutan, Nepal, Maldives, or Mauritius, we are not just neighbours, but share a lot of similarities in our thinking and social fabric. We are friends in times of need and whenever there is any calamity or difficulty we are the first responders for each other. This was evident during the Corona period also”.