More
More
HomeUncategorizedPolice and the community: A key bond

Police and the community: A key bond 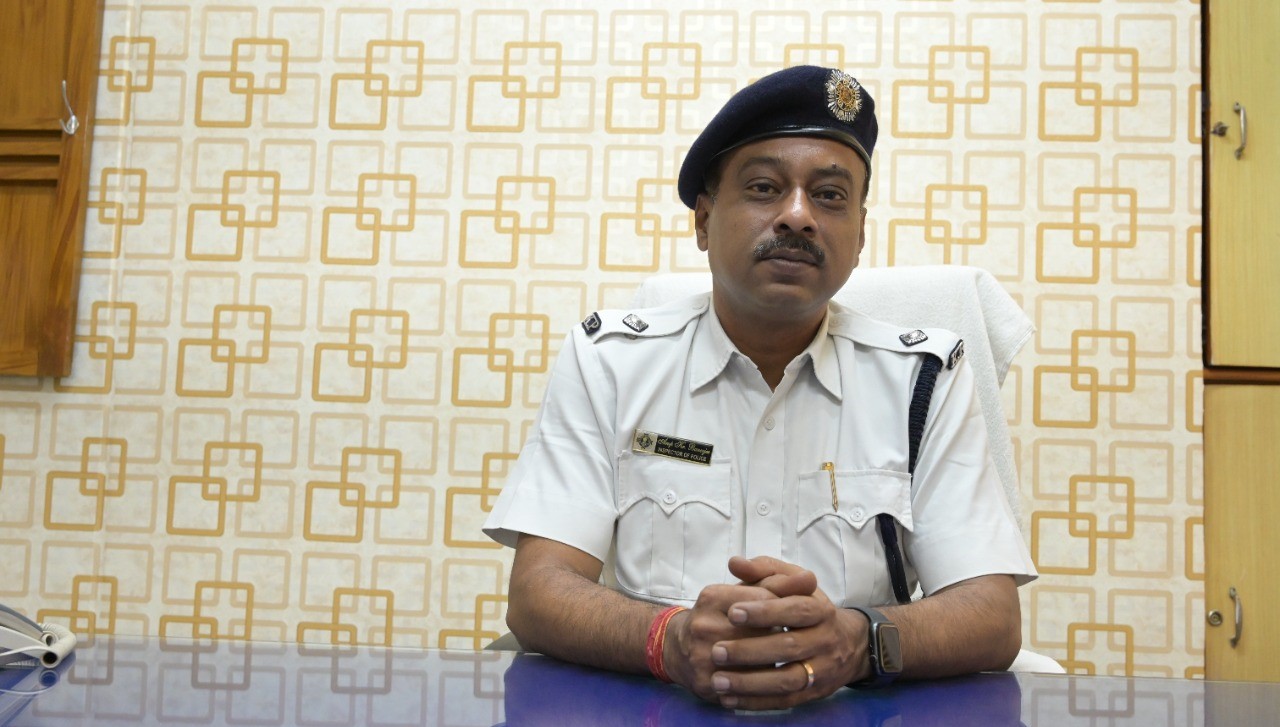 Police have always had a negative connotation in the psyche of the masses. People usually avoid visiting police stations. Any form of interaction with the men in uniform is looked upon with suspicion. However, a police station is the first point of contact for any citizen in case of a conflict. Thus, forming strong interpersonal bonds with the cops and looking at the men in uniform helps in establishing better relations and creating a safe society. Arup Kumar Banerjee, the Officer-in-Charge of Alipur Police Station, evokes a similar notion.

Inspired by his father who worked at the Ordnance Factory in Amarnath, Banerjee had the knack to join the Army from his very childhood. He had a disciplined upbringing. However, he was not able to crack the Combined Defence Service examination, which led him to join the Kolkata Police.

Banerjee joined the Kolkata Police in 1996 and was a part of the Anti-Cheating section of the Detective Department. He had also worked with the CBI (Central Bureau of Investigation) on central deputation till 2014. Banerjee had worked under the Special Task Force and the Cyber Crime Police Station. He had been the Additional OC of the Anti-Fraud section of the Detective Department and Park Street Police Station. He had been the Taratala OC before being transferred to Alipur.

OC Banerjee agrees with the fact that people are usually hesitant to visit police stations. He said: “The ‘daroga’ system which we have adopted from the colonial British Raj is essentially built on oppression. This has left a dent in how we imagine police personnel. Since police is essentially a force dedicated to ensuring law and order in a geographical space, building better relations with the residents had never been a priority.” Today the perception of policing has changed. Despite being within the peripheries of the criminal justice system, the police have extended their support for better outreach in society. “We are in the process of correcting our image that has been entrenched in the minds of the masses since colonial times,” asserts Banerjee.

Kolkata Police’s initiative ‘Shuddhi’ aims to identify people who are habituated to petty crimes due to their dependence on drugs so that they can be rehabilitated into society. Similarly, ‘Pronam’ has been launched to ensure the safety and security of senior citizens who stay alone in Kolkata. A forum called ‘Jana Sanjog Sabha’ where community members and police discuss local problems is also being organised. These meetings are usually attended by beat officers who are Sub-Inspectors of local police stations. “Initiatives like these have helped us in community outreach,” says Banerjee.

During the pandemic, Kolkata Police had been at the forefront serving the community and helping them out with their basic needs like delivering ration at their doorstep to arranging ambulances for patients.

Ensuring a proper ambience in police stations so that complainants feel comfortable to speak up is important. “We also go out of the way in ensuring that youths from the less privileged section are upskilled and are able to fetch a decent job through our connections. We are getting positive responses from people as well,” says Banerjee.

Women in the force

Women are entering the police force in increasing numbers. “A woman complainant is more comfortable in sharing the complexities of the problem to a policewoman. Even if a woman cop interrogates a female accused, it helps us in solving the case because she is more equipped in understanding sentiments specific to women. It is good that the gender disparity in the force is narrowing down,” says the OC.

“Conventional crime has come down today and white-collar crimes like cheating, forgery, bank frauds, phone or SIM card cloning are on the rise. Digitisation of crime has led to intensive training of our force to adapt to new technological changes since cybercriminals are always changing their modus operandi,” added Banerjee. Hoardings and flexes are displayed at road crossings to raise awareness. With cybercrime being linked to economic offences, an awareness campaign called ‘Raksha Kawach’ has been launched on bank frauds at various residential societies stressing guidelines about OTPs and card numbers.

“Our officers visiting ‘Pronam’ demonstrate to senior citizens on the safety precautions to be taken during digital transactions. Young people who use popular food delivery apps or e-commerce platforms are also sensitised on online frauds,” said the OC.

The National Crime Records Bureau 2020 report shows that Kolkata has the lowest share of the accidental death rate among all major cities but drink-driving poses a challenge. The Kolkata Police have been spreading awareness on this issue during Road Safety Week and through the Safe Drive, Save Life campaign. They have also set up various naka points across the city, especially on weekends to check this menace. “We were in a disadvantageous position since we were not able to use breath analysers on account of Covid. However, from November 2019 we have started prosecuting such cases as per Section 185 of Motor Vehicles Act,” he said.

Ever since the lockdown was announced, Kolkata Police had been proactive to ensure that Covid safety protocols are strictly followed. Senior officers had been present on the ground with the force. “This left a positive impact. There were conjoint efforts from all the ranks,” Banerjee said.

The force was given health drinks, their residences were regularly sanitised, an ample number of sanitisers and masks were distributed; ensuring adequate importance to personal hygiene. Vaccination drives are also being prioritised. In Alipore Police Station, all officers have received their first dose of vaccine.

Today, with the decline in active Covid cases, people are gradually transitioning back to their normal lives. The police are actively reminding citizens about the safety protocols through localised beat meetings.

Every day is a new day

For a police officer, every day is different. Detection of a crime has always been a challenge but the police are focused on preventive measures as well.

Today, many qualified youngsters are coming into policing, leading to equal distribution of work, a proper understanding of the new-age crimes, better assistance to the investigation procedure and enriching the force as a whole.

“Kolkata Police are a platform from where one can penetrate into the community at a maximum scale and serve the people ranging from providing assistance to the needy to ensuring justice to a victim. The law doesn’t give this power to any other profession. One learns something new every day by interacting with people from different strata of society,” said Banerjee.