More
More
HomeUncategorizedPrakriti Dutta talks about the rich culture of Mime at the Jogesh... 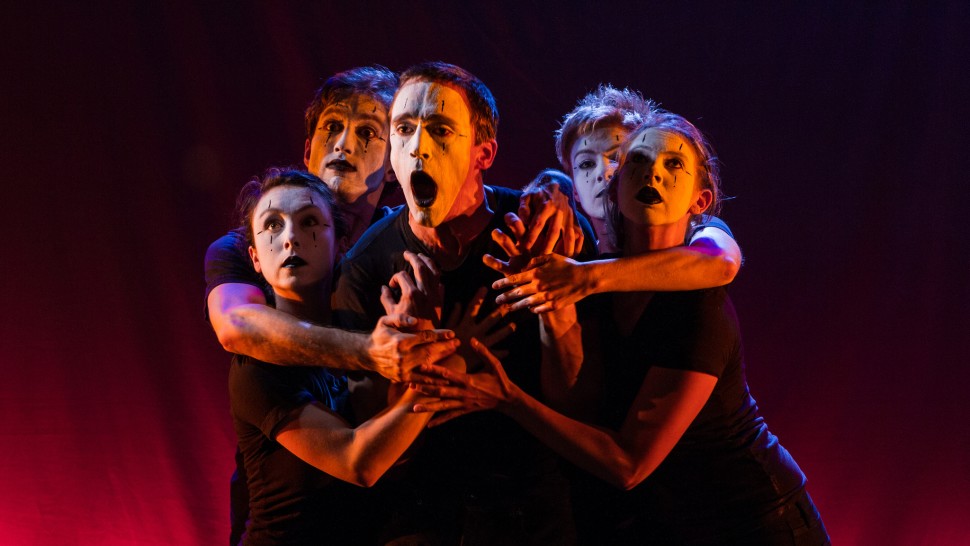 Kolkata the city of Joy has been renowned for its rich culture and heritage, which is not just ecstatic and but something to really cherish for since a hundred years. The city is considered to be the den of art, music and rich traditions. So many art forms have emerged in the city such as folk songs, Jatra, theatres, Shyama sangeet etc. One such popular form of acting which is still prevalent in contemporary society is Mime. Putting on colourful white makeup, with black bold eyes, this silent form of acting has won hearts for decades.

Marcel Marceau once said, mime makes the invisible, visible and the visible, invisible. Its proves true to its core as we take a closer at the intricacies of mime-teaching under the celebrated Jogesh mime academy in Kolkata. As the director, Miss Prakriti Dutta opines “we love mime as it gives voice to everyone in need of it”. Jogesh Mime academy was the first mime academy in south-east Asia and Jogesh Dutta himself was a pioneer in propagating the art of mime as he was crowned as the father of oriental mime.

After completing her work in theatre and music therapy from Edinburgh, Miss Prakriti Dutta came to Kolkata and she started teaching at the renowned Rabindrabharati university. While talking about the academy she says with a glee, “we have students who are deaf and dumb in our academy and now as through mime everyone can express themselves we often fall short of words “, the year 2000 was an integral part for this academy as the year marked the fruition of Silent World, an organisation under this academy that deals with differently-abled students. Miss Dutta voices while stooping over nostalgia, “this academy was established for the public in 1977 as West Bengal government provided the land to build it on”.

The academy is a happy place to many as they learn, practice and teach the art of mime and interact with each other artistically. They have also taken measures to extend this invaluable art to the younger generation as Miss Prakriti phrases,” for the last two years we have reached out to many schools and our students teach this art to the children and they seem to love it so much, it gives me immense happiness to see their faces light up with innocent smile just by watching mime performances”.

Being adept in music therapy, Miss Dutta also shares how the music beautifies the mime to a great extent and how music adheres to the neuro-physio-biological changes in the human body as it becomes the food for the soul. At this renowned academy they are working tirelessly to give everyone a touch of the beauty of mime by amalgamating other arts into it as well. Their proficient performer Arindam is hearing-impaired but one should really see him to understand that he is the most talkative one and that’s the magic of mime, it makes everyone compete.