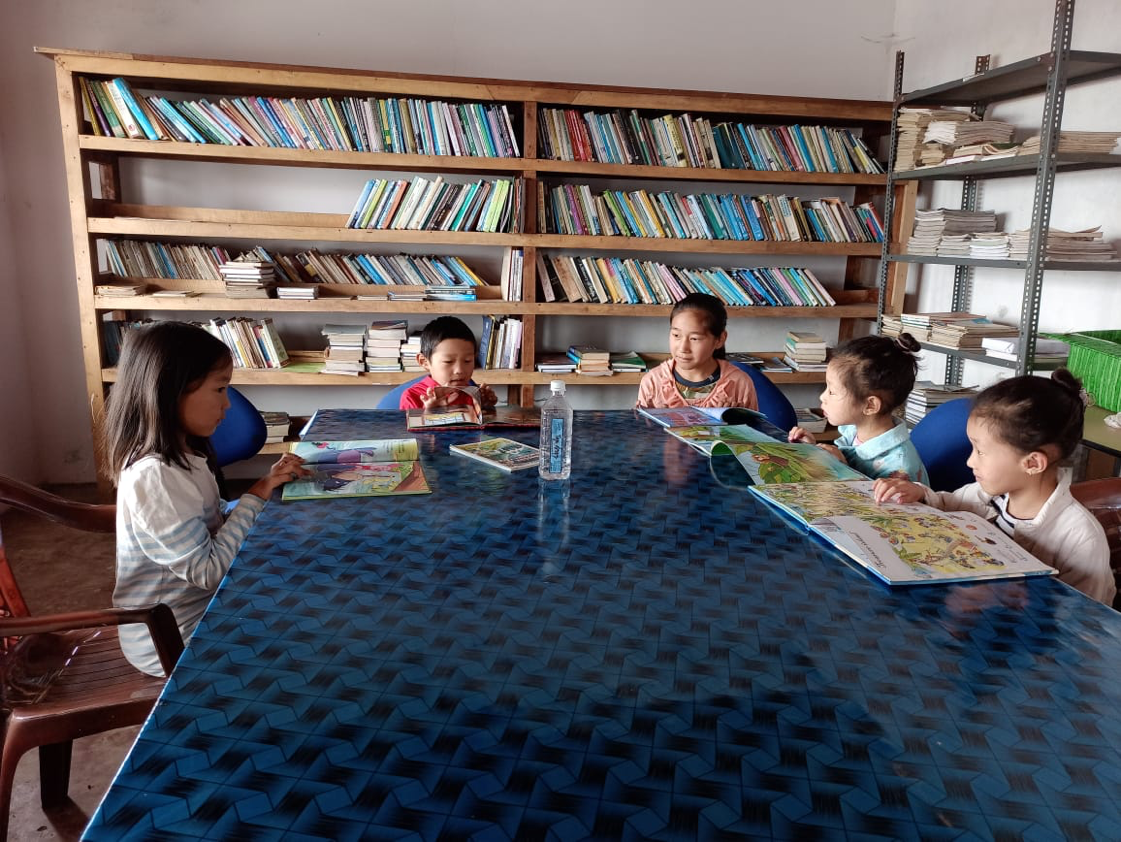 Project Future is based on a set of out-of-the-box initiatives undertaken by the Kohima Forest Division to promote environmental conservation in the distant north-eastern state of Nagaland. These include Project Green Box, innovative signages, innovative video using a popular game called ‘Jenga’ and reaching schools in remote locations through online means.

Nagaland has a recorded forest area of 75.33 percent of the state’s geographical area as per the interpretation of satellite data about Oct-Dec 2015. However, 88 percent of this forest cover is either Community Forests or Private forests. As Rajkumar M, IFS explained, this makes the job of a forester unique and challenging as they must take the confidence of the community at every step and assist them in managing the forests.

Due to historical and cultural reasons, hunting and Jhumming or shifting agriculture poses a major environmental problem in Nagaland.  Nagaland, however, is on the path of incremental change. “People are gradually beginning to understand the importance of environment conservation and protection of wildlife. Nagaland has the maximum number of Community reserves in the country now,” the DFO shared.

In 2020 as the pandemic struck our lives and the lockdown was imposed, organizing large-scale community events seemed impossible. The DFO with his team brainstormed to find out possible solutions. As India shifted to digital learning, the Nagaland Department of School Education too started online classes for its children. Even in villages, the Village Council set up screens so that children can attend these online classes. Thus, the Kohima Forest Division came up with the idea of conducting awareness drives through the online classes themselves.

A short video was shot in collaboration with the Department of School Education, Nagaland and released on World Environment Day. In the video, the DFO explains the importance of biodiversity with the help of Jenga games. The video went viral on social media. It was received well by all children in Nagaland and beyond. It was also shown by the National Museum of Natural History in their summer camp.

“Going by traditional practices one can organize only one camp in a school in a day. It also calls for financial and human resources and is time-consuming as well. The online medium has provided us with a window of opportunity where we can spread the word to many schools in Nagaland and beyond at minimal cost,” Rajkumar M. said.

Usually, awareness drives are attended by a handful of villagers. In a bid to impact more people the Kohima Forest Division started an initiative called Green Box or green lending libraries where three boxes were filled up with environment-related books and were assigned to three different villages.

The Forest Department is constrained by limited resources. Posting forest guards to manage every library was unfeasible. So, the challenge was how to make the libraries into an institutional mechanism because someone would be needed to manage them.

Nagaland has strong village-level institutions. Thus, the responsibility to manage the Green Boxes was entrusted to Village Youth Councils.

“Selecting the books was difficult. Knowing which book will create a good impact among children was challenging,” Rajkumar M, IFS shared.

“If anyone wants to donate any used or new environment-related books they can happily do so. With their help we will be able to fill one Greener Box and place it in another village,” Rajkumar M appealed.

One of the major constraints in putting up signages in city spaces is the lack of space. So, the Kohima Forest Division collaborated with the Kohima Police. In the same space, the Forest Department and the Police set up the signages.

Moreover, to make the signages attractive, netizens in social media were asked to present their ideas. With their suggestions, colourful signages were created using memes and cartoons.

By collaborating with the Nagaland Pollution Control Board, signages were also placed in their LED screens set up at the heart of the city.

To engage with the children, many online competitions like logo making, essay writing, oratorical, and painting were held by the Kohima Forest Division with the collaboration of the Department of School Education who sent a circular to all the district level officers. “The schoolteachers got all the entries from the kids and they mailed us in bulk,” Rajkumar M, informed.

Kohima Forest Division had received around 1000 entries and 32 schools in the Indo-Myanmar border districts had also sent their entries. “Since the competitions were held online, we were not able to distribute the prizes physically. Otherwise, we would have loved to have them in our office and interact with them,” the DFO shared.

From Chennai to Kohima

The DFO of Kohima, Rajkumar M hails from Chennai. He had been a Mainframe Developer before stepping into the shoes of an IFS officer. “After working in a corporate atmosphere, working at such a scenic place gives you a good exposure. Nagaland is my second home now. As the DFO it gives me immense pleasure that when I want to do something innovative, I have all the opportunities to do it,” he shared.

Acknowledging the efforts put forth by his team he said, “I am being helped by an excellent team who are working tirelessly beyond their regular job to fructify the project. As an officer, we come up with ideas, but it is not possible to implement it without their support.”