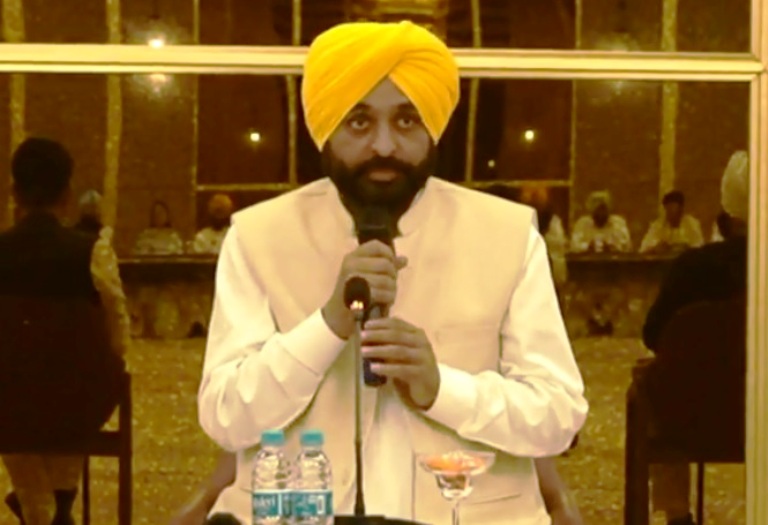 New Delhi: Punjab chief minister-elect Bhagwant Mann on Monday resigned as the MP of Lok Sabha, two days before his swearing-in ceremony. He had been an MP from the Sangrur constituency in Punjab since 2014.

“The people of Sangrur have showered me with so much love for many years, many thanks for this. Now I have got an opportunity to serve the whole of Punjab. I promise to the people of Sangrur that in a few months, their voice will be heard again in the Lok Sabha,” he said in a post on Koo.

The Aam Aadmi Party swept Punjab, winning a spectacular 92 of 117 seats leaving the Congress with only 18.

Mann had earlier announced that he would not take the oath of office at Raj Bhawan. Instead, the ceremony would be held at Khatkarkalan in Nawanshahr district, the ancestral village of freedom fighter Bhagat Singh.

“The oath-taking ceremony will not be held at Raj Bhawan, but at Khatkarkalan. The date will be announced later,” he had said in his victory speech in Dhuri, where he won by over 58,000 votes.

He has invited Delhi chief minister and AAP national convenor, Arvind Kejriwal, to the oath-taking ceremony.

Also read: Battle for India will be fought in 2024, ‘saheb’ knows this: Prashant Kishor

On Saturday morning, Mann met Punjab Governor Banwarilal Purohit and submitted his claim to form the government in the state.

Mann has also asked the newly elected MLA’s in Punjab to spend more time in their constituencies instead of being in the capital Chandigarh and not to hanker after cabinet berths.

“We have to work for all those places where we went to seek votes. All MLAs must work in the areas from where they have been elected, not just stay in Chandigarh,” Mann said.

Addressing the newly elected MLAs, Mann appealed to all of them not to get arrogant and serve even those who have “not voted for the party”.