Rajnikanth of Northeast gets international acclaim 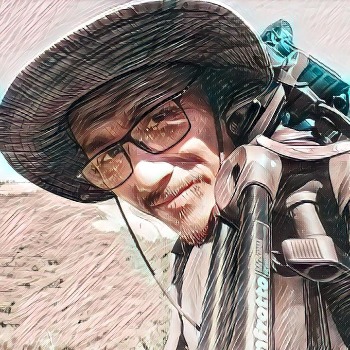 Shivaji Rao Gaekwad aka Rajnikanth, the megastar of Tamil and Hindi movie industry since the 70s, has wooed his fans with his signature style and mannerism. A living god to many of his fans, Rajnikath’s fame has been a matter of envy and awe for many wannabes since decades.

While Rajnikanth keeps enjoying the status of a national role model with phenomenal fan following, celebrity status and privilege, Northeast India has quietly produced a Rajnikanth of its own.

Meet Manipur’s Amarjit Maibam (Amar) who always believed in the adage – ‘No One Can Cage Your Ambition’ and has made it a reality today by following a striking similar trajectory of that of superstar Thalaivar.Gliding through the bumpy ‘highways of life’, Maibam, a bus Conductor from Manipur undertook an extraordinary journey to become an award-winning Filmmaker. His 52-minute documentary, Highways of Life, produced by the Films Division of India, has recently got him the first international recognition — the Best Film Award (International Competition) at the 8th Liberation DocFest 2020, in Bangladesh. The film has also been selected for the prestigious Jakarta International Documentary and Experimental Film Festival, which has now been postponed to November because of the COVID-19 pandemic. The film premiered in Bangladesh in June this year.‘Highways of Life’ has also been recognized in India winning him the Best Non-Feature Film, Best Direction, Best Cinematography and Best Editing at the Manipur State Film Awards 2020. Maibam alsoharbors plans to premier it in some renowned festivals.

In the film, the 42-year-old father of two kids, Maibam, portrays the truck drivers and their lives along the perilous National Highways as front-liners, ferrying essential commodities for over 28 lakh people of the state.

As a bus conductor Maibam travelled between Imphal and Moreh, a town situated on the India-Myanmar border, everyday for more than a decade. Eventually the highways of Manipurbecame an integral part of his life,teaching him many a lesson in life. At one point, Maibam decided to tell his highway stories through his camera’sfascinating mobile images.

It was in 2014 that Amar first started documenting the lives of the truck drivers who drive through the perilous National Highways 2 and 37, bringing essential commodities to the residents of Manipur, a landlocked state of NE India. What started as a mere interest has brought unexpected success for Amarjit Maibam, as his docufilm Highways of life won him an award.

“The film is about truckers who are in the front line taking the arduous journeyto serve the 2.9 million population of Manipur. Being a land-lock state Manipurl depends on these two highways for essential commodities like food-grains, fuel and medicines. The film captures the survival story of a group of truck drivers during the longest economic blockade of 2016-17, which lasted 141 days. Interestingly, the film climaxes on the highway blockade,” narrates Amarjit who followed the drivers and their families for five years with his camera, capturing their unique contribution to life in the state, and documented their trials and tribulations along the way.

Being a bus conductor himself, Amar’s connection with the highways and truckers is rather intimate. “I have spent all my youth on the highways and the idea of making a film on this life was always there,” confesses Amar.

Film making is something that Amar got as a legacy

His late father, MA Singh, the first generation filmmaker was a renowned director of Manipur. He studied film editing and direction at the Film and Television Institute of India (FTII), Pune, from 1969 to 1975 along with stalwarts like Danny Denzonpga and Shabana Azmi. While working on his fourth feature film he faced financial trouble which ended his career abruptly.Following this, Maibam’s family went bankrupt and they had to face severe penury. To make ends meet he started working as a bus conductor after completing my matriculation in 1995.

Later in 2005, Amar and his father started working on commissioned programmes by Doordarshan for the Northeast. Despite the joys of working with his father for a few years, Amar felt the need for proper training in film making. It was through workshops in Manipur and later enrolment in a cinematography course at Kolkata Film and Television Institute that his talents got a professional tuning and he never had to look back.

He made his directorial documentary debut with “City of Victims (2009)” based on the extra-judicial killings in Manipur. He also worked for Doordarshan Imphal, Guwahati Doordarshan and DD Arunprabha. My Generous Village — his second documentary — won the Special Jury Award and Best Music Direction Award at the Manipur State Film awards 2019. He also directed a film on the life of a 13-year old trans-person, Atey — named, ‘NAWA-Spirit of Atey’ — it won the Best Documentary at the second Nagaland Film Festival 2019.

Amar is currently working on the post-production for “All for my Sister”,another documentary on international weightlifter Khumukcham Sanjita and her brother fighting for justice on her doping scandal. Moreover, a biopic on Manipuri artist late Lourembam Pishak, is also in the pipeline.

“My next film on Sanjita is almost ready. It’s a story of a player being suppressed and how she fights back. Sibling’s love is also highlighted here as her brother, one of the main characters in the film supports her in her fight. Thankfully the ban has now been lifted and she is going to get the long awaited Arjuna award soon,” enthuses the filmmaker.

Wind beneath your wings!