Ray of Hope for the homeless during Lockdown in Bengal 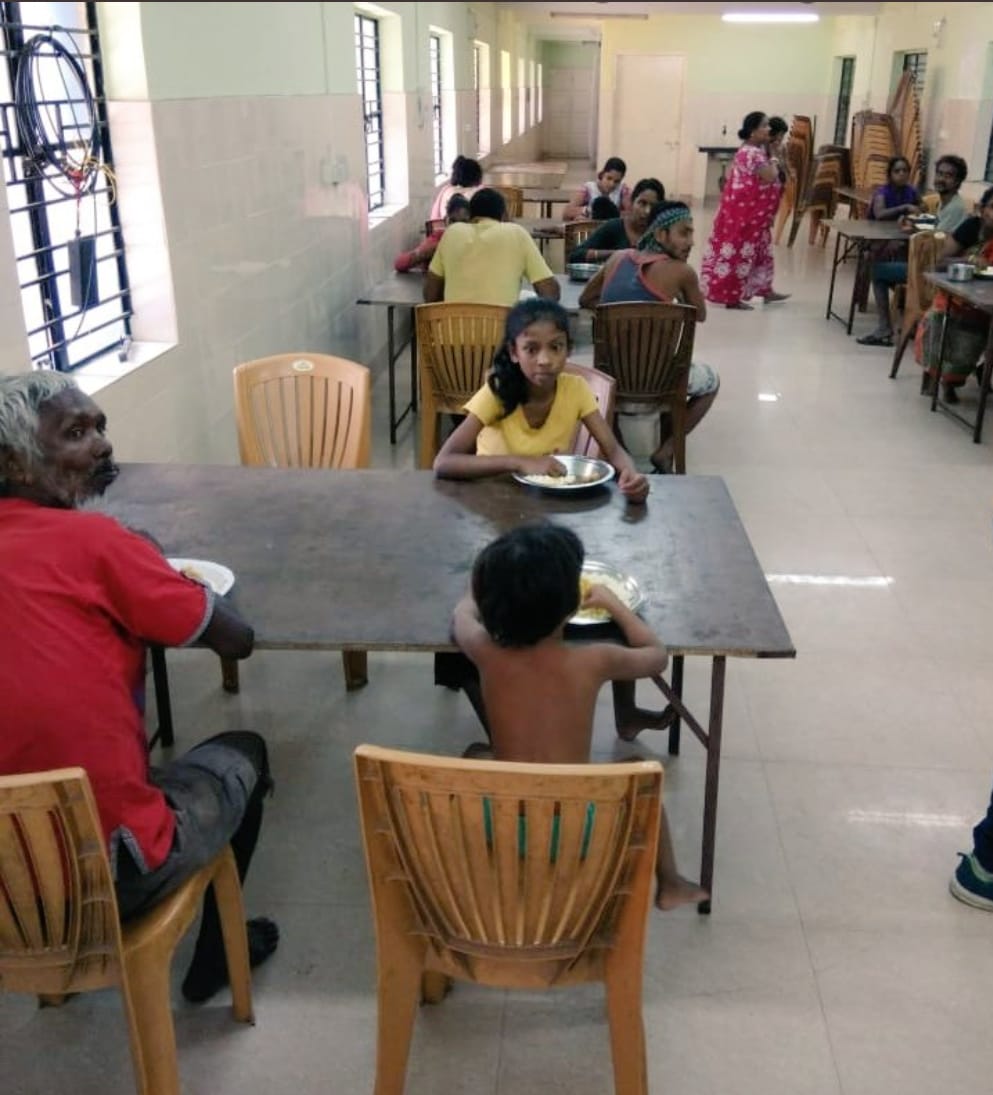 The attack of the Coronavirus has made lives difficult for all people across the country who are reeling under a nation wide lockdown.  Many labourers are now jobless and are in utter distress. Daily wage earners are facing trouble as there is no work and no food as well. Unable to feed themselves, many have started walking towards their relatives and friends places in the city, while some say they will also walk back to their home towns, which are as far as Rajasthan and Bihar.

On Wednesday, West Bengal Chief Minister Mamata Banerjee wrote to the Chief Ministers of 18 states with a list of migrant labourers stranded in their cities, asking to help with food and shelter. Slum dwellers, street dwellers and the homeless have nowhere to go and it is a tough time for them, as the lockdown came as a surprise for many.

Several big companies like Realty Major DLF declared on Friday that it will pay salaries to all daily wage workers employed with the company or to it’s active contractors to help them meet their daily expenses.

However in Kolkata, daily wage earners are facing dark days ahead. Many owners are now asking their employees to leave and go back to their hometown. House helps who are daily wage earners have now been asked not to come to work without any prior notice. In times like these, Deputy Commissioner Eastern Sub Division Ajay Prasad came as a messiah of God in uniform and reached out to all the homeless people. From visiting different slums and shelters to procurement of food and it’s distribution, Prasad and his team are actively working to ensure that during this crisis people do not face any difficulty.

“This was something I had started off a long time back ago and I really feel that these people should be looked after. There are a large number of people who are starving everyday and have nothing to eat. I have my Whatsapp friends group who decided to help me out in this venture. This was initially a personal venture and we were successful in initially gathering food for many people.” Explains Prasad.

“Then I decided to expand this. As a DC, there are several tasks to be looked after but the welfare of the people is a must and thus this initiative began. I not only approached my friends, but many NGO’S also came forward to help me. I knew this was going to be a successful mission” Says the IPS officer.

In Kolkata whenever there is a crisis or a crises like this, the middle class and the upper classes may pull through with food to eat and a roof over their head, but the sufferers are the ones who are the lower middle class. Prasad further talks about the initiative.  “I decided to reach out to 5 Police stations, which I would keep under my purview. These are Phoolbagan, Manicktala, Tangra, Narkeldanga and Beliaghata. NGO’s like ‘Pankh, Sapno Ka Udaan’ are extending huge support by promising to provide food for 7 days at Belighata’s Urban Homeless Shelter, which has about 110 homeless people.”

Lions Club Kankurganchi has taken a brilliant initiative to supply food to all shelter homes near Phoolbagan and Manicktala and the process is still going on. They have installed a food vending machine, which can prepare about 1000 rotis at a time. They are also arranging for wheat or atta for all people. The initiative started off from 26th of March, 2020 in the midst of the lockdown and we are trying to provide 3 meals a day, to as many people as possible, for the next few weeks.

DC Prasad says that it is a team effort and hopefully a number of people will be benefitted from this initiative.  One of his team members is a sergeant by the name of Sourav who works under the guidance of Prasad. ” I do feel that many homeless people are really helpless right now and it is our responsibility to do our bit to help them out so that the lockdown does not affect them much. The Lions Club in Diamond Harbour has already distributed more than 200-250 packets to the poor and their meals are been taken care of. It is good to see that the underprivileged now have something to eat and survive for the coming days”. Says Sourav.

Apart from this, Entally Police station has extended support to slum dwellers nearby and has distributed food packets to shelter homes. This is the time when people have come together not just to fight against the deadly virus, but to show some humanity as well. Officer in Charge of Phoolbagan Police station Karuna Shankar Singh, is also working under the guidance of Prasad. “Under the able guidance of DC Ajay Prasad, this initiative has been turned into a reality. We are doing whatever we can for a good cause. Many daily wage earners can fill their stomachs on normal days, but most of them cannot do that now and they cannot be begging.  As policemen, it is important to reach out to the economically weaker sections, so that all needy and helpless people can be helped”. Says Singh. The OC of Phoolbagan further adds, “I feel it is not a duty, but is our responsibility and we are trying our best.” It the humanitarian face of the Police that is making citizens sit up and take notice. A helping hand goes a long way in showing that it is about coming together and making a difference in their own way.