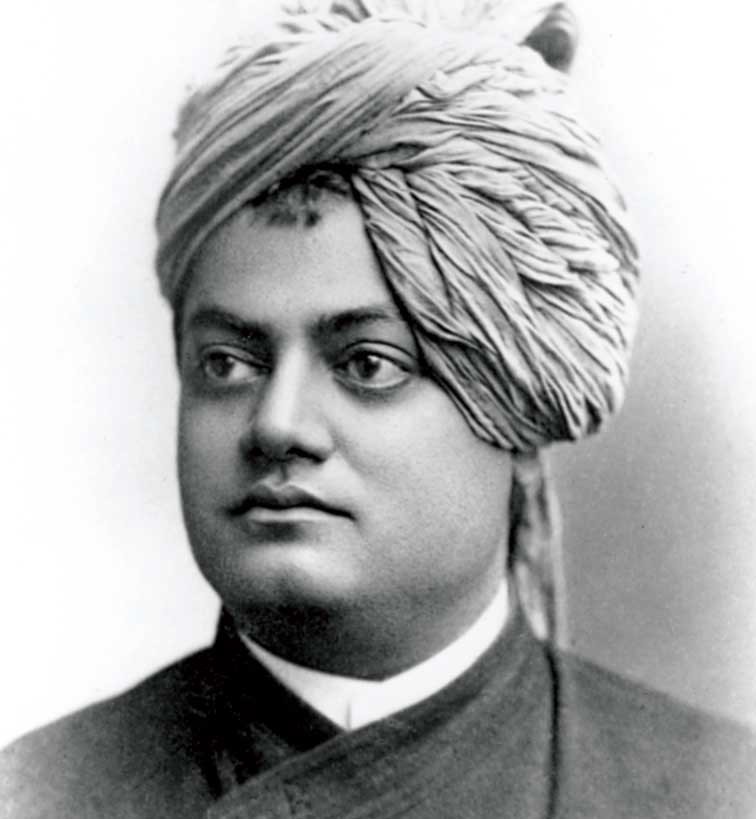 Hailed as one of the greatest orations in history, Swami Vivekananda’s speech at the first World’s Parliament of Religions in Chicago introduced religious tolerance and primacy of man, two of his many concepts that hold relevance even today:

“If the Parliament of Religions has shown anything to the world it is this: It has proved that holiness, purity and charity are not the exclusive possessions of any church in the world and that every system has produced men and women of the most exalted character. In the face of this evidence, if anybody dreams of the exclusive survival of his religion and the destruction of the others, I pity him from the bottom of my heart and point out to him that upon the banner of every religion will soon be written, in spite of resistance: “Help and not Fight, Assimilation and not Destruction, Harmony and Peace and not Dissension.”

This was Swami Vivekananda’s speech at the valedictory session of the World’s Parliament of Religions held in Chicago on September 27, 1893, in which he delivered six lectures.

Vivekananda was successful in winning the attention of the Americans and he became the most popular figure at the Parliament of Religions. Chicago Evening News, a popular local newspaper, wrote about Swamiji’s speeches: “It was human eloquence at its highest speech.” Annie Besant, famous Theosophist leader who saw Swamiji coming down from the podium after delivering his fiery address, described it as: “like a blazing sun in the cold weather of Chicago.” To Besant, Swamiji’s “piercing eyes, mobile lips and movements swift and abrupt” had swept the audience off its feet.

On September 19, Swamiji had presented his first written paper in the West titled “Paper of Hinduism”. The other speeches delivered at the World Parliament of Religions were extempore.

The primary purpose of the World’s Columbian Exposition of 1893 was to bring together the fruits of man’s material progress. Every imaginable was on exhibit. America showcased its material achievements at the world fair and at the same time by holding the World’s Parliament of Religions it tried to get the ideas that would help to establish world peace. Though America had made great progress in the past 400 years since its discovery by Christopher Columbus in 1493, there had been fights among the states. Murder, loot, arson, intimidation of people for monetary gains had become frequent. There was lawlessness as a result of which the benevolent schemes taken by the government failed to yield results.

Swamiji was only 30 years old when he addressed the Chicago conference. He was not invited by the organizers and had lost the letter of recommendation given by Professor John Wright, a teacher of Greek in the University of Harvard. He appeared on the dais as a guest and refused to address the audience in the morning session. He spoke in the afternoon address and was immediately accepted as the hero by the audience. The organizers also understood their sentiments and kept him as the last speaker.

The audience appreciated Vivekananda’s thesis on world peace. His speeches included a paper on Hinduism which not only introduced the concept to the West but also served as inspirational quotes which often find space at various occasions worldwide.

In his first speech on September 11, the day of 9/11 that became a blot on the world calendar in 2001, back in 1893, embarked the feeling of love, harmony and brotherhood when Vivekananda addressed the Parliament.

With his very first lines, he established his credentials with simplicity and pride that must have surprised the listeners who would have anyway been intrigued by the looks of this young man in saffron attire who spoke perfect English.

Here was a 30-year-old who had never ventured out of India, had spent most of his time nursing the poor and was speaking entirely from his heart. In the next five minutes that he spoke, he thrilled the audience. He spoke of the validity of every great religion and against all forms of faith-based intolerance.

“Sectarianism, bigotry, and its horrible descendant, fanaticism, have long possessed this beautiful earth,” he said. “They have filled the earth with violence, drenched it often and often with human blood, destroyed civilization and sent whole nations to despair. Had it not been for these horrible demons, human society would be far more advanced than it is now.”

The speech went on to bridge the gap between India and America as Swamiji went on to promote Hinduism as the “mother of religions” and one that has taught the world tolerance.

Vivekananda believed that it was a universal religion that could help establish world peace. On September 19, he presented his theory on universal religion. “It will be a religion which will not be Brahminic or Buddhistic, Christian or Mohammedan, but the sum total of all these and still have infinite space for development; which in its catholicity will embrace in infinite arms, and find a place for, every human being from the lowest grovelling savage, not far removed from the brute, to the highest man towering by the virtues of his head and heart almost above humanity, making society stand in awe of him and doubt his human nature. It will be a religion which will have no place for persecution or intolerance in its polity, which will recognize the divinity in every man and woman, and whose whole scope, whose whole force, will be centred in aiding humanity to realize its own true, divine nature… Offer such a religion and all nations will follow you.”

On the concluding day, Swamiji spoke about cooperation among people belonging to different caste, creed, religion and sex.

“Much has been said of the common ground of religious unity. I am not going just now to venture my theory. But if anyone here hopes that this unity will come by the triumph of any one of the religions and the destruction of the others, to him I say, ‘Friends, yours is an impossible hope.’ Do I wish that the Christian would become Hindu? God forbid. Do I wish that the Hindu or Buddhist would become Christian? God forbid.

“The seed is put in the ground, and earth and air and water are placed around it. Does the seed become the earth, or the air, or the water? No. It becomes a plant, it develops after the law of its growth, assimilates the air, the earth, and the water, converts them into plant substance, and grows into a plant. Similar is the case with religion. The Christian is not to become a Hindu or a Buddhist, nor a Hindu or a Buddhist to become a Christian. But each must assimilate the spirit of the others and yet preserve his individuality and grow according to his law of growth.”

This is the religion that many seek today.

So did Vivekananda. Of course, he was a proud Hindu but his philosophy transcended religious boundaries and he had little respect for the age-old rituals. His constant focus was on the spirit of Man.

There haven’t been truer words spoken about the religious estrangement that the world is now experiencing than what Vivekananda said on that 9/11 126 years ago.

As a solution, Swamiji professed in service and sacrifice. One should learn to sacrifice a portion of his pleasure for others and should learn to work for the good of others unselfishly. The underlying principle beneath this good is a universal religion.

Vivekananda inspired a lot of his friends and disciples to work for others. Mr and Mrs Sevier who had set up an ashram at Mayavati in 1898 in Uttaranchal’s Pithoragarh used to go to the nearby villages in those days braving the cold to treat the poor villagers.

Margaret Elizabeth Noble who later became Sister Nivedita opened her school at Bosepara Lane in north Kolkata for girls coming from middle-class families. Josephine Macleod, daughter of a rich American businessman, was an invited member of the Howrah municipality and another civic body in Gujarat. She taught beekeeping to some of the womenfolk in Gujarat which helped them earn their livelihood. In Howrah, the civic body learnt to revamp the existing sewage system from her.

Swamiji used to say: “I am the servant of that God whom the ignorant by mistake calls Man.” He believed that if people can develop a genuine concern for others, then world peace can be achieved. “Feel my children feel. Feel for the poor, feel for the outcast, feel for the downtrodden. Feel in such a way that your heart stops, your head reels and as if you will go mad.” Deep feeling and concern for everyone have been the motto of the Ramakrishna Mission.

Even today, we find RKM constructing schools and hospitals in areas dominated by tribal people in far-flung areas including the north-east. During floods and other natural calamities, the RKM is the first to take up rehabilitation programmes wherever people are in need.

Vivekananda believed “Service to Man is Service to God,” and today, years after his demise, his principles and teachings remain immensely relevant in today’s world, helping us, even more, to understand them better in the given state of affairs.