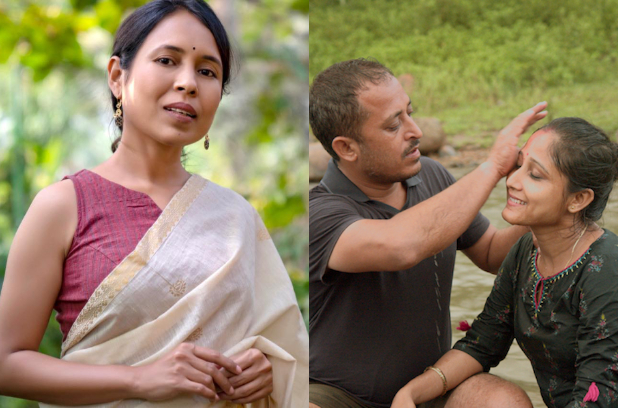 For the third time in a row, National Award-winning director Rima Das’ film has been selected at the prestigious Toronto International Film Festival (TIFF). This time, she will return to the 47th Toronto International Film Festival for the world premiere of her Assamese film Tora’s Husband. It is the first Indian film to be featured in the Platform section at TIFF, which will be held from September 8-18, 2022.

Named after Jia Zhang-ke’s film ‘Platform’, this director-driven section pushes the boundaries of narrative filmmaking in surprising and rigorous ways, using documentary or experimental techniques in their approaches. They tackle some of the most urgent concerns of our day using original, exciting cinematic language.

Tora’s Husband featuring Abhijit Das and Tarali Kalita Das in the lead roles, is a story of a loving father and a kind neighbour, who struggles to keep his small-town business afloat while his relationships deteriorate, amidst loss and lockdowns. He sometimes gets aggressive and sometimes reasons with love and patience. But his expectations are crushed time and again. Juggling with his underperforming business and strained personal relationships, he tries to find motivation within to keep going. Shot during the Covid-19 lockdown, the Assamese film depicts life in a small town during the pandemic.

The writer-director-producer made the film independently, with a small crew for over two years. Sharing her journey, she says, “The story of my protagonist reflects my personal journey living and working amidst the pandemic. In the midst of loss, lockdowns and life, we shot the film for over two years in real locations and natural conditions. Shooting Tora’s Husband was more challenging than shooting my previous films because the pandemic restricts you in many ways. There was this constant feeling of fear and restlessness, which my characters also depict. But I knew I just had to shoot this film, as this time will become history one day.”

Das paid tribute to her father, Bharat Chandra Das in the film whom she lost during the pandemic. “I lost my father during the early days of shooting the film. I dedicate this film to my father and all those who have lost their loved ones during the pandemic,” added Das, who is highly influenced by master filmmakers like Satyajit Ray, Ingmar Bergman, and Majid Majidi.