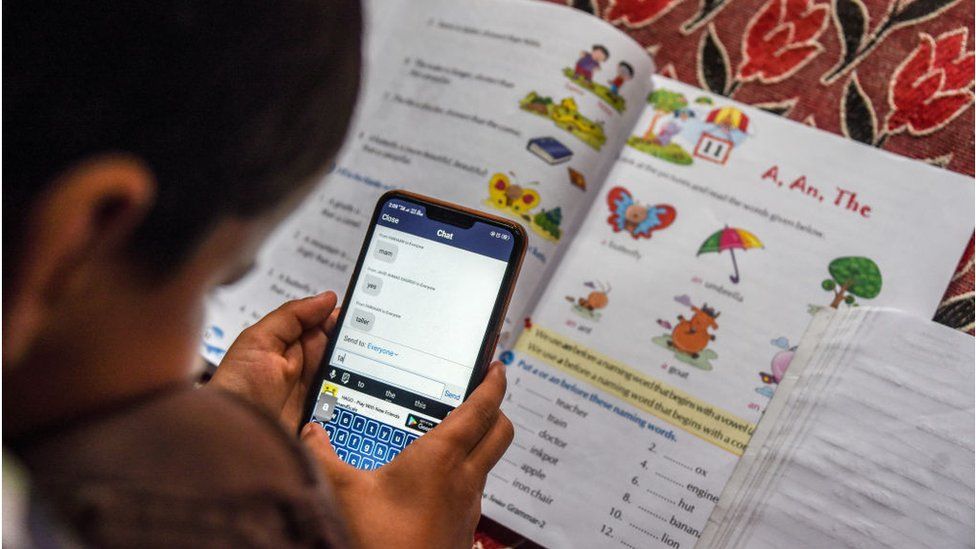 The pandemic has forced India to alter the way we perceive education. Students residing in cities are now getting used to virtual classrooms. India too aims to leverage the power of online education to bridge the learning gap in vast swathes of rural India. However, many children cannot afford a smartphone to reap its benefits.

The Darjeeling Police has launched a new project called Rokine Chaina Shiksha meaning “Education will not stop.” Through this project, Darjeeling Police would be donating smartphones to some meritorious students of Classes IX and X. The project is operational in Sadar, Kurseong and Mirik subdivisions at present.

The novel idea was conceptualized when after a joint discussion with Headmasters of School Association, various head-teachers pointed out that many students belonging to the underprivileged section do not have the necessary smartphones for online education.

It was decided by the Darjeeling Police led by SP Dr Santosh Nimbalkar, IPS that the head-teachers from different schools would be identifying one or two students each from every school. The Darjeeling Police would be verifying their details and provide smartphones for their use.

The much needed extra step

Rokine Chaina Shiksha is being funded by the Darjeeling Police and the fellow citizens and organizations residing at Darjeeling who are willing to contribute for this just cause.

Soumyadip Bhattacharya, the Additional SP (Headquarters) of Darjeeling Police said, “After getting the approval of our Welfare Committee almost all our police personnel have voluntarily donated their one day’s salary as a contribution to buy these smartphones.”

The police have also appealed to citizens to come forward and donate smartphones. “If anyone or any organization wants to donate smartphones they may contact their local police station or the SP office. After the initial phase, we would like to empower the citizens to conduct such smartphone donation drives at their local police stations. The police would play the role of coordinating or facilitating the process,” the Additional SP informed.

The project will be inaugurated on 17th August when the first phase of the mobile phones will be distributed to around 140-150 students in the presence of distinguished guests. “We are keeping a database of all the beneficiaries and will issue certificates to the students stating their name, school, IMEI number of the phone and other details,” the Additional SP informed.

The Darjeeling Police will also distribute SIM cards along with these smartphones having internet validity for the next three months. This would ensure that there are no further costs incurred by the students.

Talking about the challenge at hand the Additional SP said, “The poor network connectivity in the Hills poses a problem. We do not want the students to miss their classes even after they have smartphones. We are in talks with various bodies to come out with a constructive solution to this long-standing problem.”

In the age of digital education when information is available at a click through our smartphones, Darjeeling Police is walking an extra mile to ensure that students do not miss out on their classes. The much talked about learning gap and the digital divide can be bridged by the cooperation of all citizens. Project Rokiney Chaina Shiksha of Darjeeling Police aims to achieve that goal by empowering the citizens of tomorrow.