Royal protectors of a historic legacy 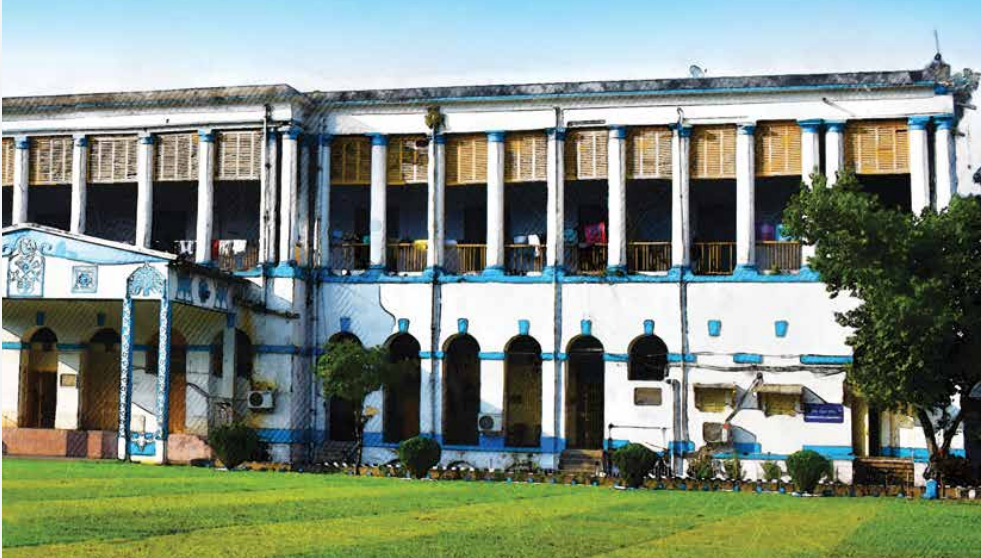 Chandannagar, which was a French colony, has a lot of historical importance. For the peaceful preservation of such an amalgamated heritage, it is important to have a strong policing system in place. The Commissionerate has evolved as a boon and the people who make it possible share their respective journeys

The city, which was formerly a French colony and has retained its beauty ever since, is now home to the much esteemed Chandannagar Police Commissionerate under the West Bengal Police. With primary responsibilities involving law enforcement and community policing, the Commissionerate has nine police stations including Bhadreswar, Rishra, Serampore, Chinsurah and Dankuni. Geographically, the Commissionerate holds paramount importance in Bengal’s police map, covering urban and semi-urban areas as well as the developing rural regions of Hooghly. Be it the cultural heritage or overall security, the Chandannagar Commissionerate under Dr Humayun Kabir has truly played a stellar role in the last two years.

He pursued his graduation at Kalyani University and from a tender age, he was adept in writing stories. He says: “I wrote my first story when I was in class IX.”

“It was Pather Panchali that inspired me to write stories,” he adds. He was an avid reader and wrote well from an early age. He later researched on aerobiology for his PhD and joined as a teacher at a school near Kolaghat. According to Dr Kabir, he always adhered to his instincts and thus felt the need to be more in touch with those around him and the desperate need to help others. He says: “Most students these days tend to take up professions and streams under pressure or lack of confidence.” Instead “they should try to explore their interests as much as possible and do what they love doing”. He talks about his novel Aaleya which he later made into a film by the same name. His other most-read works are Nokher Daag which was published in Sananda magazine in 2006 and Gonokhoborer Desh Bosnia which came out in the year 2001.

To help people reach the Commissionerate easily, he has shared his WhatsApp number widely so that he has an eye on everything and can take prompt action. Apart from being an excellent wordsmith, he is also a great Samaritan and is the founder of ‘Prerona’ — an organisation which extends help to young under-provided girls to go forward in life and strive towards excellence. Under this consortium, 10 Muslim girls from rural areas have been encouraged to study medicine and have been provided with ample resources to do so. In his own words, “I believe, it is our duty, to stand by the less fortunate people. After all, a little help can change the lives of so many. In my own life, I have come across so many circumstances where young talents from rural backgrounds have become true assets of the nation.” He also likes to engage himself in career counselling as he goes to places for official work and his team gives away medicines and health check-ups for free. He says: “To bring the underprivileged students into the limelight and give them equal opportunities, career counselling holds the key.” He also suggests that everyone should acquire basic education and henceforth they should help each other, delve deeper into the problems and solve it. He believes “education should lead to liberation.”

In a career spanning more than three decades, Dr Kabir has been a true ‘crisis manager’. Wherever he has been in his illustrious career, perseverance has been his key along with impeccable man-management in policing. Dr Kabir has always focused on the importance of community policing and has always emphasised on bridging the gap with the commoners.

In his own words: “Policing has changed a lot in the last few years. The traditional crime pattern has witnessed a change as more and more complaints of internet fraud are coming to the forefront. But, here in Chandannagar, we share a very close rapport with the citizens. This has helped to avert any kind of possible crisis or danger.”

Born in Nadia in a family of three, Officer Dhali is an inspiration to all those who strive to rise among the masses and want to be successful. He is the only son of his labourer father and exclaims: “My father was a landless labourer and had to shift very often to fit his work needs”. His father worked tirelessly as he felt the need to uplift his children and gave them the best possible education. His alma mater was St. Ann’s School, an English-medium school with fees of Rs 80 and his father had to engage himself in arduous work to provide that. In 2003, their whole family along with his sister, moved to Sindugarh after he completed his secondary education. Being a hardworking student, he was supported by many including his teachers and his society members. He always wanted to do something in return.

When he went to Pune to pursue his college, he was away from home for the first time. He started working from an early age and his first job was at a call centre. He later got into NIT Nagpur and studied engineering there. He says “besides studying, I helped my father as well because I couldn’t sit at home and watch him go to work.”

He joined NTPC and was working in Vishakhapatnam before he got transferred to Assam. He liked his job but could not identify himself with it and found something missing. He sat for the UPSC examination as he became determined to become a part of the public service commission.

She works in a field where not many women are to be found. Priti Show, a lady Constable, comes from a very simple family. “My life changed because of my service. I became brave and it has helped me overcome a lot of my fears.” A dotting mother of a three-year-old, she draws a parallel between protecting her little son and protecting her city from cases of crime.

She exclaims: “A lot of women come every day to this station with their problems and they feel comfortable and open up to me as I am a woman myself.” She urges everyone to enthuse their daughters and sisters to come into public service so that they get more exposure to fight the evils of society and live a respectable life.

The Jagaddhatri Puja celebration in Chandannagar has been truly an iconic one over the years. No doubt, it remains a challenge every year for the local governance and police authorities. This year, the Chandannagar Commissionerate had detailed arrangement for the Jagaddhatri Puja. When asked about the measures undertaken, we came to know about sparsha abhijaan, a community programme which took the elderly of Chandannagar out for pandal-hopping. Measures to arrange for tea, water and public urinal were also been taken. No Entry was imposed at various entrances to Chandannagar area to ensure smooth movement of the crowd.

Entry passes were distributed to various emergency services including Fire, Ambulance etc and among residents of Chandannagar and Bhadreswar for access to the area. Added to that, Tourist Guide maps were widely circulated, providing an outline of various Puja pandals and routes. For smooth communication, adequate parking spaces were earmarked. The Commissionerate also guided Police Assistance Booths (PABs) which were installed at various locations for providing the first point of help and service to people. Not only that, emergency medical kits were provided at these PABs and various other points and ambulances were placed at strategic locations to meet exigencies. This year during the Jagaddhatri Puja celebration, fire vehicles were placed at various locations and bio-toilets were erected at important points for public convenience. Interestingly, The Chandannagar Commissionerate took extensive coverage of the area through CCTV coverage to analyse live feeds.

Credit goes to Dr Kabir and his team for the huge deployment of force, particularly on the immersion day. The team has been implementing these plans for some time now and it has brought about a lot of changes which includes the banning of DJs and less usage of trucks to build the pandals which earlier would block the roads and make transportation troublesome.

Lastly, a visit to the Chandannagar Museum and the church brought back memories of the French legacy. The pillars of the ghat, as well as the walls of the museum, stand as legacies of a rich bygone era steeped in history.