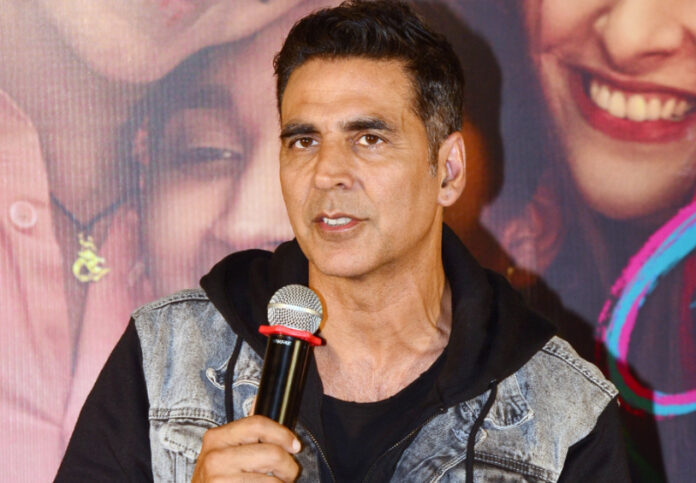 Akshay Kumar had tried his hands in several odd jobs before finally entering Bollywood. From waiting tables in Bangkok, teaching martial arts to even working in Kolkata during the mid-80s, the journey of Khiladi Kumar is inspiring. Today, Akshay Kumar is one of the highest-paid stars in Bollywood.

Recently on a promotional tour to Kolkata for Raksha Bandhan, his August 11 release, Akshay Kumar went down the memory lane and recalled his working days in Kolkata during 1984 and 85. He was upset when he learnt that the legendary Globe Cinema in the city has shut down.

“This is not the first time I am here in Kolkata. I have come to Kolkata multiple times. But I don’t know how many of you know that I used to work in Kolkata. I have worked here for two years in 1984 and 85. I worked in the Globe Cinema near New Market. I came to know from my driver that the Globe Cinema has been shut down. I have seen so many movies sitting there. It’s very sad,” said the Sooryavanshi actor.

Further recalling his Kolkata days, Akshay Kumar spoke about his “good friend” Anil Punjabi. “I made a very good friend called Anil Punjabi in those two years. But then, we lost touch with each other. I met him once later. I have a lot of memories in Calcutta,” he said.

Earlier, established in 1827, Globe Cinema was known as the Opera House. This single-screen, which was later sold to E M Cohen in 1906, was one of the very few Indian halls that screened English movies during that time. In 2016, the legendary Globe Cinema was transformed into a shopping mall with a twin-theatre multiplex.

The superstar also spoke about the boycotting Hindi films trend in Bollywood. Recently, social media users have called for a boycott of Aamir Khan’s Laal Singh Chaddha and Akshay’s Raksha Bandhan. Speaking to the media, the Bell Bottom actor said he is hurt. However, he also said, it’s a free country so anyone can do anything. “There is nothing to say. What can I do if someone does not like it (the film)? There are a few people who do mischief. That’s okay. It’s a free country so anyone can do anything but I will say any industry, be it a cloth or a film or any other, helps the economy of India. These things (read boycott) do not make any sense. We are all on the verge of making our country the biggest and the greatest. I request them not to get into these things for the betterment of our country only,” he said.

The Akshay Kumar-starrer has been cleared by Central Board of Film Certification with a ‘U’ certificate. Also, a lot of netizens are comparing Aanand L Rai’s film with Sooraj Barjatya. In Raksha Bandhan, Akshay plays a brother to four sisters, who he wants to get married. Akshay said the film also speaks about dowry, which is very much prevalent in the society. But the actor said Raksha Bandhan talks about the problem and solutions of dowry. “It is up to the audience what to take from the film. But the audience will be able to relate to what we have tried to convey through this film. We have not tried to give any message through the film. But if at least 10 families will oppose taking dowry after watching the film, I will consider my film as a hit,” Akshay said in Kolkata. His onscreen sisters — Sadia Khateeb, Smriti Srikanth, Sahejmeen Kaur, and Deepika Khanna — also accompanied him.

Ask Akshay, do Indian women always need brothers to protect them and the Rustom actor said, he had made many films where the power of the women has been highlighted. “I have had experiences where I have witnessed women power. Scientifically, also, it has been proven that women are stronger than men. Maybe, the audience will get the answer to this question after watching the film,” he said.

Happiness is his fitness mantra

When Akshay joined the industry, he knew he had to earn money. He had seen the toughest phases of his life and knew he needed money to make it right. But today, Akshay, one of the highest tax payers in the country, said his work has turned into passion. “When I joined this industry, I actually came to earn money but slowly films became my passion. I do films with social causes because they give me a lot of satisfaction,” he said.

When asked about his fitness mantra at the age of 54, Akshay said one needs to stay happy and enjoy the work. “If people turn work into passion, then they would start enjoying it. When I go to sleep, I feel the excitement to wake up the next morning and go to the shooting floor,” he said. The Bachchhan Paandey actor further added, “Read a lot of jokes that make you laugh.”