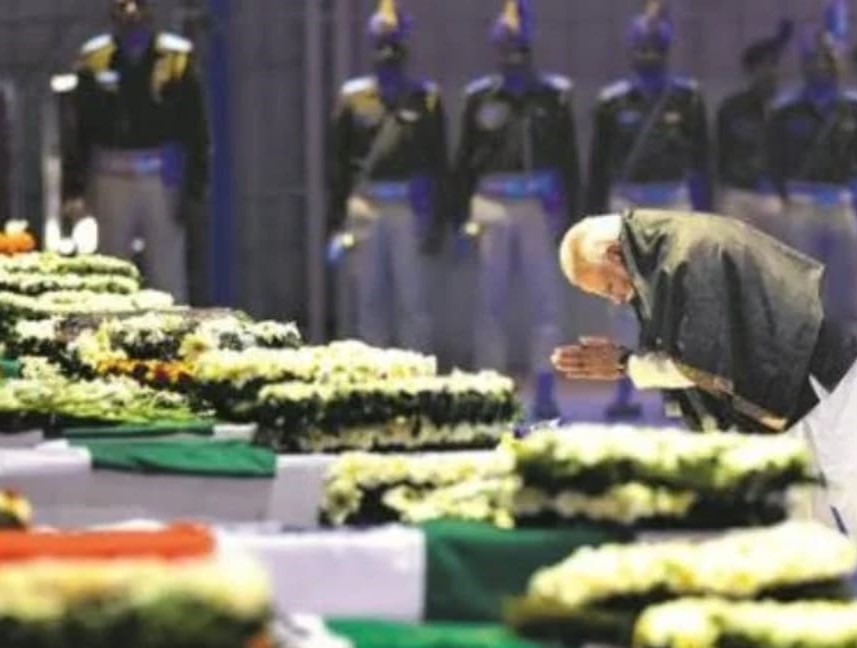 14TH of February, which is usually regarded as the day of love, turned out to be a black day for all Indians when a convoy carrying around 40 CRPF personnel were mercilessly killed by a suicide bomber suspected to be backed by Pakistan-based terror outfit Jaish-e-Mohammad in Pulwama district. This was indeed one of the deadliest attacks on men in uniform.

This incident shook the entire nation as it weakened the ties with our neighbouring country Pakistan. As an aftermath of the attack, India conducted an airstrike to avenge this cowardly act.

Now a year later, we remember and salute all the martyrs, who lost their lives on this dreadful day. However, the cold war between India and Pakistan still continues.

On the 1st Anniversary of Pulwama attack, Prime Minister Narendra Modi tweeted “ Tributes to the brave martyrs who lost their lives in the gruesome Pulwama attack last year. They were exceptional individuals who devoted their lives to serving and protecting our nation. India will never forget their martyrdom.”

Cutting across the party line this incident was condemned by every Indian. On this day, we pay our due homage and tribute to all the Bravehearts who laid their lives in this deadliest attack.