Seashells: Where do they come from? 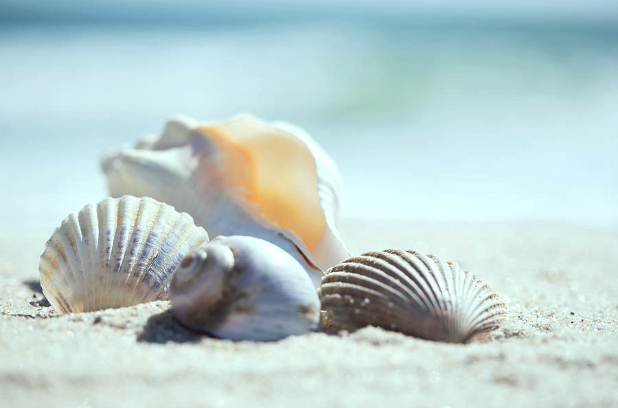 Who’s not fond of seashells? When we take a stroll down the beach, enjoying the waves crashing at our feet, we almost instinctively indulge in collecting attractive seashells — reliving our childhood and creating memories at the same time.

For those wondering how these beautiful seashells are formed, we must credit a certain type of soft-bodied animal known as mollusc. The shell is a mollusc’s skeleton!

Shells are made by molluscs that have an outermost layer of tissue on their bodies. Called the mantle, this layer connects the animal to its shell. The mantle also creates that shell.

Specialised cells in the mantle build the shell using proteins and minerals. These are then released into the space outside the cells. There, the proteins create a framework that provides support for the growing shell. The proteins in the framework also determine which minerals are used in specific parts of the shell. Calcium carbonate, the main mineral found in shells (including eggshells), binds to the protein. If you have ever seen construction workers build with concrete, this is similar. The protein is like the steel rebar that gives shape and support. Calcium carbonate is like the cement that fills in all the gaps.

Calcium carbonate can form two different types of crystals. One is the calcite that is an incredibly common crystal and can be found all over the world. Calcite makes up chalk, marble, coral, limestone, and seashells. The other form is aragonite, which has a different arrangement of calcium carbonate. Both calcite and aragonite are found in seashells.

As a mollusc grows in size, its shell increases in thickness and size. We can actually find the lines of growth that are marked by ridges that run parallel to the outer edge. The other ridges are caused by those in the mantle of the mollusc or by muscles in its body.

The colouring of the shell comes from some glands of the mollusc that contain colouring matter. So, a shell may be spotted, all one colour or marked with lines. Some are so tiny that they can be seen only with a magnifying glass while a giant clam has a shell that can be four feet long!