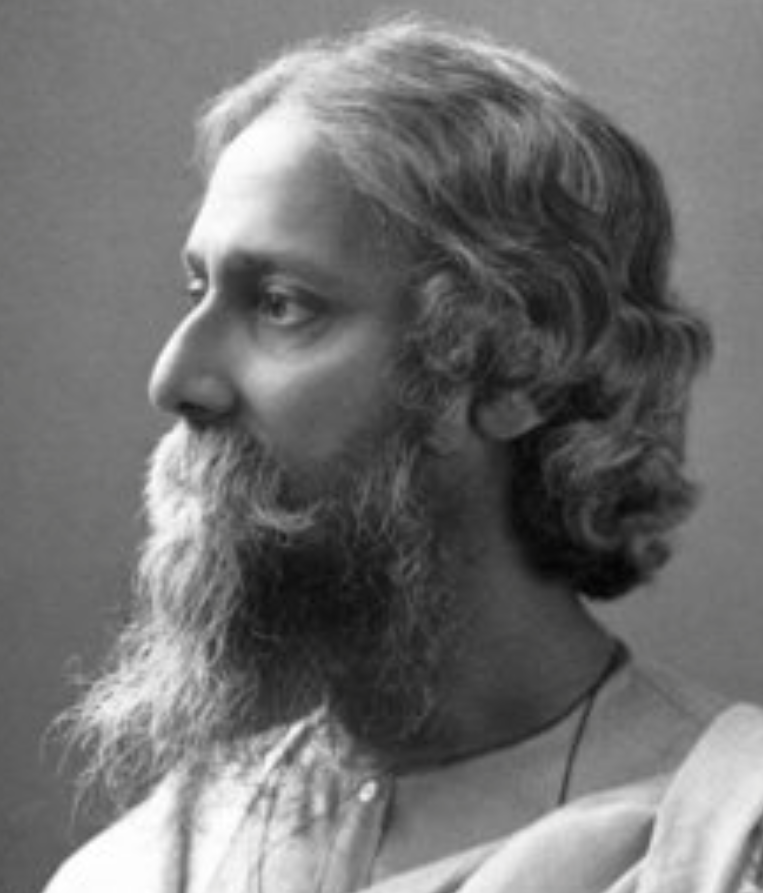 “Moter upor Shillong Bhalo, jai na baluk ninduke (Overall Shillong is good, no matter what critics may say)” – these are the last lines of ‘Shillonger Chithi’ – a widely read poem by renowned poet and Nobel laureate, Rabindranath Tagore. These words are quoted almost every day in Shillong, remembering the poet’s priceless contributions.

Thursday, August 7, marked his 79th death anniversary – the day was observed in Shillong through a special programme. People from all walks of life paid tribute to the great bard who had visited this beautiful hill station, thrice. Floral offerings were paid to Tagore’s statue while prayer songs were sung to remember the first-ever non-European to win the Nobel Prize for literature in 1913.

Shillong always had a special place in Tagore’s heart. He loved this pristine hill station so much that he visited it thrice, more than any other place and used it as a backdrop for his masterpiece ‘Sesher Kabita’.

In the initial part of the 20th century, Shillong hosted many celebrities of global stature and Biswakobi was a much loved visitor for the people of Shillong. At that time Shillong roads were bumpy and reaching Shillong was not an easy affair, but the unspoiled nature’s bounty mesmerized visitors who continued to flock in every year.

Tagore probably travelled from Guwahati in his private motor vehicle. The poet, in his memoirs, described the zig-zag roads to Shillong as ‘aka baka poth’ with ‘dhudhare drishshoman jongol’ (eye-catching jungles on either side of the road).

The environs may have lost a modicum of their idyll, but the Brookside Bungalow where he visited first time still stands amid the pines and the eucalyptus, with the Umshyrpi gurgling alongside. It was at Brookside that Tagore had written letters to his friends, describing his stay, including the Diwali celebrations of October 23, 1919. “Over a century ago, the Nobel laureate, Rabindranath Tagore, made his maiden visit to Shillong in 1919, the capital of undivided Assam. He spent three weeks at Brookside, a bungalow in the Rilbong locality, belonging to the then Chittagong assistant commissioner, Kiran Chandra Dey. Every year on August 7, all Tagore lovers gather here to remember their beloved kobi,” recounts Tagore researcher Malabika Bisharad.

The eternal tourist that he was, the bard wrote: “Gormi jokhon tutlo na aar pakhaar haowae, shorbote, thanda hote doure elum Shillong namok porbote (When the heat of summer could not be alleviated with fans and cold drinks, I rushed to the hills of Shillong!” Shillong Brahmo Samaj was the place where Tagore used to go every morning for prayer. During his visit, Kabiguru composed a couple of poems and translated some of his verses into English.

Tathagatha Roy, Governor of Meghalaya and a devoted Tagore lover, says, “Shillong is replete with everlasting memories of Kabiguru Rabindranath Tagore. Two of his books reflect his love for this town most eloquently. One is Shesher Kobita – though the novel is primarily set in Shillong, it was written when Rabindranath was in Bangalore. The other is Roktokorobi which he wrote while staying in Shillong. Two bungalows, where Tagore lived – Brookside and Jeet bhomi – are now tourist spots and visitors from all over the world come to see the places with much interest and love.”

Tagore’s second visit was during the summer vacation of April 1923. This time, he stayed through the months of May and June in ‘Jeet Bhumi’ in Rilbong which at that time belonged to Tagore’s niece Manisha Debi. In his third visit he stayed in Solomon Villa.

Prior to his second visit to Shillong, the poet had a long voyage to Europe and America and had experienced the difference in lifestyle there. This made him conceive the plot of a play on the evils and side-effects of the so-called modern civilization dictated and run by a mechanical lifestyle. The plot was that of ‘Jakhshapuri’ which was later named ‘Raktakarabi’ or ‘Red Oleanders’ and he wrote it during his stay at Jeet Bhumi.

On June 9, 1923, Tagore wrote his famous poem on Shillong ‘Shillonger Chiti’ which is truly an ode to Shillong. Every word, every verse of this poem is a literary expression of how deeply Tagore’s poetic sense captured the innate natural beauty of this hill town.

Tagore visited this hamlet in May, 1927 for the third time. One of Tagore’s ardent admirers was the business icon Ambalal Sarabhai from Ahmedabad. This time, Mr. Sarabhjai joined him as a guest and two houses were taken on the Upland Road of Laitumkhrah to accommodate the illustrious guest. In his third visit, Tagore moved out of Laban and lived in ‘Solomon Villa’ for a month. Initially owned by Mr. D. Lanagard, Solomon Villa was later purchased by the king of Sidlee who renamed it ‘Sidlee House’.

During this visit Tagore hardly ventured out and dedicated the time composing quite a few of his much-loved poems and songs. It was also here that Tagore started writing his celebrated novel ‘Tin Purus’ which was later named ‘Jogajog’. Tagore’s visit to Shillong and his eternal love for the place is oft-reflected in his work.