SK Roy: Going above duty to make a difference 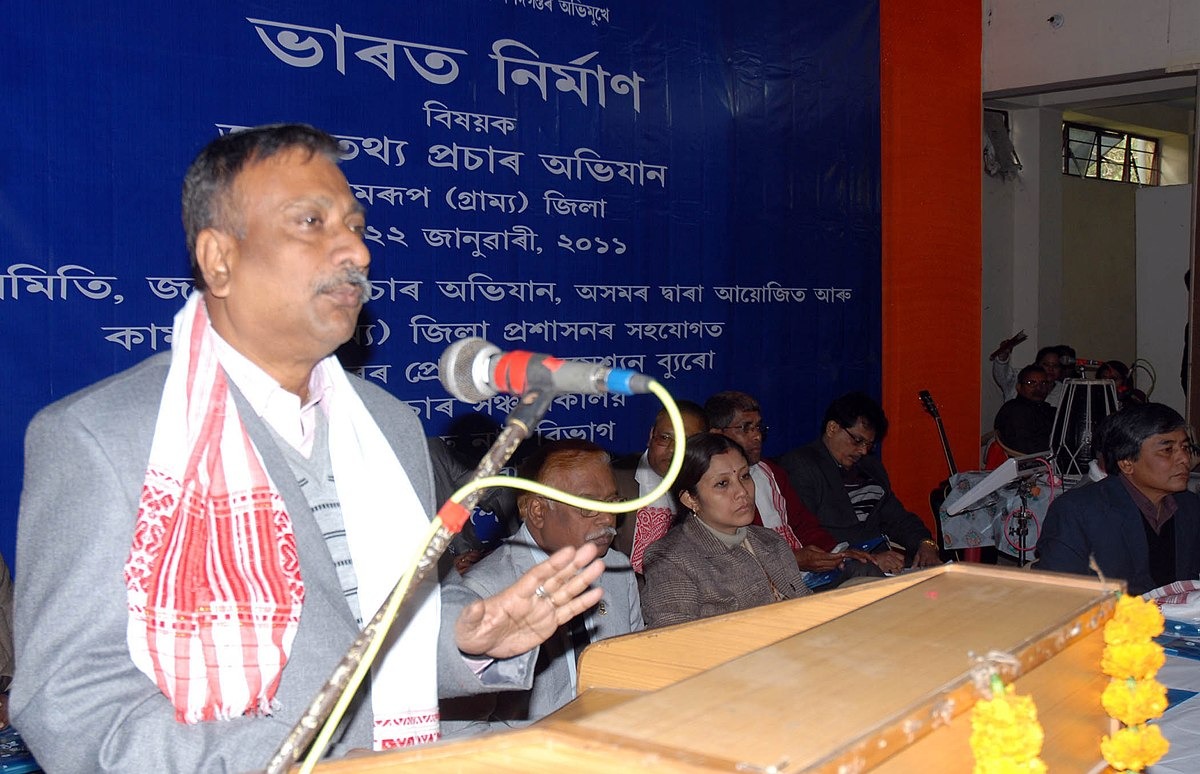 From being a statistician and a lecturer to the Secretary of the Assam government, Supriya Kumar Roy has been the state’s Nayok as far as governance is concerned. Born at Lumding in Assam’s Nagaon district, SK Roy had been the Deputy Commissioner of Kamrup when the infamous Rani Tea Estate violence broke out. In his years of service, he has spearheaded the Assam Awas Yojana, prevented illegal land grabs, ideated a Village Defence Party and had also been the Project Head of Assam AIDS Control Society. Roy presently serves as an Advisor to the Assam Electricity Regulatory Commission, Department of Power, Government of Assam.

With the vision to ensure “Housing For All by 2022”, Prime Minister Narendra Modi had launched the Pradhan Mantri Awas Yojana. The objective was to provide pucca houses to the homeless. Beneficiaries from Assam, identified by the Gram Sabha, receive Rs 1,30,000 under this scheme. They are also entitled to 90 days of unskilled labour under MGNREGA (Mahatma Gandhi National Rural Employment Guarantee Act), which is an employment guarantee scheme. Beneficiaries may also opt to avail of a loan worth Rs 70,000.

The scheme promises minimum leakage so that the poor belonging to BPL (Below Poverty Line) families receive funds electronically into their bank accounts.

During his tenure as the Deputy Commissioner of Kamrup district, Roy had attended most Gram Sabha meetings and personally enquired into the process of identification of beneficiaries so that the deserving are not left out and most can be accommodated.

In Assam, one needs to take permission from the District Collector when he buys land. In course of time, wealthy corporates were buying agricultural land from farmers at negligible prices and eventually converting them into commercial ones leading to scarcity of such plots.

Roy saw through this mischief and asked all Circle Officers to submit a report on how agricultural land is being used by the purchasers. Thereby, using his discretion, he inserted a clause in the sale and purchase applications, which specifically stated that once agricultural land is bought, its use should be limited to cultivation after the deal. This is how he checked the undue exploitation of poor peasants.

“There’s a proper way of converting agricultural land to an industrial one,” says Roy. “When a Tehsildar finds out that land adjoining an agricultural plot is presently being used for other purposes like markets, he informs the Collector and then the process of conversion starts. In this manner, farmers are assured of better price realisation as the value of land also increases. On the other hand, it also helps in generating more revenue for the government.”

The Village Defence Organisation was established in 1949 by Harinarayan Baruah. He set up a team of village youths to look after their village. With time, the Village Defence Party came to assist the Assam Police in establishing law and order in the state.

Mitigating disasters using local resources and not being dependent on state agencies is not a new idea. Roy thought of it when a bus fell into a pond and he found the police personnel to be ineffective. The Disaster Response Team took some time to reach the spot and the apparent inaction caused mayhem. Roy found that the locals were able to recover the bodies. “This incident inspired me to form stations in various village corners where locals can be trained to work together for a cause to mitigate disasters.”

With the help of the National Disaster Response Force, the locals are trained in search and rescue operations and first aid. They are equipped with proper safety gears too. They also receive a certification, which helps them in getting jobs in future. Thus, the Village Defence Party was roped in efficiently and successfully in the Disaster Management. The idea was to empower them to act as a team of first responders till the concerned authorities reach the spot.

Awareness campaigns help a great deal in tackling communicable diseases like AIDS or promoting blood donation or preventing drug abuse. Effective communication on social media like promoting the wearing of masks, ensuring hand hygiene or social distancing have worked marvels in fighting the pandemic. Roy ensured that these events are taken seriously with wide participation among the public, especially in schools and colleges. Policemen were also trained in helping patients suffering from AIDS as they are socially discriminated against.

It is necessary to rehabilitate sex workers into other professions in order to bring down cases of HIV infections. Creating employment opportunities for them is the way out. However, reluctance on the part of the sex workers out of fear and misconception that they would be losing their source of income is worrisome.

Roy stressed how he helped avoid a mob attack through persuasion and smooth-talking. Resolving conflict has acquired major importance in modern policing today. Trust between the community and police should be strengthened. The idea entrenched in our minds that police are only meant to catch criminals or maintain law and order in their respective jurisdictions needs to be altered. Roy adds that negotiation and persuasion should be the rule rather than resorting to brute force.

Prime Minister Modi has pushed towards promoting cleanliness and hygiene as a way of life. The Swachh Bharat Mission is one of his most successful initiatives. As the Municipal Commissioner of Guwahati, Roy had been proactive in this field as well. He used to supervise and participate in cleanliness drives, conduct review meetings with engineers and find scope for improvement. He says honesty and integrity should be the main qualities of a civil servant.

Before joining the service, Roy was the programme officer of the National Service Scheme where he took part in various socio-economic surveys. During that period, he came in close contact with the locals. He educated them and empowered them and that joy motivated him to crack the civil service in the first attempt itself. He says honesty and integrity should be the main qualities of a civil servant. He has been Assam’s Nayok, feted by locals of the land.