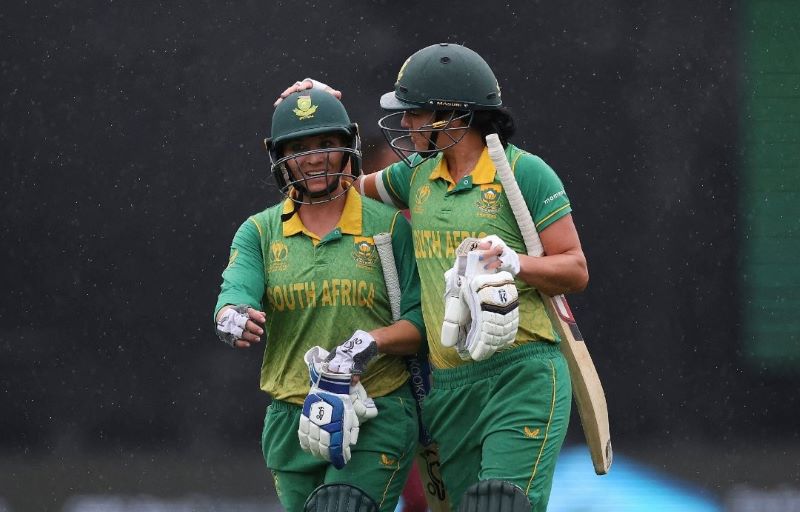 Wellington: South Africa have qualified for the knockout stage of the ICC Women’s Cricket World Cup after rain washed away their clash against West Indies on Thursday.

Both teams got a point each, with South Africa now having nine points while West Indies have seven points. South Africa will now finish in second place on the table behind unbeaten Australia (12 points).

West Indies, on the other hand, have overtaken India (6 points) to move to third spot but their hopes are hanging by a thread to feature in the semi-final.

If either India or England lose a game, West Indies, whose group matches are now over, will secure a semi-final berth.

Just 10.5 overs of play were possible at Basin Reserve, with South Africa moving along to 61/4 before the heavens opened yet again to spoil any hope of the match being completed.

Dottin held on to a screamer in the field to help dismiss in-form opener Laura Wolvaardt (3). Lizelle Lee (9) followed Wolvaardt back to the dugout shortly after as the Proteas were quickly reduced to 14/2.

Skipper Sune Luus (1) and Tazmin Brits (1) departed in quick succession as South Africa stumbled to 22/4 and West Indies were starting to dream about a possible semi-final berth.

Experienced duo Mignon du Preez (38 not out) and Marizanne Kapp (5 not out) steadied South Africa’s innings, only for the rain to intervene once again and ruin any chance of a result.