Stakeholders suggest awareness and education as solutions to adolescent pregnancy 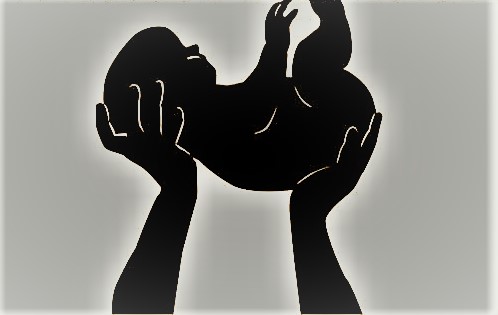 Teenage pregnancy is not one of the most talked-about issues which results in the death of many adolescents and unborn children. According to the data, in India, most of the teenagers who go through pregnancies are uneducated or are victims of child marriage which happen majorly in rural areas, where literacy and awareness levels are alarmingly low.

However, as it said that every problem has a solution; The Optimist News contacted  key stakeholders including a psychologist, an educationist, and a gynaecologist to find solutions to this extremely sensitive issue.

Gynaecologists believe a host of factors lead to teenage pregnancy and problems thereafter. Dr Pallavi Daga, a leading gynaecologist at one of the leading gynae clinics in South Kolkata talked about some of The key concerns being –

She further mentions” knowledge gaps and misconceptions on where to obtain contraceptive methods and how to use them also lead to such situations. Lack of reproductive system ignorance, the earlier occurrence of menarche, risk- taking behaviour psychological problems, peer influence, coercive sexual relations; dysfunctional family patterns, poor health services, socio-economic status and the breakdown of cultural traditions together contribute to the growing risk of pregnancies amongst young kids and girls

While on the other hand Dr. Samadrita Bhattacharya, Consultant Psychologist, Life Coach, NLP Practitioner and Coach at Mindfully Yours, says open communication with parents at the right age will play a crucial role to put a stop to adolescent pregnancy.

“Parents need to play a crucial role. Open communication with adolescent children is important and there should be non-stigmatization of the word “sex”. ‘Involvement’ should be the mantra for the parents to increase awareness from the familial side. Also, to increase awareness of these sensitive issues, sex education is imperative and mandatory,” said Dr. Bhattacharya.

Mrs Subarna Chatterjee, a teacher at a high school in Barrackpore and a mother of a teenage girl says she remains cautious about everything happening around in the society and says, “As a mother of a 16 year old girl I have to understand the psychology of my daughter so that as a parent I can protect her from all possible situations. i know how these young kids get caught caught up in relationships and it is the duty of the parents to oversee that children receive the proper guidance. Also the children should be advised on their own well being so that they can avoid uncalled-for situations. it is very important for parents to explain to their kids as to where to draw a line. of course sex education is important, but physical conversations, opening up with kids, so that they can have a friendly approach towards their parents and establishing a comfortable space between parents and children is utmost important.

Dr. Sanjana Meher is a counselling psychologist based in Hyderabad, Telangana associated with Mindfully Yours. Her interest lies in combining Eastern and Western modalities of psychotherapy in her sessions.

Dr. Sanjana mentions, “As I was doing a lot of reading on this, I saw that according to the National Family Health Survey, from 2006 to 2015, there has been a drastic reduction in child marriage and teen pregnancy.” Also when asked about the probable stakeholders who could aware adolescents on these sensitive issues, the Psychologolist adds, “Since, it is more in rural areas, there are various stakeholders to increase the awareness. Radical changes in the familial mindsets, especially amongst the parents is much needed.”

Sex education plays an important role in the healthy growth of reproductive health knowledge as a whole. Speaking about the inclusion of Sex education in schools, Meher mentions, “Sex education is lacking, I hope that National Education policy 2020 must address to it. School needs to provide and share scientific data and information to the children. Further, India is a diversified country culturally, so families need to educate their adolescent children about this.

Speaking to The Optimist News about the teenage parental health, Sanjana adds, “I have seen that significant percentage of girl under 18 embracing motherhood often suffers from malnutrition.” “However, for a greater impact more trained and qualified psychologists at schools – is the need of the hour. They can give the desired counselling session to the school children.” advocates Dr. Meher. For further queries she can be reached at www.sanjanameher.

Dr. Sukanya Ghosh, Consultant Psychologist at Mindfully Yours suggests about the various socio-economic causes as the root cause of these issues, “I think, unstable income and livelihood along with child abuse are the socio-economic causes of teenage pregnancy. I believe that teen pregnancy is becoming common these days due to the misunderstanding of the importance of consent and early marriages. Also, these issues are not practically addressed in an open forum, hence it remains unnoticed.”

Mentioning about the importance of Sex Education, Ghosh adds, “We can increase awareness through a good sex education. Open talks on reproductive health by both school and familial side. Communication from the parents on sexuality should be flexible. Instead of restricted parenting, a good parenting is needed.” Adding to this, she further comments, “Parents should share a good bond with their children, they should address them the whole intercourse process. Not only girls,but boys should be made well aware of the reproduction health and process.”

Speaking on a whole about the effect of the teenage pregnancy on individuals, Dr. Samadrita mentions, “The effect on the teenage parent is that, its a vicious cycle, because at teenage an abortion leads to a lot of health hazard, they become prone to miscarriages. Also, with unprotected sex, there are increased chances of acquiring sexually transmitted diseases. At teenage parenthood, parenting is extremely poor as mental health of the teenage parents are not properly developed.” “Teenage pregnancy creates a huge physical and psychological effect, which often leads to depression and they often cause harm to their babies.” adds Dr. Sukanya Ghosh.

With a chain of factors leading to the undesired teenage pregnancy, has been a matter of grave concern for psychologists, gynecologists and educationists across the Nation. Proper Sex Education from the correct source with cross-checked data and information should be made available that shall help in the process of non-stigmatization of sex in our culture as a whole.