More
More
HomeUncategorizedStepping up against fraud

Stepping up against fraud 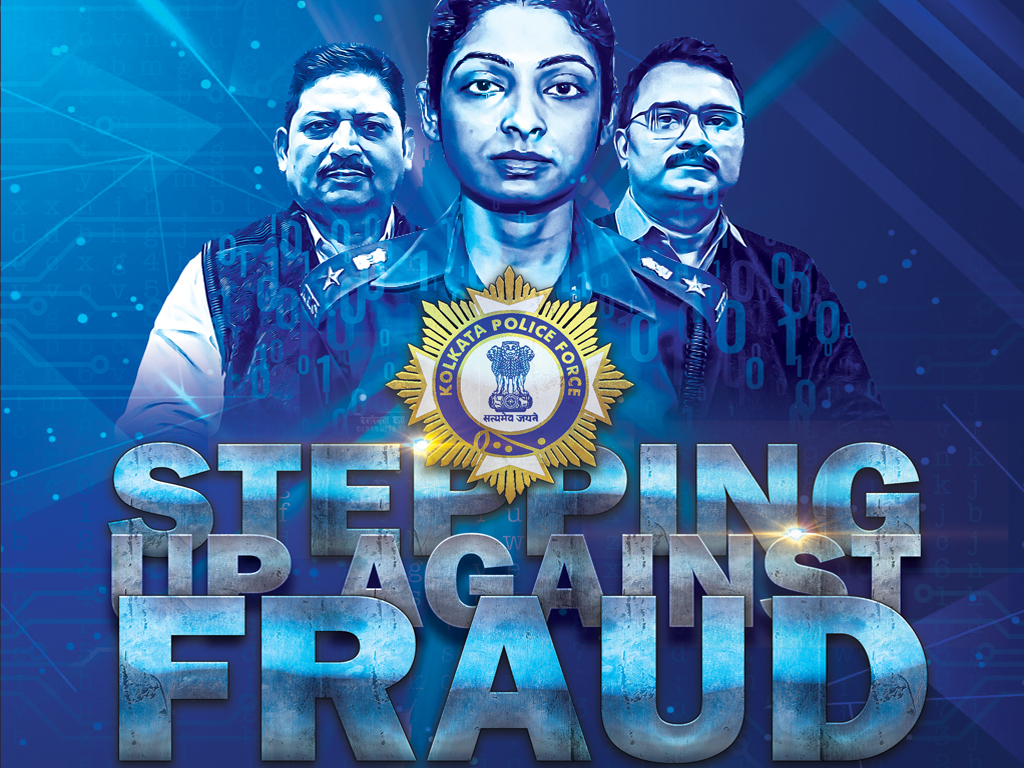 Three initiatives of the Kolkata Police prove to be pivotal and integral in the agency’s battle against cybercrime and other related incidents of swindling. Measures have also been initiated to take awareness programmes to the next level.

Without a shadow of doubt, the wave of digitisation has changed the environment and things around related platforms have evolved to a great extent. The terms cybercrime and cyber fraud are not very old but these two areas are now posing huge threats in front of people and organisations. Following the period of lockdown in the country due to Covid and even post Unlock phase, there has been a tremendous spike in cybercrime cases. With most services now going online and an increase in the use of monetary wallets such as Google Pay, Paytm and other such online provisions, scams have become more commonplace. Fraudsters find it very easy to access data through various activities such as vishing, phishing and spoofing which involves criminals posing as different identities such as bank officials, company members and other such identities which are used to target and trap innocent people. This is why bank officials and other relevant organisations are requesting people, especially vulnerable groups such as the elderly and senior citizens, not to trust and entertain unknown sources and messages on phones. If we look at the crime record data of West Bengal, it has taken some stern steps to curb the spread of cybercrime in the city and has launched three unique initiatives: Sandhan or known as the missing diary section, the cyber lab and RakshaKabaj or the bank fraud.

Kolkata Police teams, especially the cybercrime cell and the bank fraud departments, have come together to combat crimes in every way possible. OC Cyber DD Nurul Abshar has been an investigative officer with different police stations and has worked in various police stations as Officer-in-Charge in the investigative cadre and solved various white-collar crimes for 32 years of his life. He says he has seen cybercrimes growing like never before. In his opinion, conventional crimes such as theft, dacoity take place rarely because everything is happening digitally. People use GPay and other online wallets which have made it easier for criminals to track information digitally. Firstly, fraudsters may act as trusted sources and ask people for personal information such as bank details and OTP. Even bank officials have become alert and are trying their best to increase awareness amongst people. Secondly, some of these fraudsters have their tents in faraway places like Russia, Nigeria and are making VoIP calls. Often VoIP callers are difficult to trace but Kolkata Police Cyber Crime Cell has been working towards it and have arrested few people from that section. Thirdly, OLX platform is used by fraudsters to claim money through unauthorised sources and most of the people doing these fraud activities are located in and around Bharatpur, Rajasthan and Jamtara.

This is one such area that has become increasingly alarming because of the fact that girls are willingly sending personal and private pictures to their loved ones which later acts as a boomerang. Many women come to the Cyber Cell regularly to report numerous such incidents where their private photographs are often circulated to other people without their knowledge by their boyfriends or close associates. This is disturbing because many girls prefer to voluntarily send across their images to boys and the latter, in turn, use these pictures to blackmail them for various reasons. There are also instances where boys superimpose faces of girls on other females’ bodies and circulate them. Ninety-nine per cent cases arise from women who send pictures voluntarily and hence land up in a trap. The Cyber Cell has sent awareness messages to all women and young girls stressing the issue of photographs advising everyone not to send private photographs to anyone. At times, this hampers social dignity and creates a stigma for them, resulting in depression and cases of suicides.

The journey in tackling cybercrime has always been a tedious one. There may have been a shutdown of several activities since the pandemic struck but the Cyber Crime department has worked day and night. People from Nigeria, Delhi and other areas have been arrested and their conviction has been done on time even during the months of lockdown. “Our teams were mentally prepared for an unprecedented situation and this was the most remarkable thing about the cybercrime personnel. Side-by-side we use high-technology tools and tactics to combat cybercrimes detection. We are constantly working on improving our cybercrime infrastructure. Various updated tools are used by cyber forensic teams and cybercrime teams. Kolkata Police have set up nine cyber cells and have also arranged for tools worth more than Rs 7 crore. These nine cyber cells were inaugurated by our Commissioner of Police recently. All these cyber cells work actively together to combat cybercrime.”

Police are known to be the first responders to any situation and the major part of any implementing agency. In order to be a catalyst of change for society, policing needs to be up-to-date with the recent trends and create awareness among cops in different police stations regarding how to tackle cyber criminals and combat cybercrimes in the most effective manner. This is because these days cybercriminals will always be one step ahead of people and it is important to work and plan accordingly. Also, based on the nature of crimes, specific cyber tools should be used and an awareness pattern has to be designed so that messages reach the targeted people. For this, various mediums such as newspapers, radio, television and social media have to work in accordance with each other to ensure maximum awareness of the masses.

Gone are the days when men and women would work separately and contribute individually. “There is no divide and rule policy. We rather work collectively to generate the best results. A lot of women cyber experts are present in the teams that make work easier.”

Another initiative started by the Kolkata Police teams revolves around finding missing people under their brand new initiative “Sandhan” or the missing diary. It’s a mission mode project to find missing persons of the Kolkata jurisdiction.

Debasmita Das, DC DD Special, mentioned that the team will be associated with a network of NGOs to more intensively search for missing persons. Many people who go missing in Kolkata remain untraced for a considerable period of time. ‘Sandhan’, as an endeavour, will collaborate with the network of NGOs and try to trace each of those missing persons by contacting different authorities, hospitals, morgues and families. After it was launched, almost 500 persons have been traced in a short span of a fortnight under this project. This is one area that has been tapped well by the Kolkata Police and efforts have been taken to trace those missing in the city.

Speaking on the issue of bank frauds, O-C Anti-Bank Fraud, Nilkantha Roy says the ‘RakshaKabaj’ initiative refers to the fact that the OTP will act as the ‘RakshaKabaj’ (defence mechanism). Therefore, it should be well-protected and secured always. Fraudsters in the guise of bank officials are creating vicious traps for people where they are successful in hunting down the private information of users through digital platforms. The bank fraud department, on behalf of the Kolkata Police, is working day and night to make people aware and update them on various facets of the banking system. Customers are being asked to keep their accounts safe and adequate steps are being taken to reach out to a maximum number of people. The ‘RakshaKabaj’ initiative was inaugurated by the Commissioner of Police, Kolkata so that our awareness messages reach everyone and different household societies as well. Also, various police stations are working towards taking a holistic approach to curbing cybercrimes.

The percentage of fraud in context to a digital platform is quite alarming and no technological back-up seems to be enough to combat it. There is a constant need to borrow or hire technological assistance from outside. “In spite of the continuous upgradation in the in-house technological back-up, along with very helpful apps and softwares to harbour the increasing surge, we still need help from outside, as far as technological backup is concerned. People need to be more careful when it comes to safeguarding their bank accounts and their personal security information. OTP, CVV are sensitive details and fraudsters will try to aim at these in the first place. This is why the bank fraud department sends out regular awareness messages to all reminding them about what precautions people need to take to remain safe.”