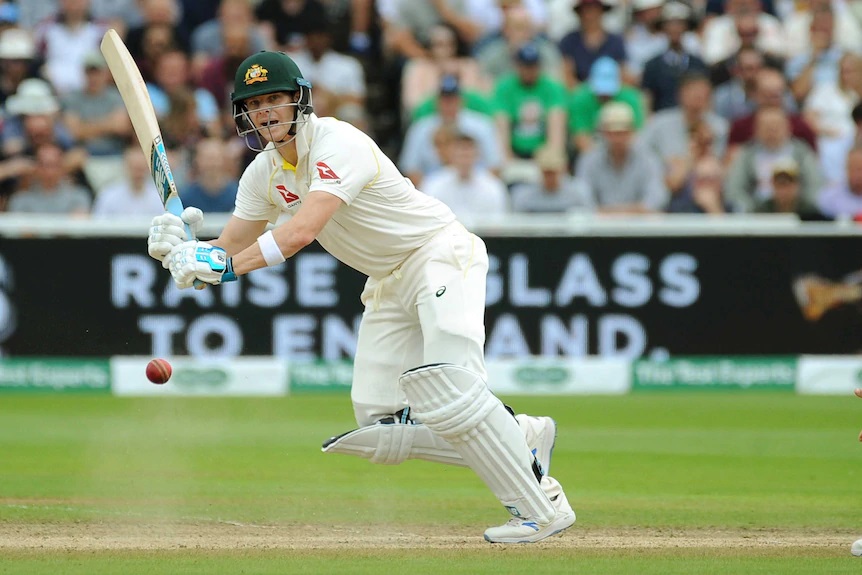 With yet another half century in the ongoing Test series against Pakistan, Smith’s runs in the longest format of the sport surged to 7,993, overtaking former Sri Lanka captain Kumar Sangakkara who had 7,913 runs under his belt at this stage.

Former Indian captain Sachin Tendulkar is now placed at the third spot behind Sangakkara with 7,869 runs. Tendulkar is followed by Virender Sehwag (7,694) and Rahul Dravid (7,680).

The former Australia captain has scored three half-centuries in the three Tests against Pakistan but a century still eludes him.

Smith, who slammed 78 and 72 in the first and second Tests, scored 59 on Wednesday in the third Test being played at the Gaddafi Stadium in Lahore.

After Australia were reduced to 17 for two in the first innings of the final Test, Smith partnered Usman Khawaja to steady the innings stitching a 138-run partnership for the third wicket. Smith and Khawaja missed out on centuries after being dismissed on 59 and 91, respectively.

“I thought he batted really well today. He was stiff. His bat got stuck in his pad. You bowl that ball against Steve Smith; he’s hitting it 99 out of 100 times. I’m sure it’s frustrating in some respects. He is in my opinion the greatest batter I’ve seen in my era, averaging 60 throughout pretty much his whole Test career,” teammate Usman Khawaja had said at the end of Day 1.

After their dismissals, Pakistan seemed to have have taken control of the match but Alex Carey and Cameron Green added another 135 to take Australia past the 300-run mark. Green scored a 79 while Carey hit a brilliant 69. Australia were bowled out for 391.