Bangladesh government turns a messiah for a stranded family from Tripura 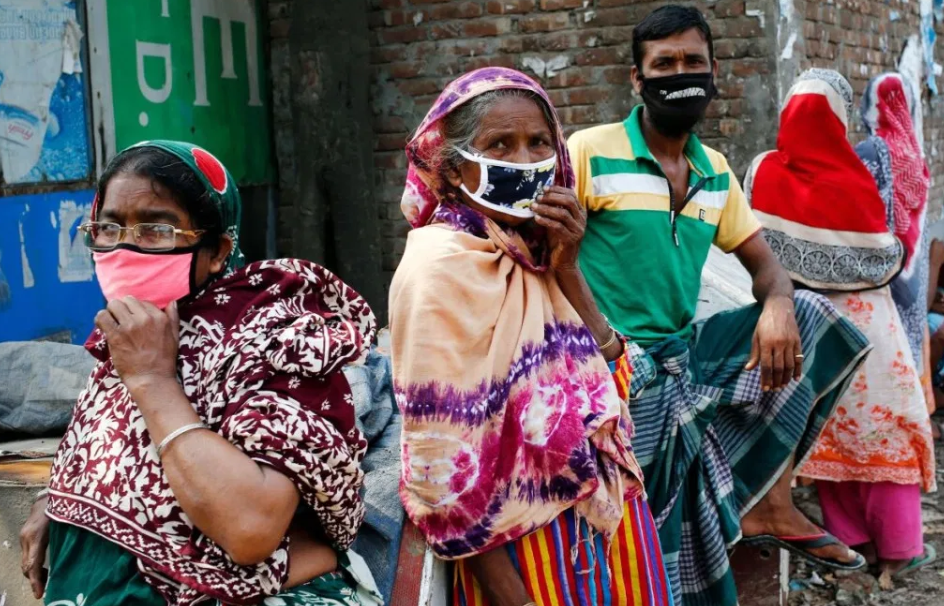 The COVID-19 pandemic has taken a lot from people, with the lockdown and people losing their loved ones and even their jobs and businesses. However while being a wake-up call, in some cases it has also taught people a lot. It has taught people to reach out to one another irrespective of cast, colour and creed. 44 year old Ripa Barman Das from the North Eastern state of Tripura is one such person who is going through such experience right now.
Ripa visited to Bangladesh with her son and daughter on March 9th to see religious places, but got stuck there due to lockdown enforced in Bangladesh too in wake of the coronavirus pandemic. They went to Chittagong from Akhaura, from there to see Cox’s Bazar and later arrived at Loknath Ashram, Baradi, Narayanganj on 23 March.
For a family from Tripura trapped in that country, they had faced many problems and finally found shelter in an Ashram at the Loknath Ashram of Shantiban ‘Mahashmashan’ in Akhaura.
The sadhu of the ashram said that they have taken responsibility to support the family since May 15th and make them as comfortable as possible during the lockdown, with monetary constraints also being a concern for the family. They have been given shelter there at the request of the Akhaura Upazila Nirbahi Officer.

No Way To Return

A day after they arrived, they came to know it will not be possible to return to India immediately as per their schedule, since the lockdown has been declared to stop the epidemic. The lockdown was also implemented in Bangladesh from March 26.
Ripa found herself stranded in Baradi with her two children, with little money which was spent on food. Ripa sold her gold chain for food to carry her family through for a few more days. When the money ran out, she sold the silver anklets on her daughter’s feet and came to the Akhaura check post.
Ripa said that she was informed by the immigration officer at the Akhaura check post that there was no problem for Bangladesh. However, the Agartala Immigration will not accept them.
The helpless family was crying to go back home but there was no scope. They were advised to come to the Akhaura Upazila Parishad and talk to the administration. The Akhaura Upazila Nirbahi Officer Tahmina Akhter Raina listened to them and at his request, a place was set up at Loknath Sebashram Shantiban Mahasmashan in Akhaura, for their staying. Now the family is staying there.

Show Of Brotherhood By People Of Bangladesh

The ashram authorities are entertaining the family as much as possible keeping in mind the Bangladesh-India brotherhood. The locals also stood by the family. There is no settlement of Hindu families around the ashram, but the Muslim community from the ashram area are coming to look for them every day. Some are giving them money, some are giving them fruits and this generosity shown has reassured the family much more.
Juniat Alam Jinar a local youth said that the family is mentally depressed as they are not getting the chance to return their home. However, they are trying to help them in every respect. Jinar also appealed to the Indian government to help the family immediately.
The local journalistic community took a great initiative to help the family by posting on social media sites to help the family. Some such journalists are Biswajit Paul Babu, Nurannabi Bhuyia and Dulal Ghosh who are continuously posting on Facebook about the family.
Biswajit Paul Babu said that local people are collecting money to buy back the gold chain and the silver anklets which Ripa had sold for food.

An Overwhelmed Ripa
Ripa is overwhelmed with the love and affection which she is getting from the people of Bangladesh. The mother of two hopes to return to India soon as the names of the three family members are already with the Indian High Commission while making an appeal to return to India. The Bangladesh High Commission has a system for people to enrol online, for which local people of Bangladesh are guiding other foreigners stranded in their country like Ripa.
On 28 May some people from Bangladesh returned to India, but Ripa and her children still await their return. All hope is not lost and Ripa knows that one day when she returns back to her home to the Lanka Mura area in Agartala, she will take back with her memories of compassion and brotherhood that the people of Bangladesh have bestowed upon her and her children.