More
More
HomeEntertainmentAll About EntertainmentSunaina in 'Escaype Live' is close to who I am, says Shweta...

Sunaina in ‘Escaype Live’ is close to who I am, says Shweta Tripathi Sharma 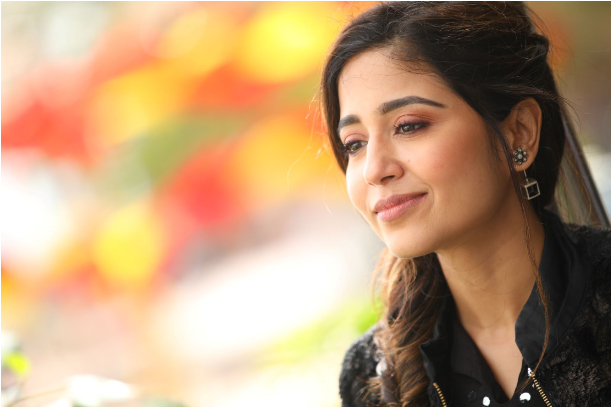 Versatility is the name of the game, as far as actor Shweta Tripathi Sharma is concerned. From her 2015 debut film Masaan opposite Vicky Kaushal, Haraamkhor alongside Nawazuddin Siddiqui, to her sensitive and diverse portrayals on OTT like Mirzapur, The Gone Game, Yeh Kaali Kaali Ankhein and Made in Heaven, Shweta has rocked every genre and character she has ever been a part of right from the get go. She has yet again managed to impress the audience with her performance in her latest show, Siddharth Kumar Tewary’s Escaype Live. In the series, she plays the happy-go-lucky Sunaina.

Talking about her experience of working with the writer-producer-director, Shweta Tripathi Sharma revealed it was “very enriching, fulfilling, and satisfying”. She added, “For me, it’s not only my work that is important but also the kind of people I work with. When you’re rehearsing, practicing or doing workshops, you’re spending around six to 12 hours, or even more with those people, so they have an impact on you. There is a lot that I’ve learned while shooting for this series.”

Also read: Is SRK’s son Aryan all set to become a script writer?

An easy-going person in real life herself, Sunaina connected with the actress on a personal level. Shweta Tripathi Sharma, who can’t wait to start shooting Mirzapur Season 3 in mid-June, said, “The director also made me play a character who was happy. It was also a big change for me because generally, my characters don’t have a good day in their life. Sunaina is someone who gives unconditional support without an agenda and according to them, it is very close to who I am in real life so that made me very happy.”

Escaype Live, currently streaming on Disney+ Hotstar, focuses on social media madness and the actress revealed she did not think twice before agreeing to do it. The series stars actors Siddharth, Jaaved Jaaferi, Swastika Mukherjee and Plabita Borthakur.

“When Escaype Live came to me, I felt it was one of the best scripts I have read to date in terms of concept, storytelling and character graphs. It’s a full package, especially given how Siddharth has shot it. There is every emotion in this series – loss, anger, pain, hope, happy dances and there is also lovely music,” she said.

A self-confessed fan of thrillers, Shweta Tripathi Sharma said shooting for the series was incredible as it got her in touch with who she is as a person and as an actor. “When you’re playing so many characters it can get confusing. Mentally and psychologically speaking, it is very exhausting. So, it’s very important to remember who you are because I should not lose touch with who Shweta is. Sunaina in Escaype Live is very close to who I am and who I would like to be. I have a playlist for all my characters as it takes me to their world and I have realized that whenever I put on Sunaina’s playlist it always puts me in a great mood. I feel I have Escaype Live to thank for a lot of things in my life,” Shweta said.

Meanwhile, Shweta has her plate full. Of course, we are excited as she returns as the feisty Golu in Mirzapur Season 3 and then, there’s Yeh Kaali Kaali Aankhein Season 2.

Shweta will also be seen in the second season of The Gone Game. There’s also a comedy film, Kanjoos Makkhichoos, opposite Kunal Kemmu.