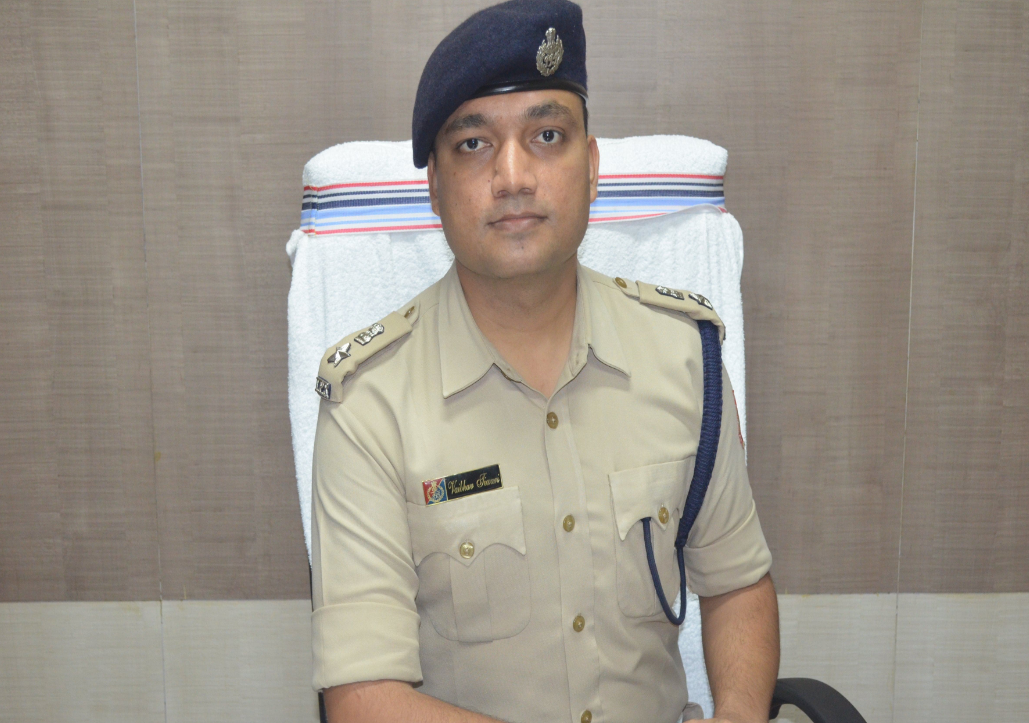 The Sunderbans, one of the largest such forests in the world, has always been a top tourist hotspot because of the huge variety of flora and fauna it nurtures. Vaibhav Tiwari, IPS, from Madhya Pradesh and currently the Superintendent of Police of the district, opens up about how this small area has a rich culture and diversity, and how the police force manages the region with support and cooperation from the locals.

Being in a prime position of responsibility has never been easy but my past experiences have been extremely enriching. I served as the DCP HQ in districts like Chandannagar, have worked in Uttar Dinajpur and remained a part of the Siliguri IR Battalion before joining the position of Police Superintendent of the Sunderbans. The journey began in 2012 when my posting happened here since the cadre allotment was done in West Bengal. It was a new place for me but as I began my work here, I got to learn a lot about this place.

The Sunderbans has a vast forest area and is a part of the South 24-Parganas. The Sunderbans Police district is the remotest one and we, as a team, try to strictly monitor the coastal areas, since they are predominant in these areas. Currently, there are fully functioning 13 police stations out of which nine are totally devoted towards overseeing the coastal islands and enhancing communication with the communities there. Most of them are very warm and it is easy to establish a good connection with them.

Unlike urban areas, the people here in the Sunderbans are extremely friendly and cooperative with the police which is a big thing for us. The police in every city and area are deployed to ensure law and order and maintain peace. But sometimes, things might go out of hand, expectations soar and the policemen find themselves in the middle of a storm. We are lucky that we are in such an area where the people are very down-to-earth and grounded. They understand that there are problems but they also know that we give our best to resolve them. Therefore, at the end of the day, it is easy for us to implement policies and there is smooth coordination between the police and public which is very fruitful. Also, with a population of 35 lakh, it is easy to operate as mostly, people cooperate. Though there is a lack of education and digital technology for which people here lag, they are way ahead in terms of compassion and hospitality.

The Sunderbans is located amidst a number of rivers including Malta, Bidyadhari, Raimangal with a huge number of coastal areas. A lot of development has taken place over the last couple of years and our untiring efforts have helped people come closer to each other. We host festivals and community activities for them in different areas. We have good schools and colleges where every year students get enrolled. Over the past few years, there have been increasing cases of women and child trafficking and to put an end to this, we have started awareness camps to make girls learn how to keep themselves safe. We have regular blood donation camps where donors, including members of our team, donate to help people during emergencies, especially critical thalassemia patients who require urgent blood transfusions. During and post-Amphan, we made a lot of public announcements to help people evacuate the coastal areas. The preventive measures are always taken but success depends on cooperation and mutual interaction between the locals and police.

If we talk of the pandemic, we can say that we have been able to monitor the entire situation very well with ample support from the locals. There were around 20 active cases and 13 of them have been discharged with zero loss of life, unlike the metropolitan cities. After Super Cyclone Amphan, the entire area has been devastated. But pre-Amphan, we started giving important notices to everyone to spread awareness. People in mud houses and coastal areas were evacuated, relief materials distributed. With several NGOs coming forward and the state government, a lot of help was provided. Chief Minister Mamata Banerjee had asked us to stock up materials in our cars and to individually distribute them to the helpless. This was done to supply relief materials to each and everyone in a hassle-free manner. A number of islands such as Kakdwip, Namkhana, Sagar Islands etc witnessed unprecedented destruction. We kept on doing our bit and with time, we have been successful in providing support to the needy villagers.

People in the Sunderbans protect the mangroves like any other trees. Although police teams under the Wildlife Protection Act and Environment Protection Act maintain a strict vigilance to ensure that no harm is done to them, the Sunderban Unnayan Department and the Forest Department looks after the mangrove trees along with the ever-vigilant locals. It is known to everybody that the mangroves provide strength to the ground and extra support during severe storms. So, people also act responsibly when it comes to protecting them.

We are extremely strict and take strong measures when it comes to protecting the wildlife of this region. Just like the mangroves, which consist a major part of the Sunderbans, so does the wildlife. Starting from Royal Bengal tigers to deer, a lot of wild animals reside in these forests. But we are aware of the human–nature balance, so we keep strict vigil to check illegal hunting of animals or smuggling of their body parts. The punishment for such crimes can be very harsh and are often non-bailable. We arrested three persons from Mandirbazaar and Kulpi area for selling illegal deer parts and immediately put them behind bars. They haven’t received bail for the past six months. Under the guidelines of the Wildlife Protection Act, we ensure the safety of the wildlife as much as the protection of the forests in a stringent manner.

Challenges and limitations while implementing policies:

Every success story comes with its own set of challenges and limitations. A lot of areas in and around the Sunderbans are easily accessible but some are not. There are many islands where it is difficult to take boats and go, and some are totally inaccessible. For instance, it is difficult to access the Sagar Islands during high tide. At these junctures, it becomes difficult to send food to the people living there along with other basic materials. Nevertheless, we have installed basic facilities in those remote islands so that their needs are met.

The Sunderbans is a peaceful place but the border areas are extremely critical. We try to scrutinise all illegal and unauthorised movement of people coming through the sea since most of the ships come from Bangladesh through Haldia and enter India. We have deployed police and special forces personnel to keep a check. When the migrant workers came in after the lockdown was announced, we ensured that no one crossed the check-post without thorough scrutiny. On that basis, they were suggested home or institutional quarantine. We have specifically done this because a lot of people have entered into our areas without proper protocol which has taken our Corona cases up to 13 of which 12 were migrant labourers. Hence, we are very particular with proper checking and quarantine methods. Also, we have deployed special coast guards, mechanised boats, special launches along with teams in different remote islands with whom we regularly communicate who notify us of suspicious or unauthorised movements.

The police here are ready to give shelter to foreigners or those who do not belong here but we do not tolerate any unauthorised behaviour. We do everything to protect our people and our districts and we have been doing it with a lot of warmth and support from everyone.