More
More
HomeUncategorizedAmphan fury: Bengal, Odisha gear up to deal with the aftermath of...

Amphan fury: Bengal, Odisha gear up to deal with the aftermath of the super cyclone 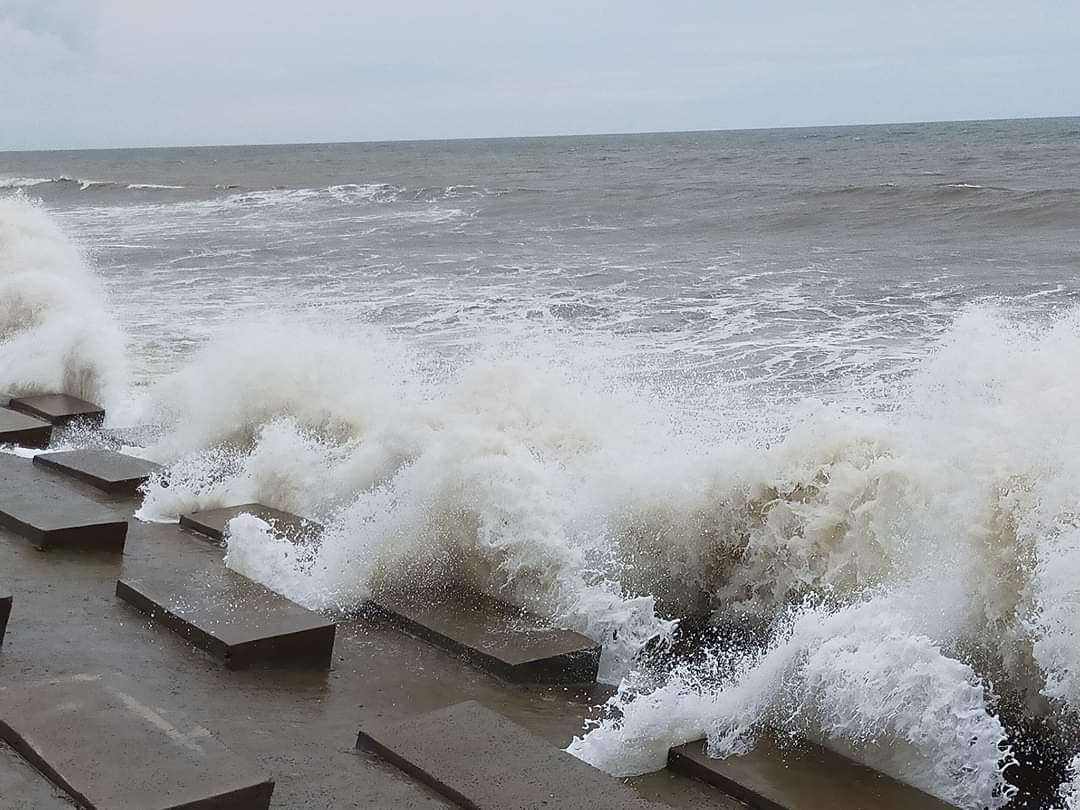 Different districts around Kolkata have already swung into action to combat the super cyclonic storm ‘Amphan’ which is fast approaching the coastal areas and is expected to cause massive damage to coastal areas near Kakdwip and Sagar inslands in the Sunderbans and in Kolkata and surrounding districts. Super cyclone Amphan is expected to make landfall south east of Kolkata near Sunderbans. The exact location is slated to be between Digha in West Bengal and Haitya islands in Bangladesh.

“Maximum damage will be witnessed in East Midnapore district, followed by South 24 Paragnas and then Kolkata. The super cyclone will then travel to North 24 Paragans, Hoogly and West Midnapore districts which will also be impacted.” Said Deputy Director General, Sanjeev Bandhopadhyay, MET, Alipore. (Source : www.freepressjournal.in) The MET department is conducting an hourly observation by gathering data from coastal observatories.

According to the Indian Meteorological Department (IMT), the super cyclone is likely to cross West Bengal-Bangladesh coast on the 20th of May, causing heavy to very heavy rainfall with squally winds in the afternoon and evening, with a wind speed of 155-165 km/hr which may go up to 185 km/hr.

IMD Director General Mrutyunjay Mohapatra said “This is the most intense cyclone—which has been formed in the Bay of Bengal after 1999. It’s wind speed in the sea right now is 200-240 kmph. It is moving towards northwestward direction”. ( Source: www.hindustantimes.com)

On Tuesday evening, many areas near Kolkata and Bangladesh has already witnessed light to moderate rainfall, an indication of the super cyclonic storm approaching. Places such as Odisha which has already faced the consequences of the cyclone Fani are now on high alert all necessary steps have been taken to evacuate people to safer areas. Special Relief Commissioner Pradeep Kumar Jena has mentioned that the evacuation process has already begun, and it should be done by Tuesday night. (Source : www.businessinsider.in)

Emergency teams have already been deployed in different areas, which have been warning people in areas which are at a greater risk and damage of property is expected. People have been evacuated from coastal areas which pose a danger while fishermen were asked to come back to the shore by the 18th of May and are advised not to venture out into the sea till the 21st of May.

In addition to this, farmers were advised to harvest their crops to prevent damage to crops due to high wind speeds and the probability of objects flying due to high wind speeds. Markets too will remain shut as a result of this. Cyclone shelters have been constructed to safeguard people in coastal areas including fishermen. All vessel movements have been restricted including ferry services.

Governor of West Bengal Jagdeep Dhankhar has tweeted about the preparedness of various state agencies to undertake the disaster management task. “After interacting with IMD Sanjib Bandoupadhyay, Coast Guard IG A K Harbola, BSF adg Pankaj Kumar I am assured that all these agencies are in high alert and fully prepared. Eastern Command Army Commander has indicated preparedness to undertake relief work”. Read the tweet.

West Bengal Chief Minister Mamata Banerjee too spoke about the state’s preparedness regarding the cyclonic storm. Mamata said that around 3 lakh people have been evacuated and housed in relief camps till late afternoon on Tuesday. In the wake of the storm, the Chief Minister has also asked the Indian Railway authorities to stop the movement of trains carrying migrant workers coming back to the state. ( Source : The Wire)

DM South 24 Parganas P Ulaganathan stated that the condition is being monitored strictly. “We have already evacuated more than 2.3 lakhs of people and the process is still going on. We have asked more than 2000 boats to come back to the shore and the fishermen have asked to stay back and not venture out. All the small and medium sized islands have been taken care of. There are few kaccha houses and mud houses which have been evacuated and emergency teams have been appointed in several places. Apart from this, 750 shelter homes have been created to provide shelter to all. Relief materials and emergency supplies are being given out. Engineering, electrical teams are working constantly to ensure maximum protection”.

On the other hand areas near Sunderbans are at high risk. Superintendent of Police, Sunderban , Shri Vaibhav Tiwari, IPS recently spoke about all the possible steps and precautions during and after the storm, as planned “As of now the evacuation process has been going well and as per our plan. Till now more than 2.5 to 3 lakhs of people have been evacuated and we are evacuating more. Coastal areas, low lying areas and mud houses are on high alert and processes have begun for proper evacuation. We have also set up around 550 shelters. Emergency teams have been deployed district wise and zone wise. We have also prepared ourselves for the aftermath of the storm. After the storm is over we will scrutinize the condition and take steps accordingly to ensure that people are in safe conditions”

Kolkata Police have also taken necessary steps to combat the onslaught of the cyclonic storm. Commissioner of Police, Kolkata, Anuj Sharma recently tweeted “Avoid coming out from your homes during the cyclone period. Take all the precautions”#Amphan #StayHomeStaySafe #WeCareWeDare.”

The state administration have also formalized a special control room for the cyclone, which will start operating from 8am in the morning and people can contact them in case of any emergency.

Through their Whatsapp number 9432624365 they have decided to reach out to all the people in distress. All the steps have been taken to ensure safety and protection to the people all across the state.
Previously the Eastern states have witnessed super cyclonic storms like Bulbul and Fani in 2019, which had caused massive damage near Digha in East Midnapore district and Puri in Odisha.