More
More
HomeEntertainmentAll About EntertainmentSwastika Mukherjee is back as ‘Shrimati’; to hit theatres on July 8

Swastika Mukherjee is back as ‘Shrimati’; to hit theatres on July 8 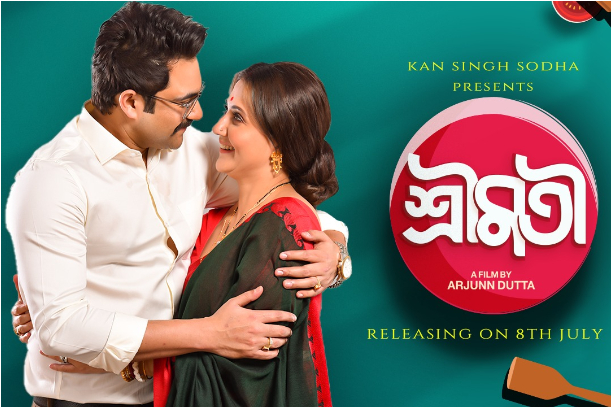 The last time Swastika Mukherjee appeared on the big screen, she was Dolly Bagri, an elderly saleswoman who could instantly bond with her customers. That was in Arjun Dutta’s second Bengali film, Guldasta, which was released during Durga Puja in 2020. Since then, Swastika has been ruling the OTT with Paatal Lok, Black Widows, Mohomaya and now Escaype Live. Come July 8 and Swastika will be seen in Shrimati, another Dutta film.

She had shot the film long back. Had the Covid-19 pandemic not happened, Shrimati would have been released on time. Finally, the makers have announced the release of the slice-of-life drama on July 8.

Interestingly, this is for the first time, Swastika, who plays a simple housewife, pairs up with Soham Chakraborty. The teaser of the film reveals Soham aka Anindya in the film is younger than Swastika’s Shrimati. Both fell in love and tied the knot. A fun-loving but a bit disorganized housewife, Shrimati, however, gets trapped in society’s glitz and glamour and in the bargain loses her own identity.

Also read: Sunaina in ‘Escaype Live’ is close to who I am, says Shweta Tripathi Sharma

“Shrimati will fall victim to the clichéd problem of overall personality and outward appearance that irks all the minds – from teenagers to adults and beyond. She becomes obsessed and in the process almost loses her mind and identity till realization dawns upon her,” said Dutta, who finds inspiration in real women. In fact, his previous two films — Abyakto and Guldasta — had glimpses of real life.

Swastika took to Twitter to announce the release date of the film. She also thanked cinematographer Supratim Bhol for “making the film look so delicious.” Bhol had shot the brilliant Aparajito starring Jeetu Kamal.