More
More
HomeUncategorizedTale of a lady army officer who refuses to bring gender in... 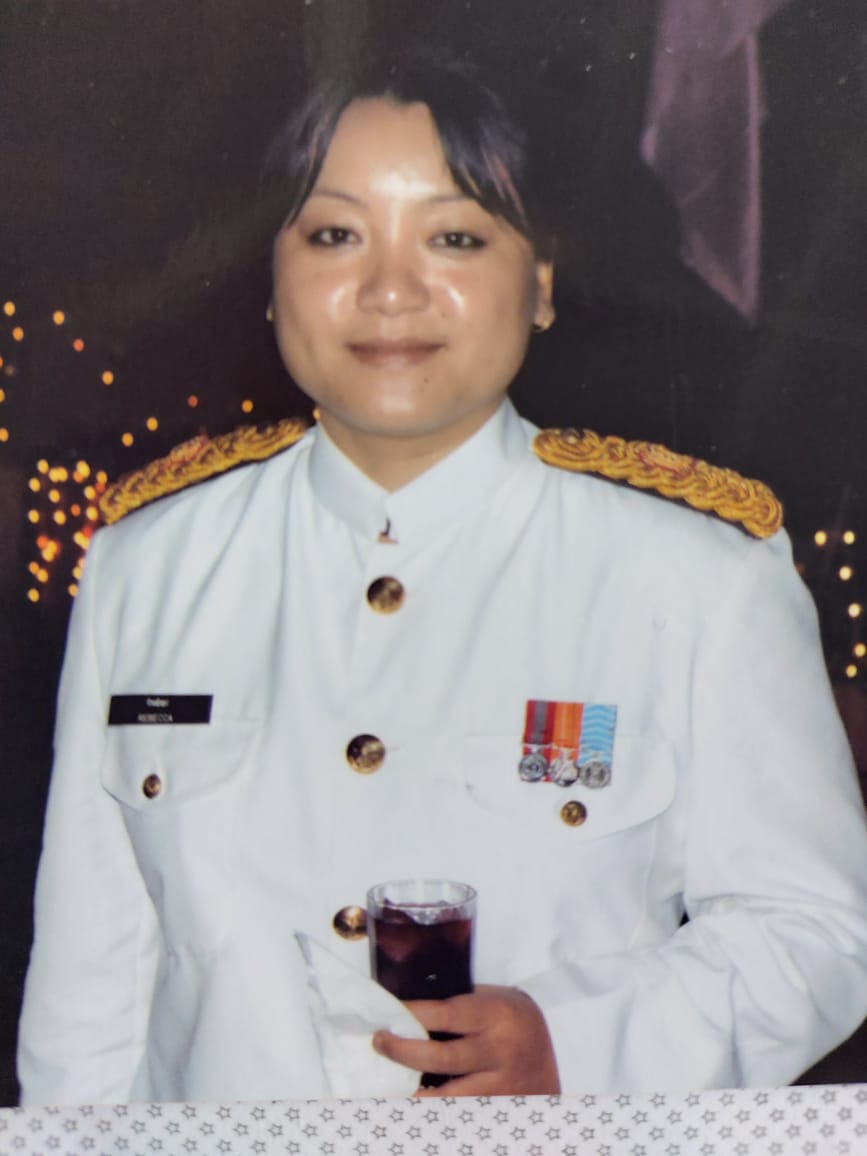 Living in times when fear grips our mind and nationwide lockdown impedes our movement, positive and inspiring stories are what we need to keep our sanity intact. Today let’s read a delightful story of indomitable courage and fortitude.

Meet Major Rebecca Chhakchhuak, daughter of Hualziki and Laltlani, and the first Mizo lady to join the Indian Army as a Commissioned Officer.

Rebecca’s father was also in the Indian Army, which made her family travel in various parts of the country while growing up. It was only after her father’s retirement, that they settled in Shillong where she graduated from St. Mary’s College and did her MA in Geography from NEHU.

As Rebecca was looking for a proper career after her post graduation, a poster of a lady officer caught her attention one day and the decision to join the army was instantly made. She got selected at her first attempt and started training at Officers Training Academy, in 2002. On March 8, 2003 she was commissioned as an army officer.

In an interview with Optimist News Major Rebecca Chhakchhuak shares her journey as a lady army officer in detail.

Scroll down for a select excerpt of the interview –

Q. What challenges do you face as a lady officer in the armed forces?

Women entry in the army started in 1992 only. Initially it was confusing for the male counterparts to work with us because it was unprecedented. But with time things fell in place.

For me challenges were many but the epic one was – ‘am I as good as the male officers, will I meet the expectations?’ It was a tough road to travel but I did make my mark, and now it’s a smooth ride. In the end it all depends on how you represent yourself and on your attitude towards work. Also as I faced challenges, they became a learning experience which in turn helped me not only in my work, but personal life too.

Other than the gender bias, working in the army involves a lot of other challenges as well. Here one cannot afford to make mistakes, no second chances are given, and that’s why one has to be always alert, sharp and on the feet. We need to be constantly physically and mentally strong. That’s a challenge in itself.

Q.  Do you face discrimination as a lady officer? If yes how do you deal with it?

Ans: Discrimination or biases are not in the profession but in the society, deeply rooted in every culture, and this is one thing that is uniform or common across the world.

With our rank, we are generally respected by all, but the real respect is earned and the only way to earn that is to have credibility. With commitment and hard work comes productivity, which naturally commands respect.  I have tried my level best to do my duty and never used my gender to my advantage. It’s best not to let your gender come in your work, but that does not mean compromising your dignity as a woman. One needs to know where to draw a line.

For instance, when I was in Gorkha Training Centre, an infantry of Gorkha men who have not seen or worked with women officers, it was natural for them to be skeptical about me. For three months it was hard to become a part of the team as they considered me an absolute trouble and were hardly ready to trust me with anything, let alone allow me to enter the gang. But eventually the tables turned. Once they saw my work, my attitude and sense of duty, they started accepting me and trusting me as a fellow officer. Thereafter my ideas, initiatives and suggestions took cognizance.

Again, in Kargil, a hard field area, I was the first lady officer to be posted there. As a woman amongst the other officers and soldiers who were all men, I was little apprehensive in the beginning. But I soon found that I was just an officer there and was treated likewise – i.e. like one of them. It was extremely heartening.