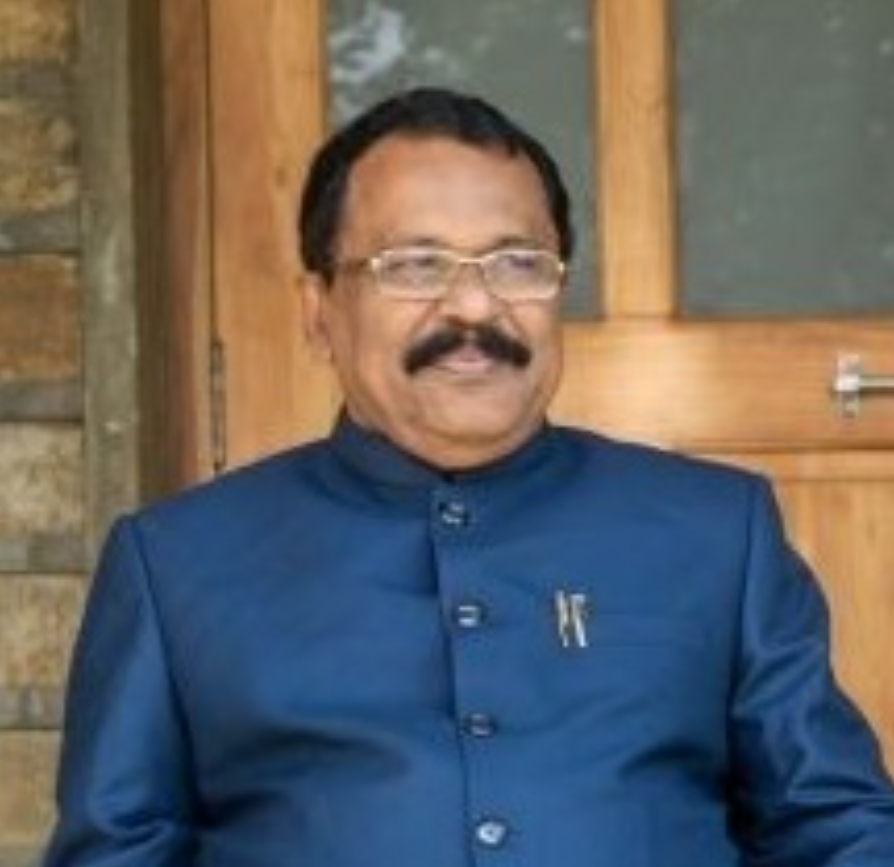 With over 40 years of career in politics and law, Governor of Mizoram P S Sreedharan Pillai talks about governance and how politicians must educate the masses.

He also touches upon how the Autonomous District Councils of Mizoram viz. Lai, Mara and Chakma can progress along with the state and shares his views on how the youth of the state and those of other North-Eastern states need to change their mindset to catch up with the developmental pace of their counterparts in the rest of the country.

Pillai recently released 14 books, including poems about Mizoram. He has completed writing 125 books in which he shares the experiences he gathered during his school and college days, his tenure as a lawyer in Kerala and his experiences as one of the state’s seasoned BJP politicians. Excerpts:

Q) With 30 years of career in law and 40 years of political experience, how in your view can the pillars of judiciary and politics complement each other for the betterment of the country and governance?

Political leaders of our country were very good readers and writers. Jawaharlal Nehru, Subhas Chandra Bose, M K Gandhi, Sardar Patel have all written books even while they were in jail and educated people through their writings. The basic concept of our political leaders from the last century helped to educate the Indian masses which were mostly illiterate at the time of Independence. Adult Franchise given to them also helped the populace to widen their knowledge of the political system of the country.

Nehru was once asked, ’65 percent of the Indian population are unable to read or write and the fate of the country is going to be decided by these people, how is that possible?’. He replied that the politicians have to educate the masses.

If we now look at the judges of the Supreme Court and various High Courts of the country, they are all normal people who are educated by the politicians of pre and post-Independent India.

The approach of our political leaders during the 1950s and 60s was positive. Be it the Communists, Congressmen or BJP leaders holding public meetings, a person could get information on our economy, foreign policy; thoughts on capitalism and Communism which used to be directly learnt by the Indian masses from them.

I admire the knowledge imparted by our political leaders and from my school and college days, I have always engaged in reading and writing. I have given my time, energy and ability to the three fields of political work, in judiciary and writing.

Q) You have composed several poems. Do you see them as a medium to vent out your stress and get closer to the masses?

My main aim in writing poems is to interact and share with people my thoughts as a politician. My connection with clients also contributes to my poems. Though I am not an intensive writer, I do try my best to reach out to people through my writings. As a lawyer, in-depth research and hard work are a must. While I was in Kerala High Court, I was the main Solicitor General during the Vajpayee government (2001-2003). Both the LDF and UDF governments appointed me as Special Public Prosecutor in many cases while holding the post of a politician with the BJP.

With respect to my books, Kerala Congress Committee officially published my book while I was the president of BJP in Kerala.

Q) From the 125 books you have written, 14 were penned from the time you started your tenure as Governor of Mizoram. What was your inspiration to write 14 books within a span of 10 months?

I was continuously travelling since I started my tenure as a Governor. Within a span of four to five months, I covered eight districts of Mizoram. But since the imposition of the nationwide lockdown from March due to Covid, I am unable to complete my tour of all the 11 districts. So, instead of feeling like a prisoner here in Raj Bhavan, I channelled my energy in service to the masses — through my writings and communication over the telephone. As politicians — be it with the Central government or a Governor of a state, we must always remember that we are the servants of the public. All these inspire me to write and share my experiences with the masses.

Progress for these Autonomous District Councils is the need of the hour. After 70 years of our Independence and with the Mizoram Peace Accord signed in 1986, the development of the state is unsatisfactory and not up to the mark.

Prime Minister Narendra Modi has also advised me to concentrate on the welfare of the people. With a welfare state, we must provide basic amenities like food, water, education, shelter, clean air, communication and health even to the last man standing at the end of the queue.

But it is sad that even after 70 years of Independence, we have not fully reached the situation that defines a welfare state. In a state like Mizoram, travelling and communication are underdeveloped. Travelling from one part of the state to another is not easy, especially within the three Autonomous District Councils.

We must unite towards the development of our state and districts. More developments in medical infrastructure need to be taken up for each district. It is the fundamental right of every citizen to get basic healthcare.

The state is known to be the capital of cancer and HIV/AIDS, and many lives have been lost due to heart-related issues. More emphasis should be given in terms of developing medical infrastructure here, which I plan to discuss with the state government and I would like to convene an experts’ meeting including the concerned Minister. I would also like to look into liaison work with other doctors of other states; particularly in the field of cardiology.

Q) In a state like Mizoram, where strong local bodies/NGOs like the Young Mizo Association (YMA) and the Church play important roles, how can these bodies be strengthened within the law so that policies reach the doorstep of every citizen?

The Church and YMA are giving very good service and reaching out to every nook and corner of the state. Unlike other parts of the country, people of Mizoram are very law-abiding. In the mornings, I have seen women and men sweeping and cleaning public roads near their homes. People do not honk their cars unnecessarily and everyone follows traffic rules. The crime rate is very less as compared to other parts of the country. Citizenship concept is very positive among the people of Mizoram.

But the drawback lies among the youth of this state. They are confined to Mizoram alone in terms of seeking livelihood. If you look at Kerala, my home state, even though the state has failed in the field of agriculture, the youth are hardworking and look out for jobs in every part of the world. They are financially doing well. Kerala is getting equivalent of its budget from people sending money back home from the Gulf and Western countries.

The government of Mizoram, Church and local bodies should find out ways of bringing in money from outside the state so that mental adjustments and preparations can be made accordingly.

Q) What role does your wife and children play in your life? How are they adapting to your role as a Governor of Mizoram?

My wife is here with me in Raj Bhavan, and most of the days she is into her painting which is her favourite hobby. In Calicut, she was always engaged in work, meeting clients but now, she finally has time for herself.

Q) A strategic state like Mizoram could emerge as a major business route to reach Bangladesh and the rest of South-East Asia. What steps, according to you, should the local government and the Centre plan to make this possible?

I have always wanted to visit the Kaladan Multimodal Project but my plan has been postponed due to the pandemic. The completion of Kaladan Project will be a historical development for trade in the North-East. The Indian side of the project is almost complete while work is still going on along the Myanmar side of the trade route, which will be completed within two years.

The NDA government is giving maximum importance to the development of the North-East with a special DoNER Minister to look after its welfare. Talents of the youth need to be used more widely. They should go to other parts of the country as well as abroad to earn their livelihood.

Q) You have recently called a meeting with the education department regarding the National Educational Policy. What is your view on primary and secondary education in Mizoram?

There is some mistaken information with respect to many things in the field of education in India. It is not Gandhiji’s concept of education that he tried to implement through Dr Zakir Hussein.

Primary education, as enshrined in Article 350 (A) of the India Constitution states that education should be imparted in the mother tongue, after which English can be an option. Mizoram is lagging in terms of Central and All India Services. Knowledge of the Hindi language is essential if we want to interact with mainland India.