More
More
HomeUncategorized'Technology important to tackle crime but so is economy’

‘Technology important to tackle crime but so is economy’ 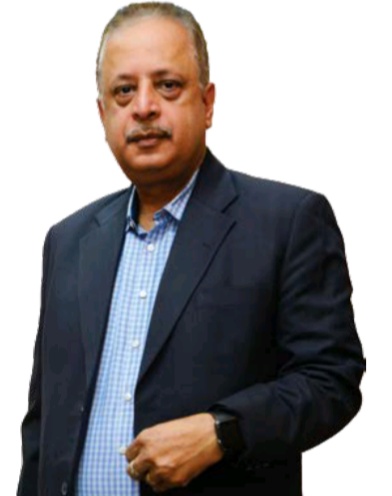 Adhir Sharma, DGP, IGP Railways, West Bengal, discusses the various challenges he faced as the SDO of Mathabhanga and Mekliganj to tackling CAB protests, drug sellers and miscreants who ransacked railway property. He also touches upon measures to tackle crimes on trains, including dacoity and molestation. However, he believes that the economic situation has to improve without which no concrete changes will be visible. Excerpts:

What led you to join the force?

A: It has never been a safe career for me. I joined the Indian Police Service in 1987 and back then there weren’t as many career choices like today. Civil services and IAS exams were in high demand. The main motive to join the force was to be an active part in the governance and to serve the people.

What lessons have you bagged from your first posting as the SDO of Mathabhanga and Mekliganj?

A: At that time, Mathabhanga and Mekligunj had two sub-divisions and there were no SDOs back in 1989 and I was the first one. I worked there for 10-11 months. During my posting, the elections were round the corner. It was a completely new set-up which I had to acquaint myself with. One memory is that of when Rajiv Gandhi contested elections for the Cooch Behar parliamentary constituency and did a lot of travelling. As local police officers, we had to provide security and I was deployed at the polling booths and had 5 police stations and 2 SDO offices under my jurisdiction. Overall, it was a good learning experience.

Another productive stint was when I was posted at Nishiganj where communal fights took place and I was asked to open fire at angry mobs. The mob had gheraoed the police officers and the Inspector General and it became a serious challenge to bring the situation under control.

Another instance was in Cooch Behar where border crimes took place and there weren’t many BSF personnel posted there. As a result, we had to take charge of several things. This was my first independent posting after my training was complete.

How has the face of policing changed with time? What are the boons and banes of modern policing?

A: Policing has changed a lot over the past 32 years. Earlier, we had lesser means of communication as the frequency of trains and railway lines were less in number. The jurisdiction restriction was a major barrier. Bombay, Delhi had better means of transport. Now, railway networks have expanded and telecom, Internet lines have improved.

This has changed the face of moral policing while at the same time, it poses challenges as well. Now, the police have to keep a strict vigil not only over the real world but also over the virtual. A lot of cybercrimes are taking place. Communal problems have also aggravated because of the Internet.

At the same time, the advent of the Internet has helped cops by providing them with various types of the latest technology, which was not available before. It has been easier to intercept phone calls and track miscreants.

Earlier, people had to file a case, lodge a statement and then prove it. But today, everything can be done easily using very developed tools, which was not the case before.

You are presently spearheading the Government Railway Police (GRP) of West Bengal. What are the most critical challenges that your boys face daily?

A: Protection, safety and security of passengers are our utmost priority. We try to escort some trains in very vulnerable regions like Bihar and Jharkhand where mostly thefts and other crimes happen. Also, the Railways Protection Force (RPF) keeps a strict vigilance on criminals who have the propensity to strike. Since 2004, police forces have been deployed in various railway stations where major Express trains such as the Rajdhani and Shatabdi undergo daily inspections.

We also make use of the latest technology to catch criminals who normally try to flee with gold and cash. We have been able to successfully seize and arrest many of them and the number of criminal activities in trains and stations has come down considerably, both in number and intensity.

Indian Railways serve nearly 23 million customers every day. How challenging is it for the force to maintain law and order and protect the properties of the Railways?

A: Bengal is the second largest state after Maharashtra, which is known for its agitations and anarchy. Most of these take place in railway stations and on the tracks. Passengers lose temper may be due to the delay in trains or sometimes due to wrong announcements but all lead to unruly and rowdy means of protests.

We have our adjoining police station at Sealdah from where we take assistance when necessary. For instance, in December 2019, when the Citizenship Amendment Bill (CAB) was passed, there were a lot of protests leading to the destruction of government property, railway tracks and lines, trains and other railway equipment were burnt and damaged miserably in and around Murshidabad and Malda districts. Open firing was out of the question as the number was in hundreds. Such situations are always a huge challenge for the police.

RPF is mandated with protecting the railway property but every time any such mishap happens, they declare that it is the due responsibility of the law and order department under the state government and that they should come up with proper means to curb and prevent it. But unfortunately, even today, we have no proper legal framework which lays down the procedure of coordination between the two agencies and distinctly identifies the division of work between the two bodies.

Naturally, unless the police get to know about the protocols, it is not possible to take any action. Therefore, laws and rules must be clearly mentioned for us to function properly. Also, I have seen that in places like Telangana, Rajasthan and Jaipur, a lot of agitation takes place and a lot of government property gets damaged in the midst of all that. Stricter protocols must be developed to prevent such incidents.

A total of 77 cases of dacoity in Railways were registered accounting for 1.9% of the total cases registered (3,972 cases) in the country during 2015. Out of the total properties worth Rs 21,743.4 lakh reported as stolen/taken in all dacoity cases in the country, properties worth Rs 315.6 lakh were stolen/taken away in railways during 2015. What is the present condition? What steps have the GRP West Bengal rolled out to counter these crimes?

A: The problem with Bengal is that most of the criminals are planned and organised teams of operators who mostly function inter-state. We have a good association with the security teams in our neighbouring states and we hold meetings and exchange our discussions and try to tap these criminals. One gang was there from Haryana, who stayed at a hotel in Howrah. Fortunately, we were able to catch them from another train and they were put behind bars.

In this manner, we also try to tap drug sellers and other criminals. We have a criminal database and needless to say, in Kolkata, the number of dacoities, violent crimes and theft have decreased sharply. This is a big improvement overall.

Zone-wise, the highest number of molestation cases in 2018 were registered in Southern Railways (71), followed by Central (62) according to a recent report. How do you face this challenge?

A: A lot of molestations and crimes against women used to happen but that has reduced considerably now. Also, Bengal is a hub of trade and business, so a lot of women keep travelling to and fro from the state. We have demarcated special compartments only for ladies where no men are allowed. Also, the women police force has been deployed for patrolling inside the trains. Currently, in Bengal, we have more than 3,350 women police officers and security officers who ensure strict vigilance. Molesters are caught red-handed and prosecuted. A separate squad team is there and whenever we receive complaints, we ensure that strict action is taken. Regular patrolling is done and crimes are monitored from time-to-time to check such incidents and punish the culprits.

A gamut of NGOs like the Child Welfare Committee (CWC) works hand-in-hand with the cops to crush trafficking networks that spiral within the wide railway network of India. How do you think we can control this and what specific steps have you initiated in this regard?

A: The issue of child and adult trafficking has always been huge but we are taking initiatives to reduce these cases. We have deployed forces in every station who notify us whenever they see anything suspicious. They track these people immediately, inform the GRP and bring them to us so that we can take the necessary steps and actions. When I was posted at Kharagpur, I had to scrutinise a lot of these cases. Regular workshops are organised where a lot of officers and citizens can participate so that they can improve their way of life. But the main problem lies in the economy. Unless we improve that, no concrete changes will be visible.