More
More
HomeEntertainmentAll About EntertainmentThat I could pull off a role like Aparajito Ray was not...

That I could pull off a role like Aparajito Ray was not believable to many: Jeetu Kamal 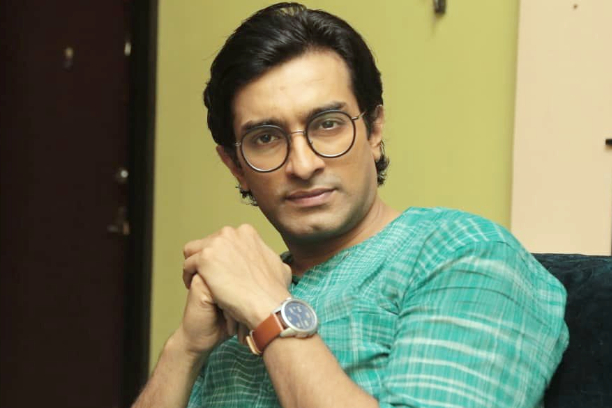 Anik Dutta’s tribute film to Satyajit Ray — Aparajito (The Unvanquished) — has made Jeetu Kamal a household name. Of course, his uncanny similarity with Ray was a bonus, but his nuanced performance in the demanding role has also made him quite a catch today in the Bengali film fraternity. Aparajito recently completed 25 days at the theatres and continues to run to packed houses. Jeetu has tasted success in television serials before, but the kind of success story Aparajito is scripting each day is rare in Bengali films. However, when you ring up the actor, Jeetu Kamal is unassumingly calm.

“I don’t get too excited. That’s the way I am. I have done my work and I am glad people are appreciating it. Now, I’m at home, reading. If I am being asked to go somewhere for promotion, I do so,” Jeetu Kamal politely responds.

Jeetu is not new to films. He has worked in Bengali films like Erao Shatru, Lime Light and Bidrohini — the last two with Rituparna Sengupta — before Aparajito happened. However, none worked in his favour, till Aparajito arrived. So, is this reaction believable?

“That I could do or pull off a character like Aparajito Ray was not believable to many,” pat comes his reply.

He then adds how his wife-actress Nabanita Das, too, thinks he isn’t ‘enjoying this phase’ fully. “But in reality, I don’t know how to enjoy it. Do I dance? Or do I shout from the rooftop?,” he says.

Then, he reveals his bigger worry. “I am tensed that if my next work does not supersede Aparajito or at least is at par with Aparajito, people might think I did this film by fluke. So, my next script is really important,” Jeetu says and takes a pause.

So, it’s the ‘future of his next project’ that’s making him jittery? “I wouldn’t say I am thinking about it all the time, but I know how essential the next script is. People have huge expectations. Today, they are clicking pictures of the tickets of Aparajito and sending it to me. Imagine, in the next film, if they crumble the tickets and throw them away, how will I bear it?,” says Jeetu.

Having worked with Dutta in Aparajito, Jeetu has become addicted to films. So, these days when he watches a movie, he tries to understand the frame and nuances of acting. Like he recently did with Alia Bhatt’s Gangubai Kathiawadi. “I seek advice from Anik da. He told me that a good script doesn’t necessarily mean it would turn out to be a good film,” he says.

Also read: Gangubai Kathiawadi review: Engaging the viewer, but disengaged from its messaging

At present, the popular Bengali TV actor wouldn’t be seen on the small screen for a while. However, Jeetu sounds a tad disappointed with those who suggested he should have left TV long back to try his luck in films. “Post Aparajito, many people are telling me that Bengali serials have kept me away from films. I get upset hearing this. Whatever I have achieved today is because of television. I will be doing injustice to the television industry if I ignore it,” he says.

In Aparajito, Jeetu has almost internalized Ray. In an industry known to ‘typecast’ actors, is he worried the audience would ‘see’ him as Ray even in his future projects? To this, Jeetu gently says, “If I can’t become another character in the next film, and people still think of Aparajito, then it’s my failure.”