The Karn – Redefining the digital ecosystem with knowledge and innovation 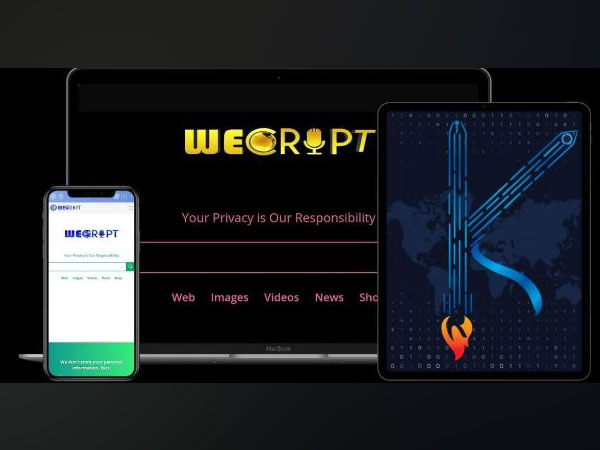 When the world’s top security agencies are grappling to deal with rampant data theft and almost every nation across the globe become a favourite hunting ground for cybercriminals and cases of data theft gallop in India then a young techie, The Karn untie the Gordian Knot.

The young, dynamic founder of sKarn Robotics, The Karn is all set to hit the global market with a gamut of products that would probably change the skyline of the cyber world.

The company sKarn Robotics since its inception in 2019 has started aiming at the grey areas of the digital world and now they have successfully created a safe digital ecosystem for millions of users across the globe with their state-of-the-art products which include, WECRIPT search engine, messenger and many more. “We already have a pool of advanced products to offer to the users and by 2022 we will have more than six products that will change the entire fabric of the digital world and take data security to its highest level”- explained The Karn, founder of sKarn Robotics.

Presently the domestic and international market is completely dependent on a few of the biggies such as Google, Microsoft and they are possessing the lion share of the 2.5 quintillion bytes of data that is generated every day in the market. “Soon international stock exchanges will sell and buy data and our personal information will be exchanged at a heavy price”- added concerned The Karn.

Surveys have revealed that data will soon topple oil, as oil is a commodity, but data is an everlasting asset. Data smuggling has been a regular activity in the international and domestic markets. The government of India has laid down multiple rules and regulations to protect the privacy of the common people, but experts believe that it’s not only government that can firewall the increasing cyber-attacks on Indian soil, but public awareness and safer digital tools can change the overall scenario that is threatening for billions of Indian users.

The Karn as a cyber expert and the innovator of the safest search engine WECRIPT believes, the mindset of the companies who are working in the digital climate should change, they should be more concerned about the best interest of the people and not on earning easy profits by selling less trustworthy products which are mostly plaguing the digital market. “Our products are at their final leg of innovation. I will not unfurl them until I am completely satisfied, and I am confident about the intention that is driving the innovation of this pool of products”- revealed the young IT enthusiast.

The company led by The Karn, the young entrepreneur from India is already making a buzz in the market and caught the attention of a few of the leading investors in India. The company is aiming to bag 15 billion in the first round which they would like to spend on their product development, workforce, and marketing. sKarn Robotics is budding yet promising start-up that is another proud flag-bearer of the “Atmanirbhar Bharat” a concept of self-sustainability launched by the Prime Minister of India, Narendra Modi. “I believe Atmanirbhar Bharat is an excellent concept that could change the future of the nation and create a strong India. I as the founder of India’s tech startup sKarn Robotics, I strongly believe in this concept and I would love to see my country India as a tech leader in the years to come”- emphasized The Karn. India’s digital market is thriving and is expected to touch the valuation of 34 billion by the end of 2030. The Indian e-commerce market is expected to surpass 110 billion dollars by 2025.

The digital divide in India is a reality and the pandemic has made it worse. Even after having an asset of more than 550 million internet users the half of its population is not digitally literate and only 19.4 percent of Indians know how to use digital services. This divide in the digital arena is making the situation worse and turning the common men and women of the nation an easy prey of data theft and other cybercrimes. “I want to change the trend to bridge this gap. I am born in a small village in Bihar in Vaishali district, Sirsaram Rai and my father is a government employee and my mother is a housewife and I have always dreamt of turning the digital wave towards the less developed areas of India. I want to establish the data hub in my village and facilities in Kolkata, Delhi and Bengaluru. That will not only spread the light of knowledge but that will also strengthen India’s foothold in the global digital world”, hoped The Karn.

“The digital tsunami can change the nation and can brighten our future and strengthen our women and change the way we think, to erase the religious divide and create one unified nation”, said undaunted The Karn.