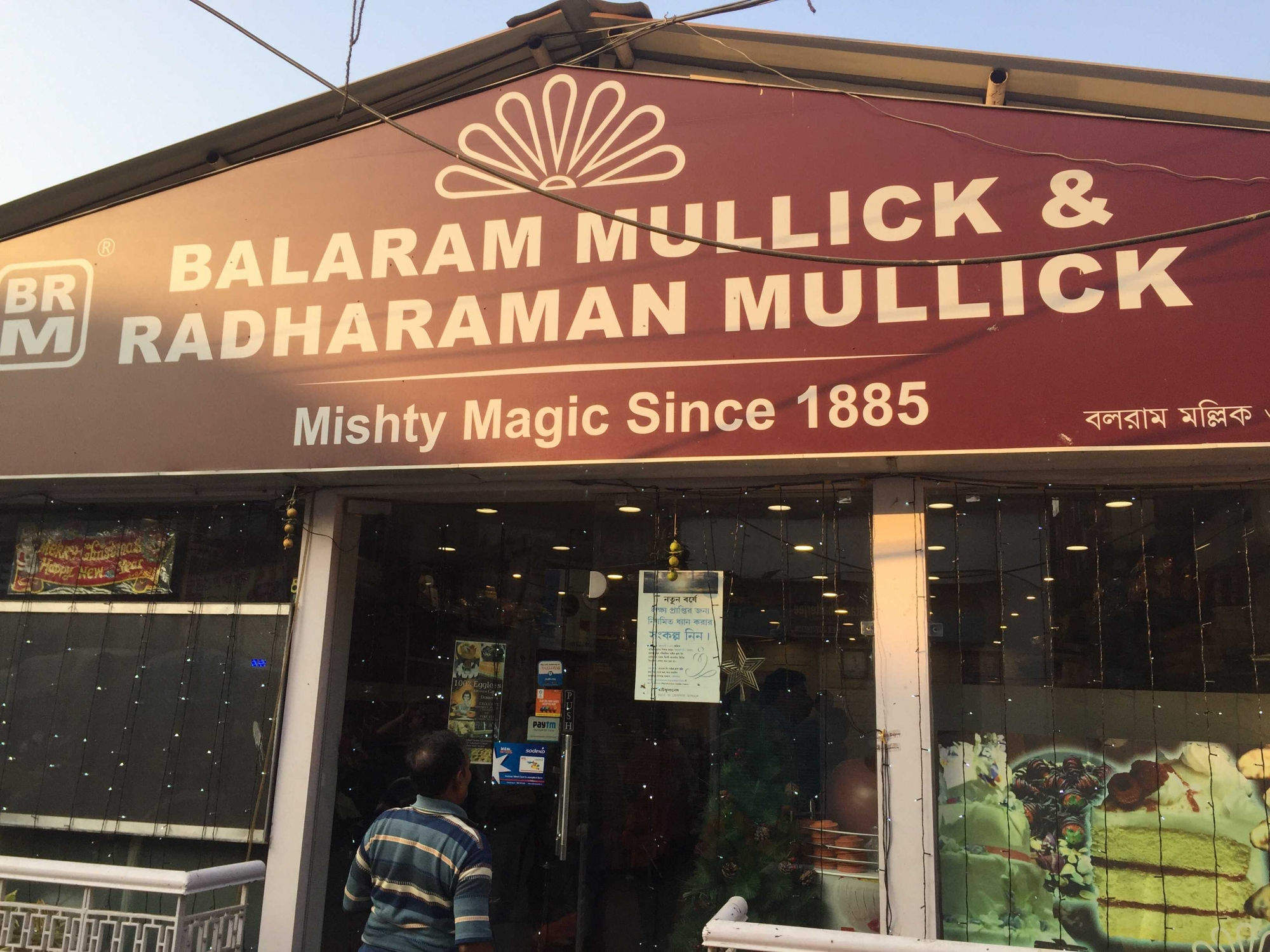 Food in general is more of an emotion to Bengalis than just a meal and popping in a sweetmeat after their meal dates back to the 18th century, when India was ruled by the British. It was in 1885 that Ganesh Chandra Mullick introduced his sweet shop to the city of joy under the name Ganesh Mishtanno Bhandar . Mr Sudip Mullick, an integral part of the renowned Balaram Muliick and Radharaman Mullick sweet shop, and an avid chocolatier reminisces about the earlier days.

Transformation Over The Years

“It was in the 1960s when the shop was named after Balaram Mullick. My father Pradip Mullick took the initiative to change the name.” Says Sudip Mullick who is a pioneer in this business. After he took over the business, he has introduced new ways to blend traditional sweet making with modern day taste buds, which has transformed the way in which the brand prepares it’s sweetmeats.
Whether it is using new machinery that meet international standards or opening new branches, they have been triumphant over the years. While their branches are burgeoning in India, with 10 outlets at Kolkata itself, he foresees expanding their operations overseas. “We have a multitude of customers abroad, so we are keen to open outlets at New York and London.” Says Mullick as he talks about how famous businessmen and tycoons including Indian Steel Magnate Lakshmi Mittal has ardour for their sweetmeats and they order in from the brand.
Despite being one of the unparalleled and cardinal sweet makers of Kolkata, they too have to face challenges of modernisation and to address that, Mullick and his team think of new ideas from time to time. He points out that “pithe, which is a unique styled stuffed dumpling which is an absolute favourite of Bengalis, were becoming obsolete with time. This was because it is a time-consuming sweet to prepare and to counter this hurdle, sweetmakers started preparing it as a signature dish to salvage traditional recipes while also making it available for sweet lovers.

Balaram Mullick and Radharamon Mullick is loved by many in Kolkata and their signature dishes include, ricotta cheese sandesh filled with date plum jaggery, dilkhush Sandesh, date plum jaggery sufle and Amrita Paturi Sandesh being Muliick’s favourite from the list as it was introduced in his wedding menu first and then it emerged to be highly cherished.

While discussing history of their sweet making techniques, Mullick goes back in time to explain how things started and have changed at present. “Through the years we have received immense love and support. Great freedom fighters like Asutosh Mukherjee, Subhash Chandra Bose were fond of their sweetmeats and have also been serving some popular customers through generations like eminent Bengali actor Uttam Kumar’s family. History suggests that the British were enamoured by Bengali sweets and found them palatable. but with changing times and to meet modern day tastes, they had to metamorphose their techniques.
“Now we use Japanese and German manufactured machines which are of the highest quality. We have replaced the wooden plates that were used to make sweets, with steel tables and initiated the use of recyclable paper plates so they can serve better and yummier dishes to mishti lovers.” Explains Mullick.

The business of sweet-making is strenuous but Mullick and his crew have been adept at it. Following the changes made by Mullick, processes have become more mechanical but some sweets like soan papdi are spesh are made the traditional way, as it requires skilled labour. However, they are trying to impart skills to the younger generation of sweet-makers so that the same taste lingers to through the ages.

The Perks Of Digitisation

With increasing sales and number of outlets, comes the task of managing them and digitization has made things easier. “We were the first Bengali sweet shop to start taking orders online and have a website.” Says Mullick who talks about the current times during the lockdown, when people have to stay indoors to fight the spread of the corona virus. To stay relevant one must always accept change and move with the times and Balaram Mullick thinks in innovative ways to keep up with the times and see their royal customers keep coming back for more of their signature sweet meats.