This IAS officer is promoting mandala art for meditation 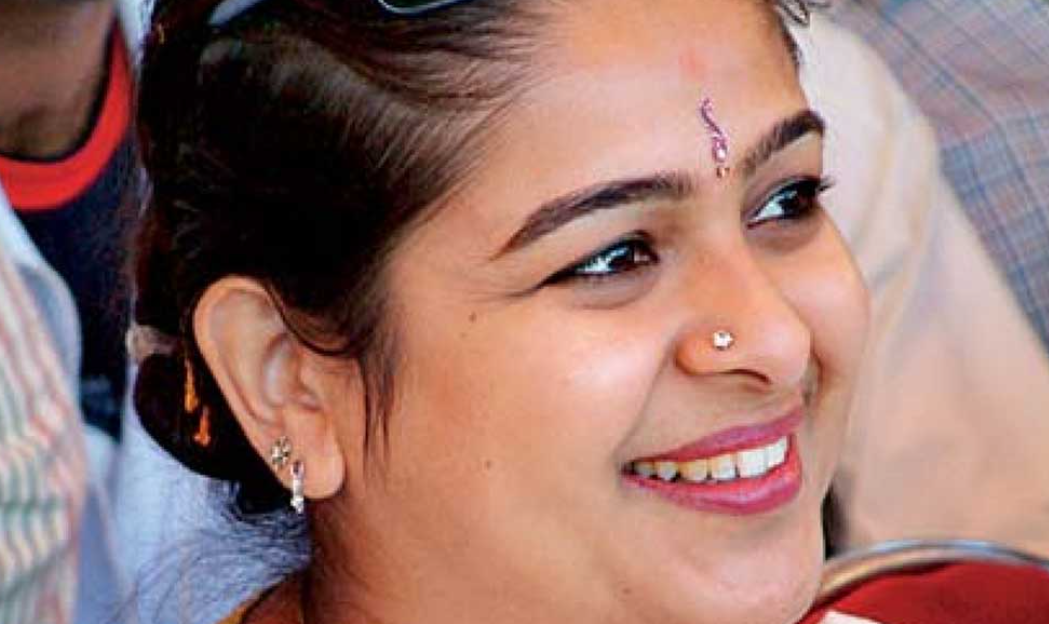 Mandala is a Sanskrit word which means “circle”. The circular shape and the geometrical shapes of mandala art are not just aesthetically pleasing but deliver a sense of calmness. This is the reason why mandalas are often used as a tool for meditation. It is proven that Mandalas reduce stress, anxiety and help to focus and reflect on life. Also, there are different patterns of Mandalas such as flower mandalas, dot mandalas and many more depending on people’s tastes.

To shed light on its importance, Mugdha Sinha, IAS, will be showcasing her mandala works at her upcoming exhibition. Mugdha Sinha who has been avidly practicing canvas paintings and mandala art for a long time, shares with us some of her personal experiences.

“Meditative mandalas that I do are basically the contemporary version of the art form. I believe that art itself requires a lot of concentration and focus which makes you forget about what is happening around you. You feel like crossing over from one world to the other. This is why I focus on meditative mandalas,” says Mudgha Sinha IAS.

Mandalas are historically known as a superior art form. In the 7th century AD, the Buddhist ‘Thangka’, which is also a separate kind of mandala, was considered to be part of the Abhidharma or the ‘Art of Enlightenment’.  They were part of the Buddhist iconography, each painting symbolically representing divinities and passages taken from the teachings of Buddha.   However Thangka art has evolved over the years from a purely spiritual genre to contemporary forms. In Nepal, Thangkas came to be known as ‘Paubas’.

Her tryst with Mandalas

Mandalas came to Mugdha Sinha’s life as a healer. “There was a period in my life when my mom was sick and I was taking her to the hospital every day for two months.  So in order to take my mind off I started doing mandalas.  It helped me to channelize my emotions towards art.  Art is therapeutic for me and thereon I continued and today, it has become a part of my life,” she narrates and adds, “Mandalas help me to focus on a particular aspect of my life and to remember God since art itself is divine.” More often, she draws flowers, specifically the lotus, since it is her favorite and the symbol of her star, Anuradha. She also draws fishes which is the symbol of infusion as well.

Mugdha Sinha’s first exhibition was on bottle art, while her second exhibition on Free Hand Meditative Mandalas and Bottle Art will be held between April 8and 14 at Sukriti Gallery, Jawahar Kala Kendra, Jaipur, Rajasthan. Around 200 bottles and 200 mandalas would be on display in the show.

Mugdha Sinha IAS will be exhibiting only her white series due to limited space. She has three types of mandalas: black on white, white on black, coloured on colour and coloured on white. Her spiritual bent of mind find expression through her art forms through which she wants to share her mantra to life.

“The best way to popularize mandala art is through exhibitions. Apart from popularizing art forms, we imbibe the idea that any creative activity done with concentration, for instance gardening, can be part of meditation, among those who find meditation difficult,” shares Mugdha Sinha IAS.

Through this exhibition Mugdha Sinha IAS wants to give out the spiritual message that one can choose one’s own tool to meditate, even if it is art. “Art is an interface with your inner being. No art is possible without divine intervention. So my mandalas are co-created with the divine. Eastern philosophy believes in consciousness and inner power. Art connects everything,” adds Sinha.

On the day Bollywood actor Sushant Singh passed away, Mugdha Sinha was painting a canvas depicting the moon and the prison. When she was about to upload it on her social media handles she got to hear about the news of Sushant’s death. “I started the painting with a mindset and something else happened. You can feel the vibration, intuition or premonition which is uncanny. Such is the power of art,” she reasons.

Her message through bottle art

Bottle art is done on empty discarded liquor bottles which are of different shapes and varieties. “I sell my waste to the garbage man and get bottles in exchange. At times I get these bottles from people who drink,” says Sinha. Apart from a series on divine art, she also has a floral, tribal, and Madhubani art collection. She paints doors and cityscapes on bottles and indulges in other themes as well.

Through her bottle art Mugdha Sinha wants to highlight that we can make the best out of waste in many ways. We need to be environmentally conscious.  “If we can convert waste bottles into art it can be used as decors,” she conclides.