More
More
HomeUncategorizedThis too shall pass

This too shall pass 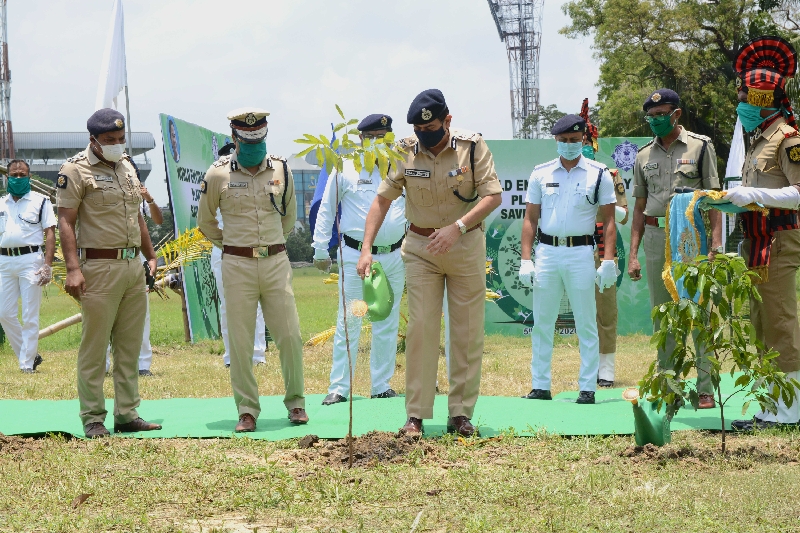 Few weeks after the city of joy was abysmally hit by cyclone “Amphan”, and it witnessed the perils of the same like smashed windows, uprooted trees and the depredation, On world Environment day it is discernible that Kolkata has started healing fast enough and soon it will retain to normalcy . On the morning of World Environment Day, Chief Minister Mamata Banerjee enthused everyone to help while the city heals from a pandemic and a cyclone , “we must all work together to restore the greenery in our state” she tweeted.

The theme for World Environment Day 2020 is, ‘time for nature’ while delving deeper into its role in providing the essential infrastructure that supports life and development.

The commissioner of police Kolkata, Anuj Sharma attended an initiative on “tree plantation” at Police athletic club today morning and urged everyone to take part in this initiative and plant trees. He further voices “We have witnessed Bengal being brutally scarred by cyclone Amphan but we can overcome this havoc if every citizen rises up to help”.

Kolkata police has been working relentlessly towards fulfilling the Go Green initiative and they have laid more emphasis on restoring greenery as Anuj Sharma opines “we will carry on with this initiative and by the next World Environment Day we aspire to plant 50,000 trees and create a wholesome environment for ourselves”.

In the Dire time of crisis when the world is fighting with a deadly pandemic everyday besides environmental damages it is crucial for everyone to stick together and help each in this struggle. As we stand at the brink of adversity fighting against a pandemic with self-quarantine, local police stations across the city are doing a commendable job at creating a safe environment for all besides catering to the needs of the underprivileged and New Alipore police station has been predominant at that. While the city has been under lockdown for a while New Alipore PS has been distributing 1000 lunch boxes everyday at nearby slum areas to feed the families in need, they have planted 100 saplings today after hazards inflicted on trees of this locale due to “Amphan”. The New Alipore PS has also formed a group named “Green Friends” to keep in touch with the residents as they have promised to assist the police in nourishing their “little members”.

While we strive through this appalling time, one must always remember there is light beyond the clouds, the government of West Bengal and the administration is operating towards the betterment of the state but as responsible citizens we too must come forward and help them lead the initiatives and fulfil them, as Commissioner of Police Anuj Sharma vocalizes “the country forms with its citizens and we will be able to step into a better tomorrow if we work together”.