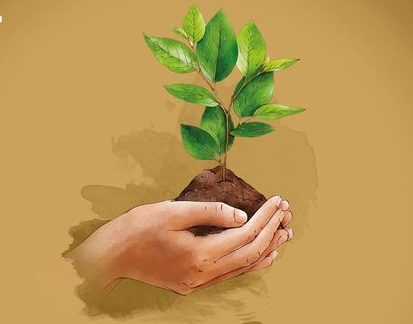 Celebrated annually on June 5, World Environment Day is the United Nations’ principal vehicle for encouraging awareness and action for the protection of the environment. The day aims to inspire more and more people to take responsible actions in preventing the growing strain on planet Earth’s natural systems.

Humans have been exploiting and damaging the planet’s ecosystems. Over the past century nearly 50 per cent of our coral reefs have already been lost while scientists say that about 90 per cent of coral reefs could be lost by 2050, even if the rate of global warming is restricted to an increase of 1.5°C.

Most of us are unaware that ecosystem loss is robbing us of carbon sinks, including forests and peat-lands, leading to a monumental crisis for which we will have to pay dearly in near future. Global greenhouse gas emissions saw steady rise for three successive years and the planet on the threshold of a potentially cataclysmic climate change.

The ongoing COVID-19 pandemic has also revealed how catastrophic the consequences of ecosystem loss can be. It is by lessening the area of natural habitat for animals, we have given way to ideal conditions for pathogens – including coronaviruses – to spread.

Against this backdrop, this World Environment Day is focused on ecosystem restoration and accordingly the theme is ‘Reimagine. Recreate. Restore’. We at The Optimist News, spoke to some officers in the Indian civil service to know their insights on this topic.

It is time to introspect

Nikhil Nirmal IAS, the Director of MSME, West Bengal said, “The word ‘development’ for an aspiring superpower in today’s multi-polar world, standing at the transition point from a developing economy to a developed economy, is a double-edged sword. Not just India, across the world, the aggressive utilisation of natural resources and the consumption rate being higher than what’s readily available, triggered by rapid industrialisation and urbanisation, has led to the disruption of Man-Nature balance.”

“Sustainable development, or to be more precise, sustainable management of natural resources is not a myth. Climate change is real, as are the reported water crisis in India, and not to mention, the steady depletion of our forest cover which has far-reaching repercussions on the flora and fauna and also the frequency of droughts and floods which are also increasing at an alarming rate,” he added.

Talking about taking a relook into our developmental initiatives he said, “There is a need to introspect and rethink the controversial mining projects in Niyamgiri Hills and along the Western Ghats with a fresh perspective. India has a long history of socio-political environment activism like the Bishnoi movement, Chipko and Appiko movements, Silent Valley movement, Jangal Bachao Andolan and many more.”

“Time is ripe to take conservation seriously in order to secure a safe future for our next generations,” he stressed.

People’s participation is the key

Athar Aamir Khan IAS, the Commissioner of Srinagar Municipal Corporation said, “This year the theme of World Environment Day is ‘Ecosystem Restoration’. If we see the kind of damage that has happened to the ecosystem it is immense. Many reports suggest that in the past 100 years we have lost almost 60 percent of our wetlands; in every 3 seconds we lose as much forest land as equivalent to a football pitch. So it is extremely important to preserve and save our earth. We need to work together to prevent environmental degradation, stop drastic climate change and take the pledge to restore our ecosystem.”

In Srinagar, to mark this year’s World Environment Day, sanitation and plantation drives have been organised across the city.

The 2016 batch IAS officer has been leading the Sundays for Srinagar campaign in the city where people come together and get involved in various drives to make the city clean. “Through the Sundays for Srinagar campaign we try to reach out and collaborate with people in the society and everyone who is interested in preserving and conserving our environment,” Athar Aamir shared.

“Moreover, in Srinagar we have many waterways, water channels and water bodies. So the restoration of the aquatic ecosystem is important for us and we have been working on that front as well,” he further informed.

“It is more about participation from people, no one organization or entity can do all that is needed. It has to be a collaborative effort, people have to come on board, they need to be active stakeholders in the whole exercise,” the Commissioner added.

Aishwarya Raj IFS, the Deputy Conservator of Forest, Parvati Division, Himachal Pradesh said, “The pandemic has made us realise that if we have to take care of ourselves we have to take care of the environment and nature as well. So I think this year should be celebrated with an even bigger cause. What we had been studying as kids about the effects of climate change, global warming, and deforestation have become a reality to some extent. Our earth has already encountered five mass extinctions. We would probably be on the brink of the sixth mass extinction if we do not mend our ways now.”

The 2017 batch IFS officer had recently converted a 2.5 acre dump-yard near the confluence of Parvati and Beas rivers into a beautiful green zone in a matter of few months. “We do not need any grandiose budget or preparation for doing any kind of plantation or green activity. If all of us including communities, youngsters, youth groups, college students, women, and self help groups can make a dedicated effort in our concerned locality to plant 50 or 100 saplings it would start making a tangible impact soon,” he suggested. The Parvati Forest Division held simultaneous cannabis removal and Deodar plantation drives today to mark World Environment Day.

“We should also realize that we cannot just pass the buck. We cannot complain about government inactivity all the time. If someone sees plastic littered on the road he can himself participate in the cleanliness drive. It is time we take ownership of our actions. The earth belongs to everybody. So it is everybody’s responsibility to be a part of the whole movement, control the damage that we have already done and start reversing the process as quickly as possible,” the DCF said.

It is time that we get our act together and understand the importance of sustainability. We need to shift from our attitude of controlling everything on earth and pay respect to nature and try to restore the harm already done. This World Environment Day, let us take a stronger resolve to work together and build a better world.