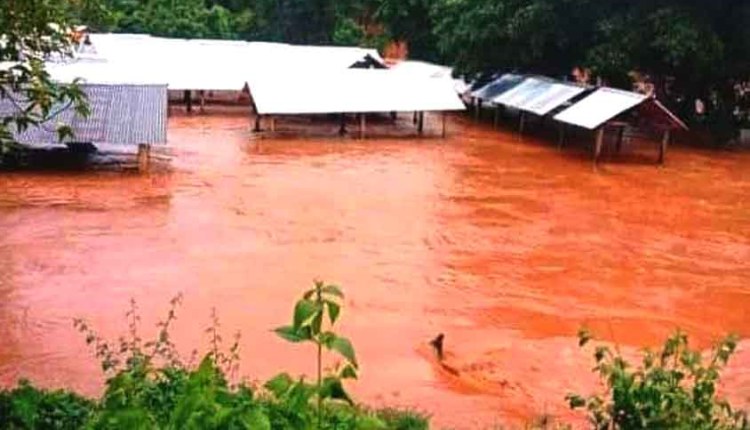 Over four thousand people from 12 villages under West Garo hills district were affected after a cloud burst over Raksamgre and Tikrikilla region, in the northern plains of West Garo Hills, has caused extensive flooding and damage inundating several  villages and washing away roads and bridges since Sunday.

Extensive flooding has damaged and inundated several villages and washed away roads and bridges since Sunday. This sudden weather pattern has forced over thousand of people in villages Nidanpur, Tikrikilla and Raksamgre regions to seek refuge on higher ground.

The Daren stream, passing through the area, suddenly transformed into a roaring river breaching embankments and washing away two wooden bridges that connected the area to the rest of the district.

District administration has also provided Gratuitous Relief to the affected people as well as other relieves also distributed. Informing this Deputy Commissioner Ram Singh said  : “As many as 4 thousand people from 12 villages are affected due to flood while many became homeless, several agricultural land were flood causing severe loss to many agriculturalist.”

An advisory has been issued against travelling on the AMPT road until further orders. The cloud burst caused the flood waters to rise over six feet in many areas inundating the entire Raksamgre market including a COVID-19 Quarantine centre at the New Model School in the town prompting authorities to move the inmates to another building located on higher ground.