To keep the green intact, Meghalaya turns to its people 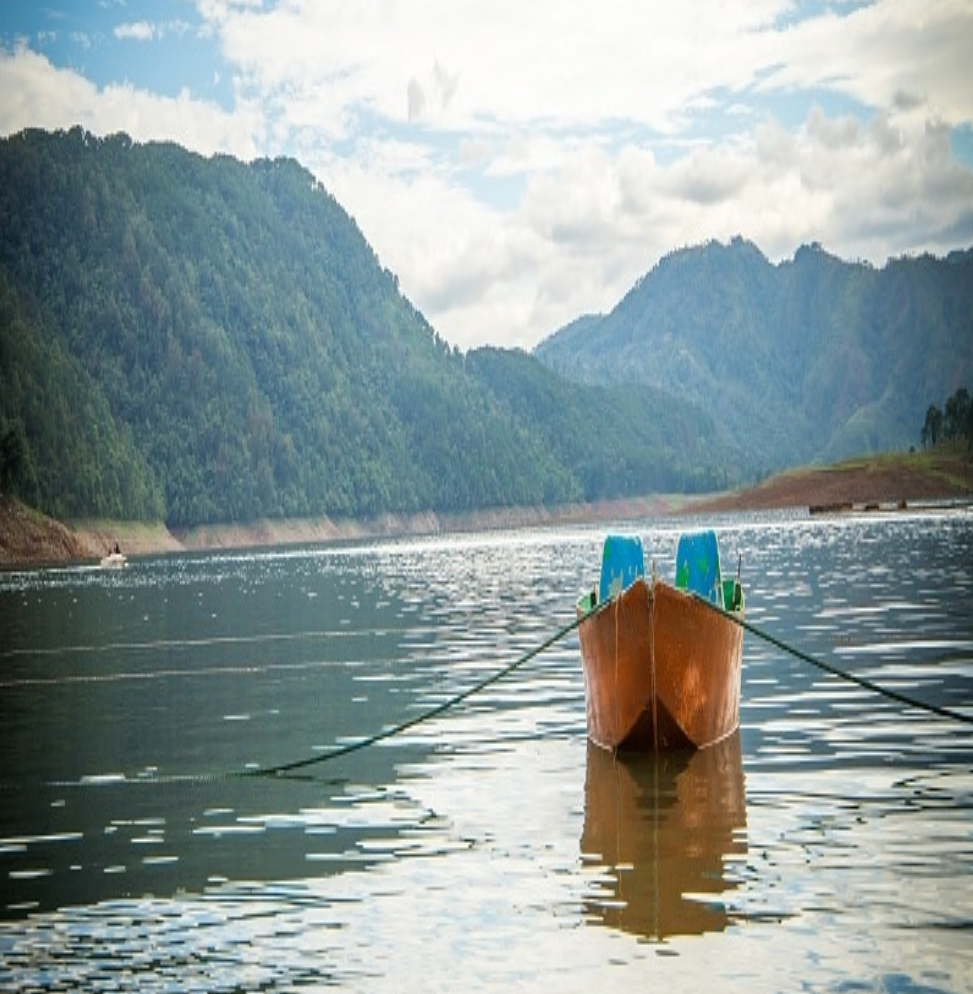 As one of India’s greenest states fights hard to keep its sacred groves protected, Meghalaya has come up with a host of policies and initiatives that have brought the state government and the communities who own the forests join hands and work towards the preservation of the region’s irreplaceable rainforests

Go Green is part of a crucial mission project of the Meghalaya government which has now witnessed the involvement of all the state’s natives from far and wide with the initiative gaining widespread popularity.

While the entire world is reeling under climate change and global warming, India too has been affected and the demand for increasing forest cover is gaining ground.

However, as one of India’s greenest states with almost 80% of its area under forests and trees, three times the Indian average, Meghalaya is both unique and vulnerable, and most vulnerable are its irreplaceable rainforests — the survival of which holds key lessons for the rest of India.

The Meghalaya government has left no stone unturned to ensure people’s involvement in planting more trees. On Environment Day last year, the people of the state planted 1.5 million saplings as part of this campaign.

“Our government is very concerned about the issue of global warming. Many steps have been taken from our side including ‘One Citizen-One Tree’ concept, which started with a programme where we urged every citizen to plant one tree and last year almost 1.5 million trees were planted,” Chief Minister Conrad Kongkal Sangma said.

The Meghalaya government focuses on mass afforestation programmes along the roads and vacant lands, streams and water catchments.

The Chief Minister also added that climate change mitigation should be planned on a priority basis and mission mode adaptation should be initiated with emphasis on the protection of water catchment areas and regeneration of the forest cover.

“We have adopted several measures to ensure catchment areas are protected,” Conrad said.

He also maintained that the community should be involved and motivated to own ownership of the trees they plant under the campaign.

Meghalaya, as we said, is unique because almost all the forest land is controlled by its people. But that has not stopped deforestation and climate change to affect the state. One can enter Meghalaya’s sacred groves on only one condition: nothing can be taken out.

“In Meghalaya, there is around 80 per cent forest cover and interestingly, the government owns only 5 per cent of the forests and rest are owned by communities and the district councils,” Lakhmen Rymbui, Forest and Environment minister said.

Seeking cooperation of each and everyone, the Meghalaya government has partnered with various communities to create a livelihood for the villagers.

“In partnership with various communities, the government is working hard to protect these community-owned-forests and also create a livelihood for the villagers around the areas,” Rymbui said.

The government also enlightens people to plant trees to compensate those that they destroy in the process of development. “Now, many villages have realised the importance of forests and they know that they cannot protect the forests all by themselves but also need to partner with the government in its preservation,” he said.

“So whoever wants to partner with us, they come to us and the forest officials conduct surveys and agreements are signed to protect the forests,” the minister added.

Calling it a success story, he added that now, students and youths have even joined hands.

The enchanting Meghalaya boasts of a diverse array of forests that capture the imagination of any and every adventurous soul who has set foot there. The lush green tropical rainforests are fuelled by heavy rainfall that they receive by virtue of their location. Meghalaya, dubbed the rainiest state of the country, gets ample rainfall annually to help the forests thrive in pristine condition.

The forests of Meghalaya are sources of some of the most important cultural traditions of the state. The verdant forests whisper legends and folklores which are so archaic that they have no written records and yet they are engraved in the minds of local tribes who are in constant touch with nature.

Chairman of the Grand Council of Khasi Chiefs John F Kharshiing, however, along with the state government also thanks their ancestors for realising the importance of green cover.

“There are religious believes associated with it, and in some cases, communities own forests and in others, it’s Hima or the king who holds the right. This acts as a perfect balance for preventing climate change,” he said.

Although the king and kingdoms are not prevalent in present India, in Meghalaya, the king is considered to be very powerful as the land here belongs to communities and both take the initiative, in collaboration with the state government, in maintaining the green cover.

“The Forest department has completed the Global Positioning System (GPS) survey,” Kharshiing further adds: “The state government has also provided the United Nations Development Programme grants that are given to these forests under the Small Grants Programme (SGP) to provide financial and technical support to projects that conserve and restore the environment while enhancing nearby villagers’ well-being and livelihood.”

While most of India receives 801 to 1,500 mm of rainfall during the monsoon months, Meghalaya receives double the amount, according to the 2019 data from the India Meteorological Department (IMD).

There is a wide variation in rainfall within Meghalaya. Some areas like Cherrapunji — once famous as the wettest region on the Earth — receive up to 12,000 mm of rainfall every year. Meghalaya’s sacred groves, some of which are rainforests, are home to at least 1,886 plant species, including orchids, bamboo, timber and medicinal plants.

Capital city Shillong, sitting on an altitude of nearly 5,000 feet above sea level, is known as the “abode of clouds” and this sobriquet is true in every sense. Here, apart from increasing green cover, the state government also focuses on having renewable energy resources, especially solar energy, in all the government offices.

As part of Meghalaya’s greenery, Nokrek National Park and Biosphere Reserve is a biodiversity hotspot of the state and it is about 45 kms from Tura. Nokrek is the highest peak in the Garo Hills and home to various species of wild animals, including elephants and Hoolock Gibbons.

The National Park is also home to a very rare species of Citrus Indica (Indian wild orange), endemic to this place, often known as Memang Narang among locals.

To initiate carbon-neutral resort at Nonkrek Biosphere Reserve, the Meghalaya Chief Minister had visited the scenic bio-reserve and the nearby Daribok village to inspect the sites selected for several tourism infrastructure and amenities that would provide a major boost.

“I have visited the site for the development of amenities in the foothills of Nokrek Park. These are two projects — one is the Swadesh Darshan Scheme where we have sanctioned close to Rs 28 crore that will be put into Nokrek and another one worth Rs 12-14 crore from the Tribal Affairs Ministry which will be for the infrastructure of tourism at the same region,” said the 43-year-old Chief Minister.

The project will start within the next two months and is likely to be completed within a year.

“Our vision is to make Nokrek a place where people will walk into a carbon-neutral resort which will be the first-of-its-kind in the state and probably in the region,” informed Sangma as he also added that solar energy and waste management would also be a critical part of the carbon-free tourism.

To boost eco-tourism and at the same time, encourage the villagers to preserve the fragile eco-system of Nokrek National Park, the government is providing training and facilities for locals to be self-reliant and raise their economy through tourism-related activities without causing any harm to the environment.

Focussing on some more initiatives of the Sangma-led Meghalaya Democratic Alliance government in the state, as part of protecting environment initiatives and making the state pollution-free, the government has started the initiative to say ‘No to Plastic’, therefore, encouraging use of glass jars in place of single-use plastic water bottles in all government functions and even during the Assembly sessions.

For pollution-free Meghalaya, the government has launched a project to ‘Beat plastic pollution with sla & pla’. This initiative is basically launched to reduce the use of plastics and use environment-friendly bags and materials. Other projects which the Meghalaya government has signed includes an agreement with a major cement firm for buying plastic waste to be used as fuel instead of coal for producing clinkers. Moreover, here plastics are being used in Meghalaya for building roads that have been welcomed from all quarters towards making the state free from plastic pollution.

As part of its green initiative and protecting the non-renewable source of energy, the Meghalaya government is now using efficient lights to cut down electricity consumption, bringing down its consumption by at least 10 per cent in the next one year.

“We’re working very hard is to ensure renewable energy is there, especially solar and other forms of renewable energy resources are tapped. Even the CM’s bungalow, the Secretariat is running 70 per cent on solar energy. We believe that soon, we will be able to ensure that all the other government departments and buildings also run on solar energy,” the Chief Minister added.

He further stated that all government offices, PHCs and CHCs should mandatorily have a certain percentage of power generated through non-conventional sources of energy. He stated that having solar energy will help in reducing consumption as the energy that is saved by government offices and establishments; schools and institutions on holidays and non-working days will go back to the Grid through net metering.

He also informed that currently, Meghalaya produces more than 300 MW of power but consumes about 1,200 million units of power.