Today’s youth are a part of the governmental process & progress 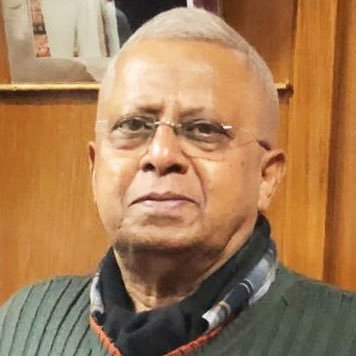 As India battles a pandemic, Soothsayer chats up with Meghalaya Governor Tathagata Roy for his insights on a wide range of socio-political and economic discourse, today’s youth and their role in politics, women’s participation in governance and the potential of the North-East as a whole. Excerpts:

As India battles Coronavirus and all-out efforts are on to limit the number of positive cases and the death tally, Soothsayer chats up with Tathagata Roy, the Governor of Meghalaya, for his deep insights into a wide range of socio-political and economic discourse. Excerpts:

Q. You have witnessed the birth of free India and its evolution at a very tender age. As a veteran politician and statesman, how do you analyse the overall journey of this most diversified nation in the world?

A. Comments on economic journey:

As far as the economy is concerned, if we compare India with countries like Germany, Japan, Malaysia, South Korea and Singapore, we see a very discouraging picture. In the 1940s after the Second World War, these countries were totally in shambles. Germany was ruined. Japan had taken the hit of two atomic bombs. Malaysia and Singapore were equally bad. South Korea was in disorder till 1953. And today, while India is still a developing nation, Japan and Germany top the list of the first world countries.

India has cut a very sorry figure by following a flawed economic policy of the Soviet Union. That said, corruption has also been a great undoing for India. Too many discretionary controls in the hands of the government along with shortage were bound to breed corruption. This led to the Emergency in 1975-77 where the Prime Minister of the country practically justified corruption, saying it is a worldwide phenomenon. These things have undone our country so much so that in 1991, we had to do a complete course correction by liberalising our economy. At that point, we were about to default on our foreign currency payments and we had to pledge our goal to the International Monetary Fund. In turn, the IMF imposed certain conditions which forced us to do the course correction. Fortunately, we had P. V. Narasimha Rao as Prime Minister and Manmohan Singh as the Finance Minister who had belief in the whole process. Even after that, it has been a halting journey but we did graduate from a 3% rate of growth to 6-8%.

Political journey as far as foreign policy is concerned during Nehru’s time was driven by what was called lofty moral posturing rather than the pursuit of the country’s collective self-interest. We used to intervene everywhere as Nehru imagined himself as a world statesman and formed some kind of a neutralist block with non-entities from different countries who came up with concepts like ‘Hindi-Chini Bha Bhai’. Eventually, that policy came a cropper as we saw India’s acquiescence to China’s annexation of Tibet and the concessions given to Pakistan while we should have been tough with them. Sadly, the chapter of the terrible persecution of Hindus in Pakistan in 1953 actually remained a hidden chapter in history.

We started to mature only during Indira Gandhi’s time when we won the Bangladesh War, created that nation and made Pakistan weak. Pakistan is our sworn enemy and will remain so because their country survives on hatred of India and the Hindus, which Nehru never understood. But from Indira Gandhi’s time, other than the Emergency, the country has been on the right track politically. We kept China at bay and won the Kargil conflict in 1999. Subsequently in Rajeev Gandhi’s time, there were scams like Bofors and HDW submarine etc, but on the whole, things started changing for good. Once we stepped into the new millennial, things improved to a great extent.

Q. You are an extraordinary student and qualified civil engineer, lawyer, professor, politician and now the governor. Which role did you enjoy the most?

A. I never practised in court, only advised people on engineering arbitrations which requires knowledge of both engineering and law. I liked the intellectual content of the work and also the independence. I greatly enjoyed being a professor and interacting with young minds at the age of 45; making them fit for the journey ahead was immensely satisfying. As far as politics is concerned, I always wanted to be a part of it but could only join at 45. However, once there, I enjoyed every bit of it. As a Governor, I have a nice house and a host of privileges and people respect me a lot, but I do not put a lot of premium on that.

Q. As the Governor of Tripura and now Meghalaya, you have spent a considerable amount of time in the North-East. Why do you think the seven sisters and one brother has never been able to earn their due? Is it a failure of our governance or political apathy?

A. My connections with the N-E are not merely by being Governor of two states. I spent my childhood in Shillong and both sides of my family have deep roots in the north-east.

The fact that N-E has remained disconnected from the rest of India is primarily because of its geographical separation. Apart from that, there has been apathy among the people of this region who have not ventured out much. The language barrier is another hurdle as the N-E has a host of indigenous languages and Hindi was not popularly spoken even 20-30 years ago. However, things have changed now as people speak Hindi with effortless ease. Another disturbing deterrent has been the insulting questions asked to the people of this region regarding their nationalities. As for the apathy of the government, there have been lesser efforts to overcome the geographical separation of the north-east from the rest of India.

Q. What is the way to recovery for the N-E which is so full of talent and natural resources?

A. Tourism potential is incredible. There are some countries whose 60% of revenues come from tourism, for example, Spain. Compared to N-E which has snow-capped mountains and forests, Spain has very less — just nice climate and beaches. Exploring the natural resources including oil, uranium and forest resources all of which had not been optimally made use of are also important.

Q. Before becoming the Governor, you were in active politics. With your vast knowledge and experience, you have seen many political developments from close quarters. How do you think politics in India has changed in the last decade?

A. There has not been much difference in the political philosophy of the UPA and the NDA. While some problems of the country were properly addressed, some were not. But I feel that the current biggest problem of COVID-19, of which the world knew nothing, has been dealt with quite ably by the government. On the other hand, things like Centre-state tensions have not yet been totally resolved.

Q. India is a young democracy. Do you think we have created inclusive governance that could be fuelled by young minds?

A. Steps have now been taken to allow youth participation in the governmental process and progress of the country. This was not possible earlier as the government was a closed box and the babus zealously guarded their turf. But today, we are in a better position to involve the youth of this country due to liberalisation, allowing private sector intervention and also by our moving away from our command economy.

Q. Is the youth of India delusional about the concept of nationalism? How do you define nationalism?

Q. Participation of women in governance has increased in the last decade. But still, the government machinery has failed to create space for them. What are the reasons that have kept us from becoming a safe and tolerant nation for women?

A. This country has always been open to the participation of women. Earlier, women had problems in coming out as they had to take care of their households and also work simultaneously but things have changed now. That said, women belonging to certain minority groups, particularly the Muslim community, have remained backwards as social taboos forbade them to come out and work with the men. The government must take bold measures to undo such taboos.

Q. We are facing an unprecedented crisis due to Coronavirus. As a nation, what have we learnt while dealing with this pandemic?

A. We can only learn as we go along and apply our lessons. This is something that the world was absolutely clueless about. There wasn’t any preparation and we did not know as to how to go about it in case of a virus attack. Hence, we can only learn lessons from it with each passing day and cannot have a fixed mindset.

Note- This interview was taken when he was the Governor of Meghalaya.