More
More
HomeUncategorizedTomorrow is what we make of today

Tomorrow is what we make of today 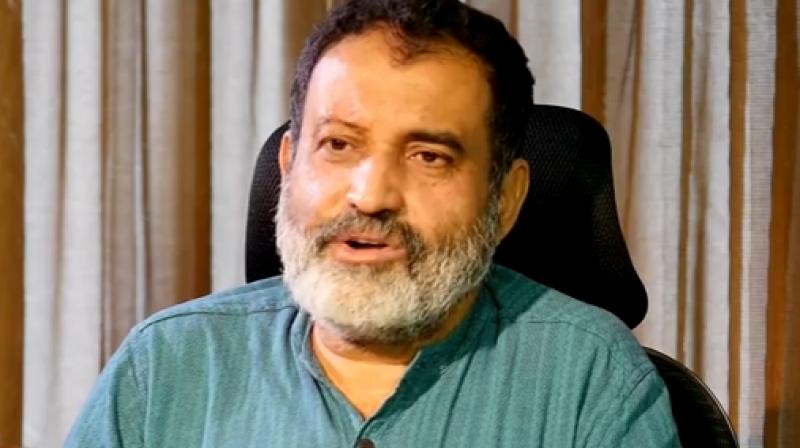 TV Mohandas Pai, the current Chairman of Manipal Global Education and the former CFO of Infosys, is known as one of India’s top start-up evangelists and angel investors. Awarded the Padma Shri in 2015, as the CFO, he has played a strategic role in transforming Infosys into one of the world’s most respected and widely known software services companies and also formulated the country’s first publicly articulated financial policy for the firm. The Infosys annual report has flourished to a great extent under his supervision and has won the top awards consistently from the Institute of Chartered Accountants and the South Asian Federation of Accountants. In a candid chat, speaking about India’s future, he says “India is growing every day” and also believes the day is not far when Indians would be noted throughout the globe for their success. Excerpts:

The road ahead for India as a whole:

According to Pai, India has a bright future as the GDP will grow with time. He says: “We have grown at 8.7 percent a year in terms of dollar of 1991-2001, we could grow at 8.79 for the next 12-13 years.” India, as a country, is bound to grow irrespective of its political scenario as is evident from the nature of Indian market that is becoming competitive day by day and expanding by joining hands with popular companies. He believes: “India lacks nothing but capital” and that “with the capitalists coming in, India’s economy will grow inevitably.”

Regarding start-ups, Pai says: “India has got the third-largest start-up ecosystem in the world and we have 39,000 start-ups creating $130 billion.” Now, India should ponder on the ideas of bringing in more capital and it should come from the business class as they should know better about where and how much to invest. He also maintains: “Only when the business class starts investing, we will see much more happening. That’s the key.” He also spoke about how the investment is being brought in from the overseas which is crucial for wealth production within the country.

Being one of those who pioneered the much-popular mid-day meal scheme that became the turning point for primary education and decreased the number of school dropouts, Pai believes that to combat the Gordian knot in the primary education system, each state should implement their policies. The issue is different in each state and it can’t be improved only by devising policies for India as a whole. He stressed that swotting for the English language is very important as it is the communicating medium in the global business forum. “The problem of migration is evident today in India,” he states.

He also states that there is a lot of wastage of talent in the name of “brain-drain” and India should take measures to create a better environment and work base for aspiring students otherwise “we’ll be stuck with the past rather than sailing into the future”. He also adds: “Talent and capital are mobile” and hence it is important to encourage talented youths of today to stay back in their country and grow together as they are the future of tomorrow. As far as primary education is concerned, Pai says the crux of it should be technology and children should enthuse on learning more and should be provided with ample opportunities to use the technology in a positive manner to learn things better. He implies that students should not only be given education but they should be taught to use it in proper ways and the correct places by creating problem-solving classes. He asserted that Bengal should invest more in innovation. As for the employment, he thinks that people should be adept in life skills and communication skills and that they should be very clear and driven toward their goals.

Pai believes the creation of brand ‘Bengal’ and simultaneous encouragement to more brands to come to West Bengal would facilitate the tourism industry of the state and help to uphold its beauty and heritage of internationally. It will enable people to delve deeper within the core of Bengal and in turn encourage flourishing of handicrafts and other tourism-related local businesses. “A brand is a trust mark that gives you recall,” he says while maintaining that tourism simultaneously increases the connectivity within states and countries leading to extensive mutual communication. He adds: “The Sunderbans or Darjeeling for that matter is such a beautiful place. They immediately appeal to tourists worldwide. What is an added advantage is that Bengal has a historical significance. People should feel more connected to the place when they visit here.

He also opines that Bengal had been the pivotal point of India’s growth and he believes with children following their dreams, the country, as a whole, is bound to achieve great heights.