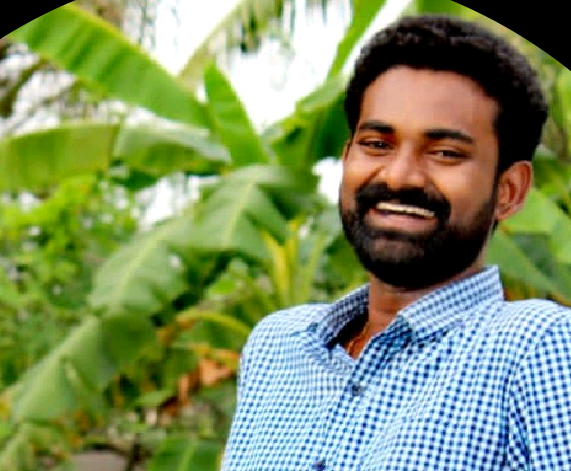 Rural-urban dichotomy is now getting blurred with the increasing interaction that largely depends upon the structural conditions such as changes in social, economic, infrastructural and environment at the global, national and local levels which in turn, are likely to affect the livelihoods of the rural and urban poor. Coming from a remote village of Antarvedi Devasthanam in Andhra Pradesh, Y.S. Michael tells The Optimist about his journey of rural innovations and overcoming the hurdles.

Embarking on the mission

Completing his education in Business Management, Michael decided to become a UC Berkeley fellow under Prof. Darwin of University of California. There Prof. Darwin came up with the project called ‘Smart Village’. Meanwhile, Michael was in the executive position at Flipkart, where he closely understood the supply chain marketing at a national level. But, coming from a village he wanted to support agriculture which is why he eventually left his secured job at Flipkart to join the developmental mission for rural areas, especially farmers.

“Later, Prof. Darwin conducted a pilot test in Mori village of East Godavari, to make farmers understand the usage of technology in making agriculture better. In this region, aqua culture is heavily practiced. This led to increased salinity of water, leading to poor crop production. We invited a global company to sort out this problem and they installed a machine that runs on solar energy and maintains ‘PH-Balanced’ water which is important for irrigation in the lands,” shares Michael.

Thomas Jefferson once mentioned, “Agriculture is our wisest pursuit, because it will in the end contribute most to real wealth, good morals and happiness”. Witnessing the agricultural economy from close quarters, Michael says, “Everybody looks at the farmers as farmers, I want to make people look at them as industrialists who make money, take pride in them and leave a legacy to their next generation. To accomplish this, we have started #Mission4kisan, where we are attempting to meet 200 farmers every week and give them access to technology. We are working with Indian Governnent and inviting global companies like Google, IBM and Usha International to join the Smart Village Movement and create an impact.”

Speaking about the present conditions of Farmers across the country, Y.S. Michael mentions, “Every farmer should now adapt to technology, so that they can act as industrialists. This will reduce middlemen exploitation as I am concerned with marginal farmers who often depend upon middlemen from cultivation to harvest of the crops. Also, for the interest of the larger community and building an upward curve in the agrarian economy, farmers should be willingly adapt to the upgradation of agricultural reforms.”

Understanding the stature of farmers from a closer proximity, Michael also mentioned, “I have seen that farmers are not really interested in any kind of bolls and amendments, rather they are interested in the price of their crops and how much savings they can make from their hard-earned money. I believe farmers need to be educated, they should be made well aware of upcoming projects including the Smart Village program and many others.”

Being a core member of this initiative for almost three years, the innovator shares about the problems, the villagers were facing, on ground level and how friendly technologies changed the situation. “There are mainly three sectors, on which we worked hard. First is the Youth Problem, due to lack of employment there was a serious problem of migration of rural youth to the cities and towns. We invited a global level automobile company and invited the dropouts from the village to the Skill Development Centre for ASDC & NSDC Certification with 100% job assurance. We connected them to the semi-urban places in and around including Hyderabad, attempting to reduce the problem of migration among youth,” he informs.

The second problem Michael and team dealt with was the farmers. “To develop a healthy agricultural ecosystem, we focused on capacity building, strengthening the farmer organization to an efficient, effective and productive body. We also attempted to connect the SPOs (Sales at the Point of Service) with the corporate, exporters and startups, this in turn increased self-sufficiency among farmers as it abolished the role of middlemen. We also invited other companies with innovation like Blockchain Management to track crops in the fields and also to maintain absolute transparency in transportation during the post-harvest period,” he adds.

The third hurdle as shared by Michael was empowering women in true sense. “We found that most of the women in SHGs (Self-Help Groups) were sitting idle. We provided them with additional sources of income and in doing this we invited Usha International to train women in weaving and sewing and also in business models and ways to pay back bank loans,” concludes Michael.

The initiatives of Smart Village and Mission4kissan are continuously striving to achieve the goal of strengthening the agrarian economy to its peak. Good luck!Show quoted text