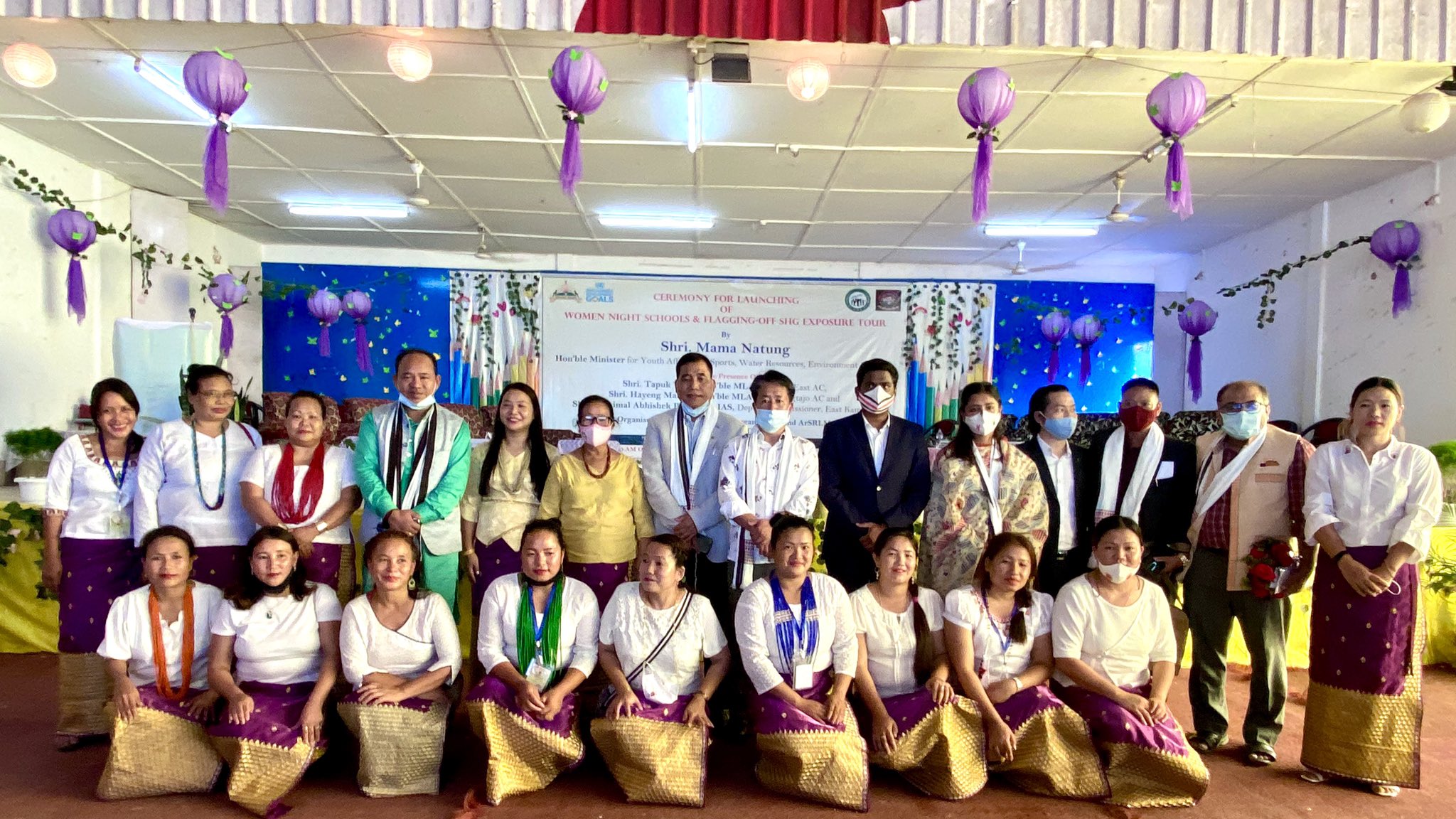 The world is re-aligning its development goals to lead us towards a sustainable future. In the remote district of East Kameng of Arunachal Pradesh, a young 2017 batch IAS officer believes that sustainable Development Goals would be taken care of if women of our country are sufficiently empowered.

Pravimal Abhishek Polumatla, IAS who is the Deputy Commissioner of East Kameng district has recently started an initiative of night schools for women. In the first batch, 60 rural illiterate women have been selected and are being trained on 5 thematic areas like basic literacy, numeracy, financial literacy, women and child rights and general well-being which would also include their emotional well-being, health, and nutrition.

Explore beyond the horizons

Moreover, an exposure visit has also been planned for women where the district administration is making them visit some successful NGOs or SHGs who are working in Assam.

The Deputy Commissioner said, “While interacting with these women I noticed that their worldview is very limited. They have not explored places beyond the East Kameng district. For them, the biggest town they have ever visited is the district headquarters. Thus, we have planned this initiative so that they can at least cross their geographical boundaries first and see what women of their age groups are doing in Majuli or Tinsukia.”

“Once they cross the geographical boundaries, I am confident they will cross their mental boundaries and gain confidence, learn from them and come back and tell those stories to other women. Having exposure to what other women are doing in other parts of the country is the key thing to make them aware and assert their rights in whatever domain it may be,” he added.

East Kameng has a mountainous terrain where enabling access to government services might be difficult. While infrastructural issues are being addressed and the government is firmly working on reaching the last mile, the only practical way forward, for the time being, is to ensure that the community responds adequately.

The East Kameng district administration is working on building the capacity within the community so that essential services reach the right people in an equitable manner and everyone is taken care of.

However, if half of the members of any community are not participating in socio-economic life we are deprived of their perspective and their efforts. “Effective participation of women is indispensable to bring community action into the picture and achieve any progress on sustainable development goals. If every member of the community participates, sustainability will be much stronger,” Pravimal Abhishek, IAS reiterated.

In his previous posting at Puducherry, Pravimal Abhishek has been a witness to the willpower of SHG women who constructed the toilets under the Swachh Bharat Mission on their own instead of outsourcing the work to any contractor.

In East Kameng as well Pravimal Abhishek has seen the indomitable spirit of women SHG members. Once some school furniture was stolen and two SHG had taken up the issue. They questioned the SMC and asked them to initiate action. When that did not happen, a Gram Sabha meeting was called, and a new SMC was formed with the SHG members. The women identified every single desk and bench from wherever it was taken away and brought the furniture back to school, the Deputy Commissioner said in appreciation.

The rest will fall in place

Even in sectors like agriculture and healthcare active participation of women has shown very promising results. The East Kameng district team is working proactively on ensuring this objective and working towards capacity building of various SHG women.

“Education and awareness is the fundamental thing that would lead to empowerment. Our women have never realised that they have so many rights and can do so much,” the Deputy Commissioner said.

The UN Sustainable Development Goals have highlighted that on account of the pandemic the burden of unpaid and domestic care work has increased which has squeezed women out of the labour market. However, the situation in the East Kameng district points to a different scenario as the pandemic has created more opportunities for work in the district.

A few years back most of the vegetables, poultry products or fish used to arrive in East Kameng from Assam. Last year East Kameng experienced heavy rains and the roads to Assam were blocked which led to a shortage of supplies coming in from Assam. The district administration encouraged SHGs to take up kitchen gardening and their produce was in demand due to a shortage from Assam. This has created opportunities for them and inspired others to take up farming as well.

Their success inspired people to support the Vocal for Local campaign not just for farm products but for non-farm products as well. It has been thought that if women SHGs of the district produce local handicrafts and other items the locals would purchase them from the local SHGs themselves since they are much cheaper and are of good quality. This would lead to the economic independence of women which would, in turn, empower them to make decisions in future.

Pravimal Abhishek Polumatla who is presently leading East Kameng towards an equitable and sustainable society is an IAS officer of the AGMUT cadre. Having completed his B.Tech and M.Tech from IIT Madras in Mechanical engineering he sees technology as a great enabler in society.

Pravimal Abhishek started a telemedicine service at Seppa which helped citizens from far-flung regions to connect with doctors using a simple technological solution. This helped in overcoming the problem of shortage of doctors in those remote areas and reduce out-of-pocket expenditure as well.

Pravimal Abhishek said, “As an engineer, I am trained in analytical and problem-solving skills and reduce any complication into a simple solution. I have used the same analytical approach on the field, and it has been an enriching experience.”

The Deputy Commissioner of East Kameng district hails from Andhra Pradesh. Initially, the transition to Arunachal Pradesh was difficult for him on a personal level. “I had prepared for UPSC with Anthropology as an Optional and I love the subject as much as I love Engineering. I learnt about various tribal cultures. Though coming to Arunachal Pradesh was a tough transition, however, working closely with various tribal communities and understanding their culture was an enriching and exciting experience,” he shared.